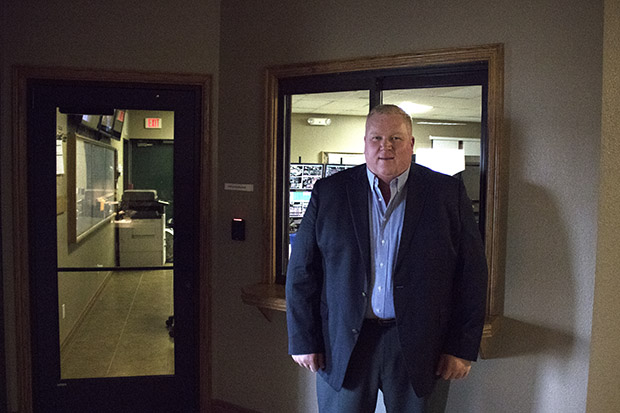 Oklahoma’s boom in man-made earthquakes has become a national security threat. It’s easy to understand why.

The ground is shaking near Cushing, Oklahoma, home to the largest commercial crude oil storage center in North America, where big money is made storing and moving crude. The massive oil hub is connected to dozens of pipelines and lined with hundreds of airplane hangar-sized tanks currently holding an estimated 54 million barrels of oil.

A 4.5-magnitude earthquake recorded near the hub on October 10 triggered inspections at a tank farm owned by Enbridge Energy, one of the largest operators in Cushing. No damage was found, says Mike Moeller, senior director of mid-continent assets.

“We’ve not experienced any issues, any deformations or releases that were caused because of an earthquake,” he says.

The story is the same throughout the hub: No earthquake damage has been reported — yet. 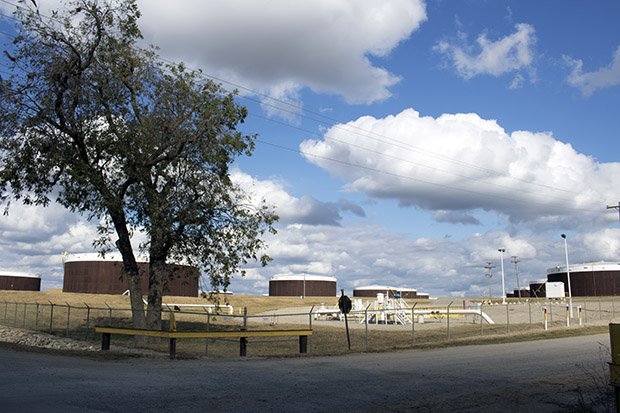 Crude storage tanks and pipelines at the oil hub in Cushing, Okla.

Researchers and federal security authorities, however, say the earthquakes imperil the Cushing hub, which links North American oil fields with Gulf Coast refineries and plays a critical role in the U.S. energy market as the delivery point for NYMEX crude oil futures.

Daniel McNamara, a research geophysicist with the U.S. Geological Survey, sounded the alarm in a peer-reviewed paper published in the journal Geophysical Research Letters.

“I have had conversations with Homeland Security,” McNamara says. “They’re concerned about the tanks mostly.”

The new research centers on a series of troubling earthquakes that shook below the oil hub in October 2014. McNamara says the Cushing quakes and the faults that produced them are strikingly similar to those near the town of Prague, where the largest quake ever recorded in Oklahoma happened in 2011.

The Prague quake injured two people and damaged more than a dozen homes. It was a 5.6-magnitude earthquake triggered by smaller foreshocks in the magnitude 4.0 range, McNamara says. He’s worried the Prague pattern could repeat in Cushing.

McNamara says the two places have something else in common: wastewater injection.

The oil industry practice of pumping fluid underground to dispose of drilling waste or boost oil production is now linked to almost all of the significant earthquakes ever recorded in Oklahoma. Officials worry that if a quake like the one that occurred in Prague struck Cushing, operations at the oil hub could be disrupted — the effects of which could surge through the U.S. energy market.

Back in Cushing, Moeller says the tanks in Enbridge Energy’s fields were built to national construction standards that account for ground shaking from small earthquakes. Other measures are in place that could help minimize the environmental impact of a tank rupture, including earthen berms designed to contain more liquid than the tanks hold.

Tank farm operators also can pump oil out of a tank if a crack is discovered, Moeller says.

Inside Enbridge Energy’s control center at the Cushing terminal, two men sit behind banks of screens flashing with sensor readouts and pipeline data. It’s like tank farm Mission Control. When an earthquake strikes, the crew decides whether the shaking is severe enough to inspect the tanks in person.

“They go to the USGS site, look at the maps, look at the guidance that’s given there — the data that’s recorded,” he says. 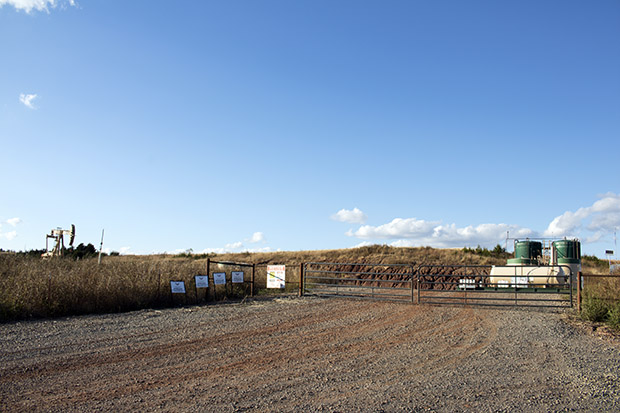 After a 4.5-magnitude earthquake was recorded near Cushing in October 2015, state regulators ordered oil companies to shut down several disposal wells, including the Ethridge 25-3 disposal well operated by American Energy-Woodford.

After the 4.5-magnitude quake in October, the control center ordered detailed inspections of storage tanks, Moeller says. State regulators at the Oklahoma Corporation Commission responded by shutting down and limiting injection at nearby disposal wells. McNamara, the USGS researcher, says that was a smart move.

“I think it can be managed,” he says.

Regulators shut down disposal wells after the quakes in 2014. McNamara says that seemed to slow the shaking — at least for a while. The earthquake activity near Cushing resumed when the wells were allowed to come back online.