In a 2019 English class at The Academy of Seminole, students write descriptive essays. Charter schools like this one are slated to reap the biggest benefits from a recent State Board of Education action to equalize funding between charter and traditional public schools. 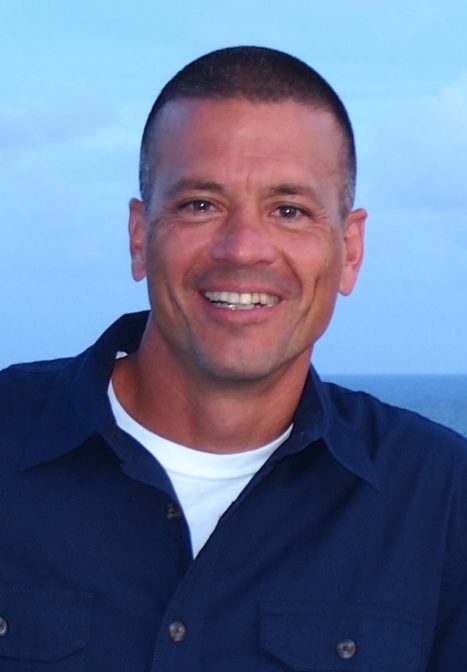 A recent resolution announced by Oklahoma’s State Board of Education will transform education funding in Oklahoma by equalizing funding for charter and traditional public schools.

The resolution, introduced by recent Gov. Kevin Stitt appointee Trent Smith, will open up funding streams for charter schools that had previously been off limits. It comes as a vehicle to settle a lawsuit filed in 2017 by the Oklahoma Public Charter School Association.

That suit alleged the state didn’t fairly fund charter schools – schools that public school students can opt into attending, which are overseen by a sponsor and free from some state regulations.

Charter schools don’t receive some state funds as well as monies from local taxes. The resolution would change that effective July 1.

It’s been sharply criticized by a number of public school advocates.

“This change is likely to have a seismic effect on school funding across the state, the ramifications on schoolchildren are yet to be fully understood,” she said in a statement after the vote.

Both Tulsa and Oklahoma City Public Schools superintendents Deborah Gist and Sean McDaniel criticized it and asked for it to be rescinded.

The reactions aren’t too surprising to Chris Brewster.

Just like for everyone else, the settlement agreement and resolution came as a surprise to him. He wasn’t expecting the issue to be resolved at the March meeting. But, it’s a welcome one and it’s long overdue, he said.

This transcript has been lightly edited for brevity and clarity.

Robby Korth: So how has how has missing out on this money affected your charter school district?

Chris Brewster: We began our school in a church basement and then progressed to an old YMCA and then expanded into a school district site that had been surplused that was built in 1906, we built in Early Childhood Center and an old armory and a sixth grade center and a grocery store So literally for 20 years, charter schools like Santa Fe schools have had no way financially to expand facilities to even a modicum of equality. But generally, charter schools have to take the slice of the general fund that we have and pay for rental facilities, maintenance, we can’t afford busses, we can’t afford band uniforms and computers, all of those have to come from general funds that were originally designated for direct instruction.

Brewster: I do believe that we need significantly more funding dollars in the public school system in our state. And I do believe that we have not paid attention to this deficit for some time. None of that, however, rights the wrong that we believe has occurred for nearly 20 years and funds that were generated for charter school kids but were not making it to charter school kids. And I’ve spoken at length to many, many fellow superintendents who obviously have been hired to be the fiscal agents and overseers in their districts, and they should be concerned about any contraction of their state funds. However, these are not funds we believe ever belong to other districts. And it is an issue, frankly, of justice in my mind that we’re talking about here.

Korth: Now, what’s the ultimate goal here? I mean, how can charter schools and traditional public schools that we all have in our minds, coexist across the country, but specifically in Oklahoma?

Brewster: There are about 105,000 school age kids in the Oklahoma City metro area, and it encompasses multiple districts. And the question we need to be asking is, do we as a society have the capacity to provide 105,000 quality seats to each of those kids? The answer, I think, is an unequivocal yes. Do we think the public school system can do it by itself? It hasn’t. Do we think private schools can do it? No. Do we think that virtual schools can do it? We think that that home school can do it? Do we think that charters? No. But I absolutely believe that a collective approach with the children at the heart of it can yield results. I absolutely believe that if we will get our adult act together and say how do we support strong schools no matter what kind of schools they are, suburban schools, rural schools, inner city schools and hold accountable schools that are not creating great learning environments. Can we produce one hundred and five thousand great seats? I absolutely think we can. The long game here is a great seat for every kid in Oklahoma, and this is a step toward that.

Korth: One of the concerns I’ve seen is this is going to this is going to point more money toward than has been pointed toward them in the past. I mean, they enroll about… three quarters… of public charter school students in the state. They are, as you know, subject to a fine by the state board of Education right now that they’re not paying back, there’s an ongoing criminal investigation. We don’t have to go over all the headlines. But, you know, do you think that it’s a problem that they’re going to see the biggest benefit from this?

Brewster: Well I think that that remains to be seen about whether or not those funds will actually flow to every public charter school, regardless of iteration, whether it’s bricks and mortar, blended or virtual. I think that’s one of the things that is yet to be sorted out. I also think that there is something to be said, about 60,000 families making the choice to go to Epic. And it’s an incredibly diverse population of families and students that are being served in this manner. So I think there are ways to hold, again, the adults accountable and we should be held accountable, whether we’re a traditional district like a Western Heights that’s having to come to terms with some issues or many other traditional districts that still struggle with errors made by the adults in the equation or charter schools like those that have been shut down because of either mismanagement or poor performance. I think every one of us should be held accountable for the way we treat our kids, virtuals included. So I think I think some of this is going to come out in the wash in the next few weeks and months. But I also think that when you’re operating within the law and you’re giving parents choice, we need to respect the choices that parents are making and consider what those 60,000 families are saying when they say we need to go to a virtual school.

Korth: Have you communicated with Oklahoma City Public Schools or Tulsa Public Schools about this? Because they were party to that lawsuit. (OKCPS superintendent) Sean McDaniel had a press conference this morning where he basically said this came out of left field for them as well and they were very much opposed to it, obviously. But what have conversations been like with them or have there been any?

Brewster: So Oklahoma City Public Schools will no longer be our authorizer as of July 1. That’s for a number of reasons. But as far as communication about this particular settlement, we have had none. And I don’t anticipate that we would because we for many, many months or even years have been engaged in this and received no communication from them about a desire to settle for any type of compromise. And they’ve been a party to this. In fact, it’s been in court. You are contending for your own institution’s best interest, and that’s what we would expect them to do. So there hasn’t been any communication with them directly on this at this point. I’d be happy to talk to them if they’d like to visit with me, but I’m not sure what that would accomplish beyond where we’ve already sort of trod that pathway.

Korth: Do you want to see Oklahoma City Public Schools be successful?

Brewster: Oh, yes, absolutely. Absolutely. We have to have successful schools in all of our cities, especially our big cities. So there’s this piece about charter schools providing competition. But I saw something that spoke to me about this, my real heart in this, that they can’t compete with me. They can’t compete with my charter schools because I want to see them succeed as well. And you can’t you can’t compete with somebody who also wants your children to succeed. I have neighbor kids that go to many of our children’s siblings and friends and family members go to an Oklahoma City school. I cut my teeth at Capitol Hill High School. I have a deep and abiding love for public schools and the public school system. That being said, I absolutely expect Oklahoma City to step up and improve. The way that you should if you want to put me or the charter schools out of businesses build a better product. I mean, it’s absolutely true that if you have what your families need, they don’t look anywhere else. And I would expect for those truths to be becoming even more true. I love the fact that now in south Oklahoma City, there are great schools like Southeast High School, Dove Science Academy, Santa Fe South schools that our families can, we can compete for these families to find the best fit for them in some iteration. And I want to see them succeed because that means my families here in the south side have great options. We need all the competition we can get for our families, not against each other, but to compete for the affections of our families and the ability to serve their kids.

Korth: Well, yeah, but how is Oklahoma City Public Schools supposed to do that with less money?

Brewster: They don’t have enough money, but they have a lot more money than we have. Right. So this is again, money that we would say just like the per pupil money that already comes to us. Many folks say charters are there, they take money. We don’t, this is money that was generated by the public to educate this child. And so it should go to where this child is being educated, period. This money was not generated to support a system. It was generated to support a child. And I think we have because most institutions risk losing their ultimate vision or ultimate understanding of that have got to come to terms with these are public dollars for the children, not for the schools. And it’s a public education that we’re looking for, not a public education institution, and I think it’s a nuance that’s important, none of us have the right to be employed as teachers. It’s an honor to serve our public. And many of the institutions seem to come forward with this idea that we have the right to exist, the right to be employed, and society should keep us employed no matter what we do. And that is nonsense. If we don’t serve our communities well as a charter school, we should be out of business as soon as possible. Period.