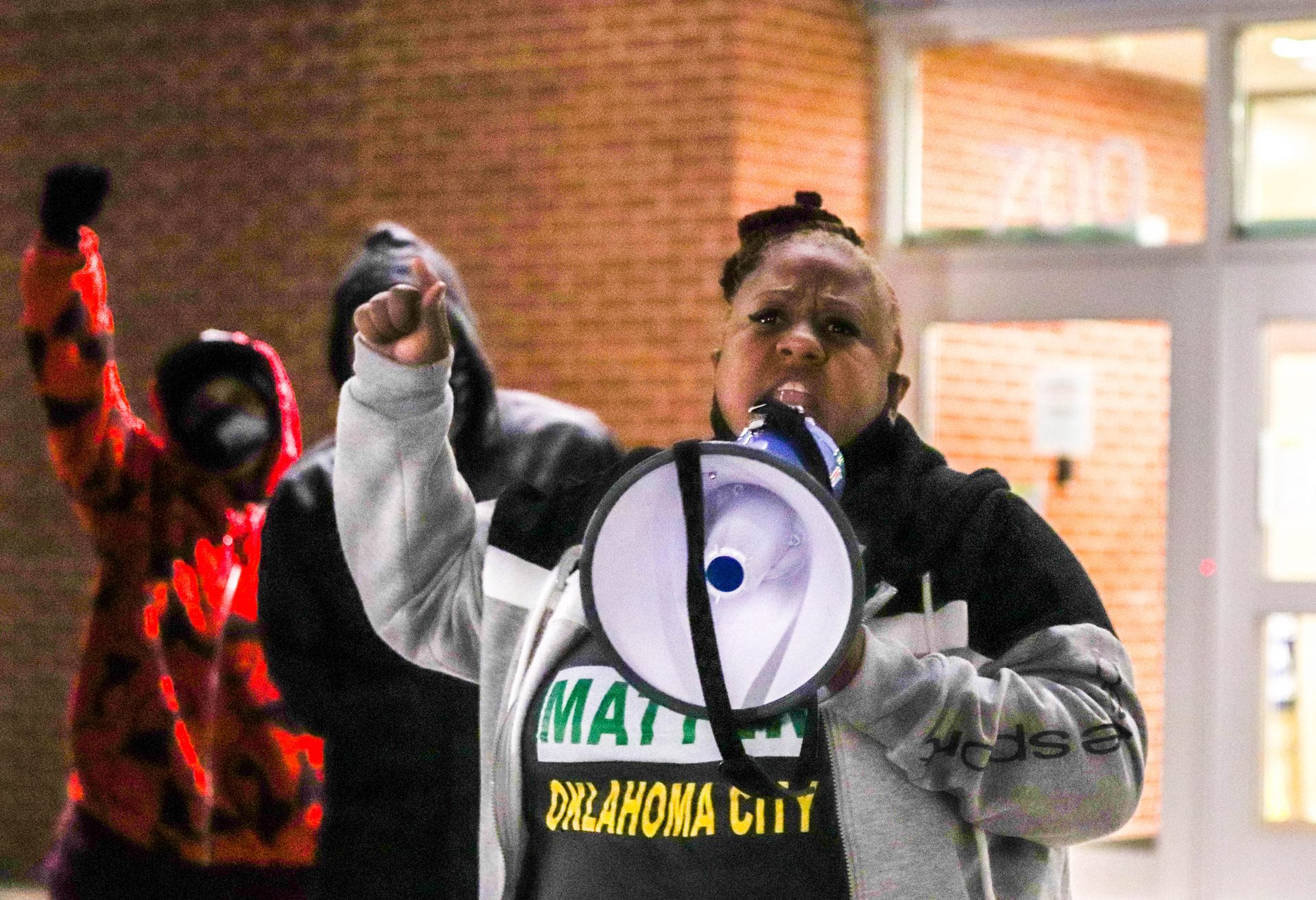 The Oklahoma County District Attorney’s Office charged an Oklahoma City police officer with manslaughter on Thursday for killing a Black man who had a history of mental illness.

On December 11, 2020, Oklahoma City police responded to complaints that 60-year-old Bennie Edwards was bothering customers outside a strip mall.

Detective Bryn Carter – an Oklahoma City homicide detective assigned to review the case – said in an affidavit that the first officer to arrive, Sgt. Keith Duroy, called for backup and specifically for a unit that carried a taser.

Police say Edwards had a knife and told Duroy to leave.

Sgt. Clifford Holman – one of the officers who came to back up Duroy – brought a taser. According to the affidavit Edwards pointed the knife at the police and again told them to leave.

The officers ordered him to drop the knife multiple times and when he didn’t Holman used the taser on Edwards twice – it didn’t subdue him.

Carter’s affidavit said Edwards ran towards Duroy with the knife after the second attempt to tase him and then he turned and ran away from the police.

Duroy and Holman fired lethal rounds. Holman fired three shots “unnecessarily,” according to the affidavit. One of the bullets hit Edwards in his upper back.

A bystander video of the shooting was posted to social media and sparked a loud public outcry denouncing the officers’ actions. Police have not yet released their own video of the encounter and subsequent shooting.

According to state law, first-degree manslaughter carries a punishment of at least four years in prison.

Second-degree manslaughter is punishable by at least two years in prison and no more than four years, or no more than one year in a county jail.

Homicide is manslaughter in the first degree in the following cases: