Students talk during a forum hosted by Oklahoma Engaged and Generation Citizen. 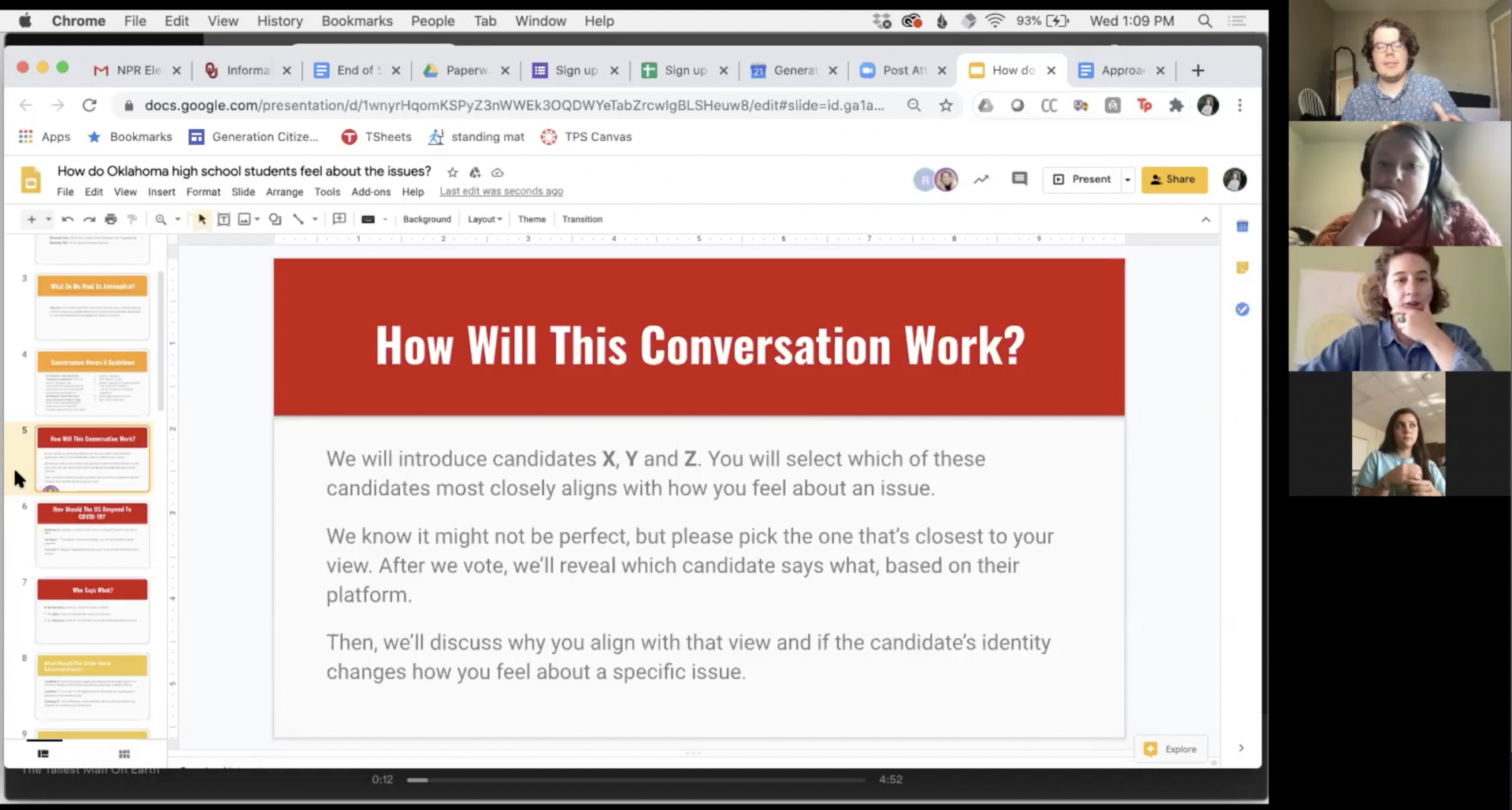 Presenters address students during a session hosted by Generation Citizen and Oklahoma Engaged. In the leadup to the 2020 election, the organizations came together to ask young people from across the state how they felt about political issues.

Most Oklahoma high schoolers can’t vote and that isn’t lost on them.

So in a series of Zoom focus groups last week, StateImpact and Generation Citizen asked Oklahoma high school students for a discussion about how they are consuming and using information about each candidate’s campaign and platform.

In three, one-hour sessions moderators asked students how they felt about presidential candidates stances on an array of topics. The dozen or so students responded by filling out polling data and having brief discussions.

You can hear highlights of the conversations moderated by StateImpact’s Robby Korth, Generation Citizen’s Elizabeth Sidler and KOSU’s Kateleigh Mills below.

How did the students actually vote?

This being 2020, there were a few technology issues with a couple of the civics students voting in Duncan. So the numbers aren’t entirely consistent. But you can take the quiz they did below and see how your thoughts compare to those of the teenage panelists from Oklahoma City, Duncan, Coweta, Stilwell, Pawnee and Alva.