3,175 prisoners have tested positive for COVID-19 and more than 1,000 tests are pending 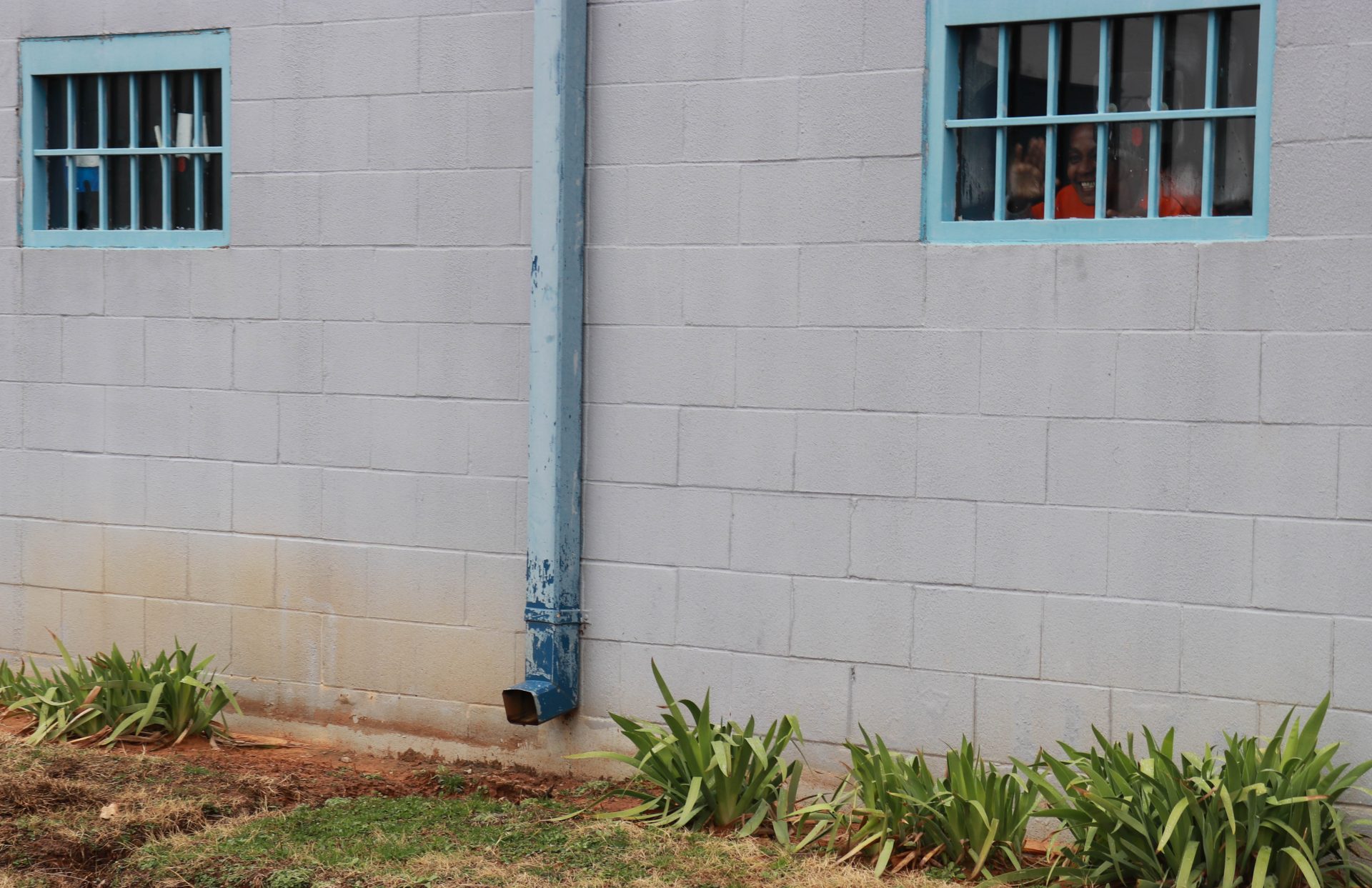 In the early days of the pandemic, Geneva Phillips was ordered to stay in her bunk nearly all day for almost a month. She remembers being sore and miserable.

“You’re not allowed to get off your bunk unless you have permission to go to the bathroom, use the phone, use the microwave,” Phillips said.

Phillips says it was one of the worst experiences from her more than eight years behind bars. She has six more years to serve at Eddie Warrior Correctional Center in Taft.

In April, the Oklahoma Department of Corrections began limiting prisoner movement as a precaution against spreading COVID-19. Other prisons have cells which make it easier to keep prisoners separated from each other.

The “bunk arrest” Phillips describes is indicative of a flaw in Eddie Warrior’s design. The minimum security women’s prison has open dorms where large numbers of women live together.

“The dorms hold between 130 to 160 people and we are literally an arm’s length away from each other at every turn,” Phillips said.

She and corrections officials believe the layout is a large reason why COVID-19 swept through Eddie Warrior so quickly.

A series of outbreaks

Eddie Warrior is one prison in a series of massive COVID-19 outbreaks that have plagued Oklahoma’s corrections system in recent days.

“I had already been sick and mostly recovered by the time they tested us,” Phillips said.

Phillips had very mild flu-like symptoms, but others weren’t as lucky. Nine state prisoners have died after testing positive for COVID-19. Two of those people were women incarcerated at Eddie Warrior.

The Department of Corrections hasn’t reported what caused their deaths yet.

The agency is drawing heavy criticism for its steep rise in COVID-19 cases. Most of the 3,175 total cases recorded as of Sept. 23. were first reported in the past month.

Where did the infections come from?

Many prisoner advocates believe the novel coronavirus is spreading in prisons because they’re too crowded and the state isn’t testing enough people for COVID-19.

But, Department of Corrections Director Scott Crow says the agency’s strategies were mostly working until he risked more exposure in attempts to balance his budget and fulfill the agency’s role. State lawmakers cut the agency’s budget by $24.4 million in reaction to an impending fiscal crisis.

Crow said he moved prisoners out of several state and private prisons to help absorb the cuts.

“I believe that those transfers and the receptions from county jails is what actually triggered the spike in our numbers,” Crow said. 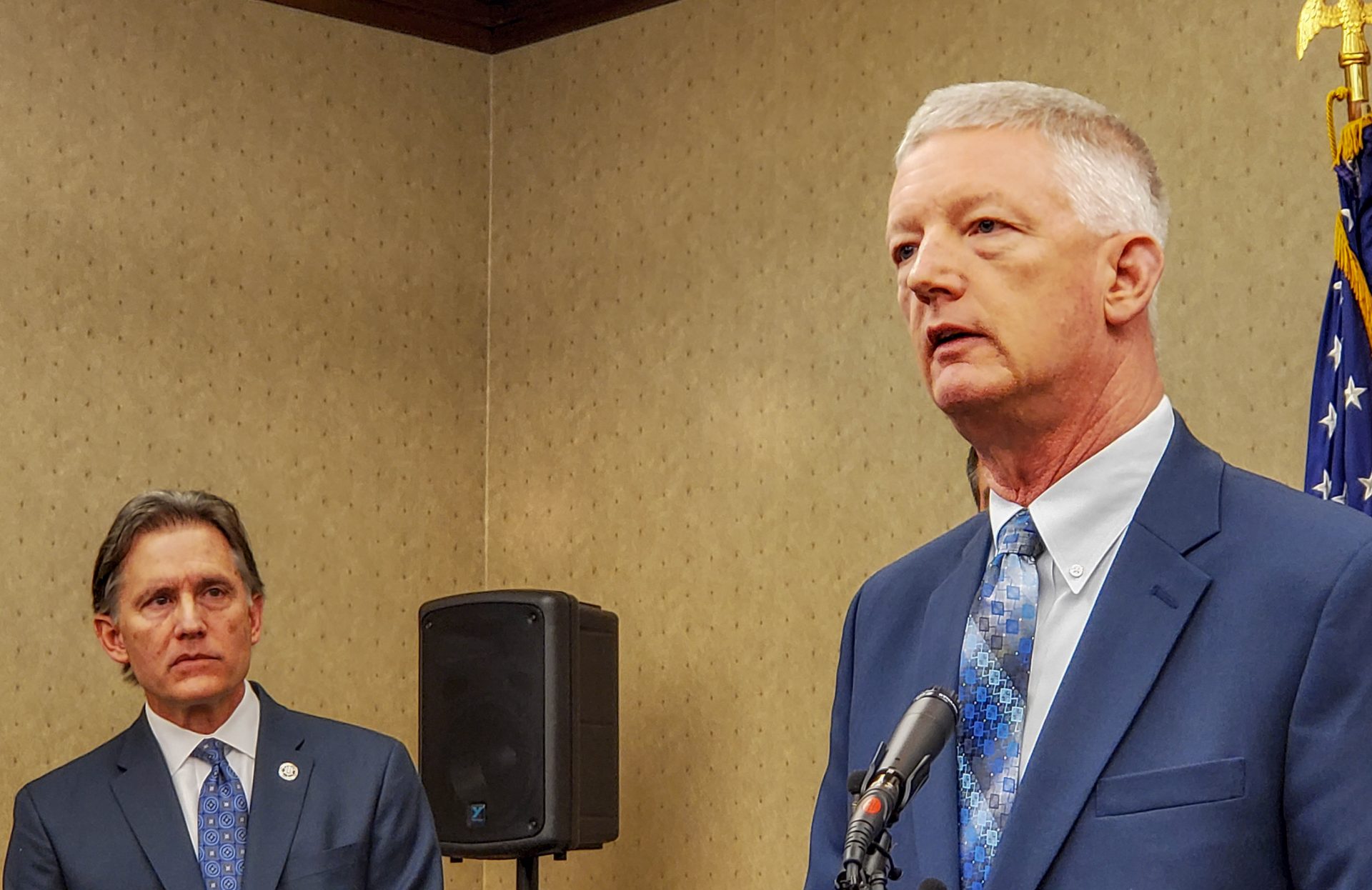 Scott Crow is head of the Oklahoma Department of Corrections.

Beginning in March, the corrections agency refused to take people who’d been sentenced to prison away from county jails out of fear of bringing in COVID-19. But, as jail populations swelled Crow was eventually forced to let the new prisoners in.

“It has been our policy prior to receiving inmates from county jails, for those inmates to be tested,” Crow said.

But Crow says because of contractual obligations, time constraints and other challenges, the agency did not test prisoners they were moving from one prison to another.

He says the prisoners were regularly screened for COVID-19 symptoms, but without tests it’s impossible to know if any carried the disease.

Megan Lambert is an attorney with the American Civil Liberties Union of Oklahoma. She doubts the recent outbreaks would be as bad if every person inside state prisons had been getting tested for COVID-19 since the start of the pandemic.

“We don’t know. We have no idea how widespread this problem is in our carceral system because they’re not testing people,” Lambert said.

Throughout most of the pandemic the Department of Corrections has prioritized testing for prisoners who showed COVID-19 symptoms or potentially came into contact with infected people.

Crow says he’s open to anything that can prevent COVID-19 from spreading, including testing every person in prisons. But he says he has to weigh the costs and benefits.

“If I do mass testing today and find that everyone is negative, I have to continue to do tests daily to make sure – to continue to identify those who are positive,” Crow said.

According to Department of Corrections data, the agency has gotten its prisoner population 14,536 COVID-19 tests since the early days of the pandemic. As of Sept. 21, there were more than 21,000 prisoners inside Oklahoma’s state and private prisons.

“So, let’s just say if we went to the Lexington Assessment (and) Reception Center and we tested that population and they’re asymptomatic,” Crow said. “What would we do different with that population that we wouldn’t do otherwise?”

Crow says if he tests on a smaller scale, and an entire unit of a prison tests positive, he can isolate that unit from the rest of the prison.

Testing more people would likely uncover more cases and could save lives.

“It does make it the right thing to do,” Crow said. “That’s one of the things that we’re continuing to do, but the problem is just the logistics of getting all of the inmates tested.”

For now, the agency has increased testing inside at least seven hotspot prisons and inside multiple prison units that have also been designated hotspots.

“Everything else is a step or a temporary solution until we seriously look at decarceration,” Lambert said.

The Oklahoma Pardon and Parole Board approved the release of 12 prisoners in May whose medical conditions made them more susceptible to COVID-19. The prisoners were part of a larger list of people suggested by the Department of Corrections.

Crow says he is considering whether to suggest more vulnerable prisoners, but he didn’t say whether he would be sending the board a list of names.

‘We are still human beings’

Geneva Phillips does not want to get seriously ill in prison. She says she’s seen a lot of other prisoners get sick over the years and she isn’t confident she would get prompt medical care.

“To put it bluntly, our comfort is the last thing they think about in prison,” Phillips said.

Phillips says many Oklahomans may believe prisoners deserve what happens to them behind bars. But she says they don’t deserve COVID-19.

“I promise you we are still human beings,” Phillips said.