Brendan Saloner says the data compiled by the UCLA Law Covid-19 Behind Bars Data Project suggests the disease is spreading much faster inside prisons. 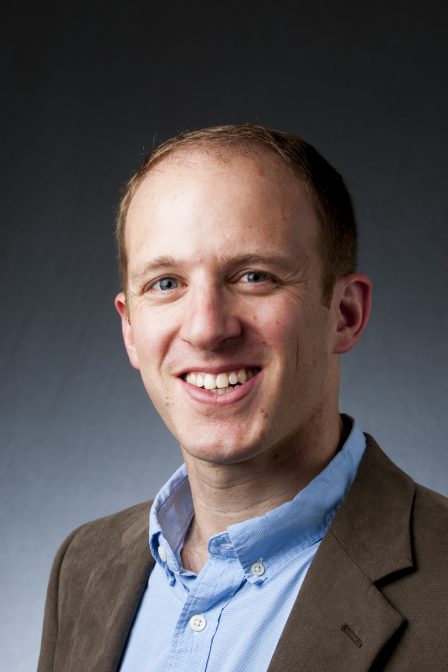 Brendan Saloner says the data compiled by the UCLA Law Covid-19 Behind Bars Data Project suggests the disease is spreading much faster inside prisons.

Five hundred and ten people incarcerated in state and federal prisons have died from Covid-19 according to prison data collected between March 31 and June 6 of this year.

Saloner analyzed prison data compiled by the UCLA Law Covid-19 Behind Bars Data Project and included his findings in a research letter published by the Journal of the American Medical Association.

StateImpact’s Quinton Chandler spoke with Saloner about the implications his research has for U.S. prisons around the country.

Brendan Saloner Well, the first thing to say is that people in prison are much more likely to be a confirmed Covid-19 case. The first outcome that we wanted to track was just the likelihood of getting the diagnosis. And it looks like the rate of increase was much higher during the time period that we looked at and that the disparity between the rate in prisons and in the overall population is striking. The number we have in the paper is 5.5 times higher.

Brendan Saloner So then when we look at the likelihood of dying from Covid-19, we did indeed find that the rate is higher among prisoners than the overall population. That’s about 30% higher. That in and of itself is striking and important.

But then we do a simple kind of calculation where we ask the question, well, how high would we expect the rate to be if prisons and the US population had the same age distribution? And that’s important because the people in the population who are dying from Covid-19 at the highest rate are people who are elderly – over the age of 65.

That population is actually under-represented in prisons relative to the US population. So we just did a simple kind of “what if” calculation. And we found that if the two settings had the same age distribution, then actually the (Covid-19) death rate would be about three times higher in prisons than in the (overall) population. So I just want to be clear that that three times higher figure is a kind of an extrapolation. That’s a “what-if” calculation.

Quinton Chandler Right now, the state of Oklahoma hasn’t reported any Covid-19 deaths in its prisons. How many deaths have you found from prisons around the country?

Brendan Saloner It was somewhere in the ballpark of 500. But I would want to look at the paper to kind of confirm the exact number. So, you know, there are some states that are reporting zero deaths and some states that have reported a lot of deaths. Who gets counted as a (Covid-19) death can be kind of open to some interpretation.

Some medical examiners and coroners might see that someone who had pneumonia and a lot of conditions that were consistent with Covid-19, but not put Covid-19 on their death certificate. You can imagine there might be some incentives to not report a (Covid-19) death. We again have to rely on what the prisons are reporting.

Quinton Chandler Well, I want to go back to what you pointed out initially. One of the things in your paper that is most striking is how much faster Covid-19 has been spreading in prisons.

Brendan Saloner Yeah, so it’s important to think not only about what the disparity is at a point in time, but also what the rate of spread is. (Because) the rate of spread really tells us about how successful we are at flattening the curve. When things are closer to containment, you would expect to see the day to day change in the rates decrease.

But what we’re seeing is that actually, at least during the time period that we looked at, the rate of spread in prisons was more than double what it was in the population and by no means has the US been anywhere close to containing (Covid-19). So it’s kind of like however bad you think the rate of spread is in our country right now. It seems to be much worse in prisons, from what we can tell.

Quinton Chandler OK. Is there anything I didn’t ask you professor that you think is important to share with the public?

Brendan Saloner I think that it’s important to know that this is not just an (issue) that happens in prisons and stays in prisons. If we care about dealing with this issue on a national basis in our communities, we have to contain it because it doesn’t just stay in those places. You know, there are people who come in and out of prison, and they’re bringing it in and they might be bringing it out.

Just like we’ve tried to contain this issue in nursing homes and on cruise ships and other places of confinement, we’ve got to get a handle on the prison issue.

The Oklahoma Department of Corrections has reported zero Covid-19 deaths among prisoners since the beginning of the pandemic.

The state has tested about 5,000 prisoners for the disease and recently found its largest rash of infections yet – 89 prisoners inside the Lexington Correctional Center tested positive. As of Wednesday afternoon, there were a total of 93 state prisoners infected with Covid-19.

The new jump in infections prompted the Department of Corrections to ask the State Department of Health for help conducting mass testing inside its Lexington prison complex. There are roughly 20,000 people inside state prisons.