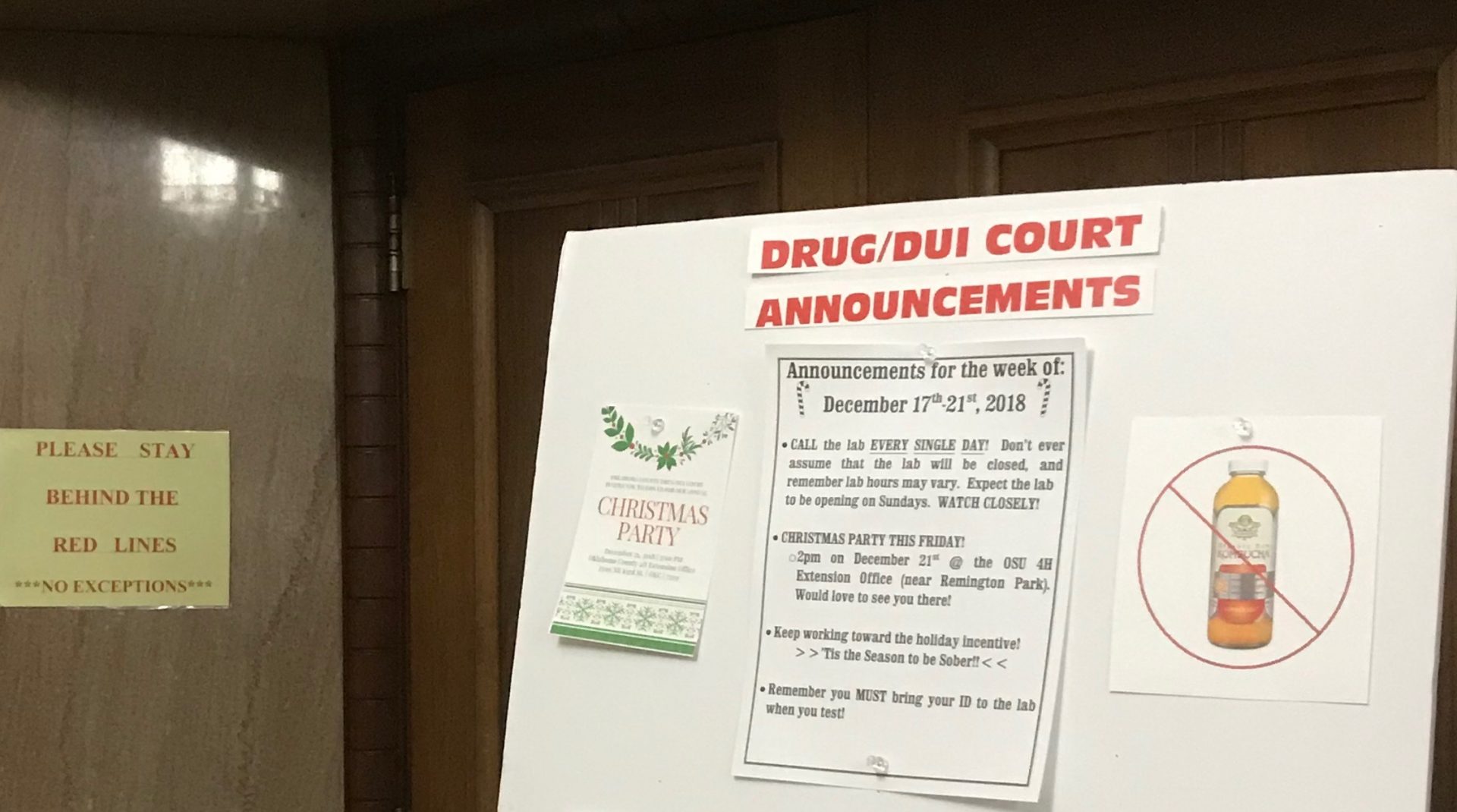 Millions of dollars to make more room in the state’s drug courts, mental health courts, and community sentencing programs could be a possibility under a bill now being considered by the Oklahoma Senate.

State Representative John Waldron wants the Legislature to authorize a new fund to pay for up to 875 additional people to be diverted into treatment programs instead of prison.

If House Bill 1416 becomes law, it would call for the state to deposit into the fund $1 for every private prison inmate each day they are in custody and  the Department of Mental Health would create rules to manage the fund.

Based on the current private prison population — Waldron estimates the fund would collect about $2.15 million from the state. He hopes private donors would match that amount to create a budget of $4.3 million in additional money for the state’s treatment programs, such as drug court and mental health court.

Waldron said the bill targets the state’s ballooning prison population. As long as people are sent to private prisons in Oklahoma — the legislator wants to send extra money to prison diversion programs.

A spokesperson for the Department of Mental Health and Substance Abuse Services said putting one person through drug court costs $5,000 per year. Department of Corrections data suggests in fiscal year 2018 the cost to imprison a single person ranged between $16,900 – $36,000.

According to the Department of Mental Health 82 percent of people who entered Oklahoma’s prison system for nonviolent crimes during fiscal year 2017 suffered from addiction or mental illness.