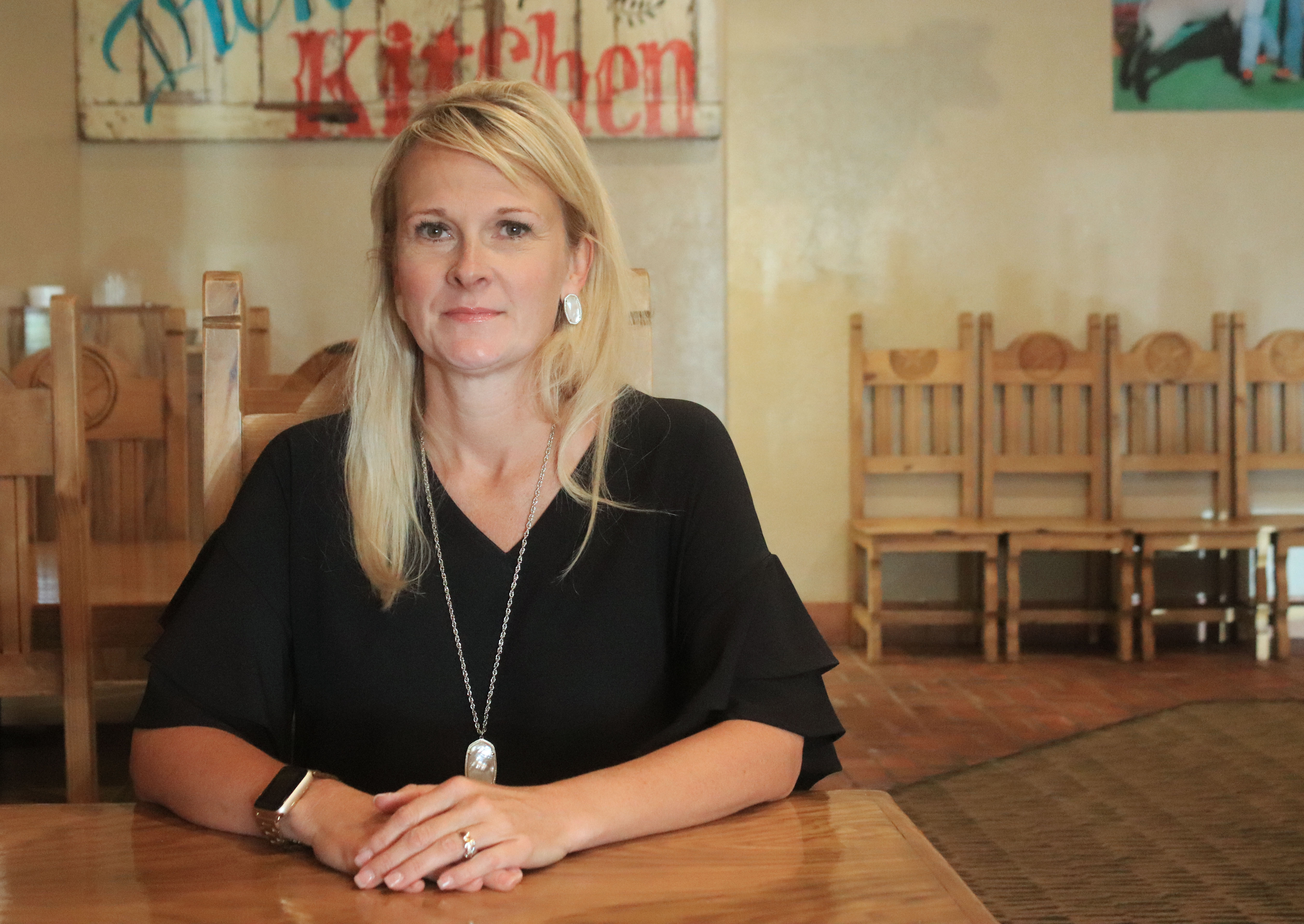 Toni Hasenbeck, a 7th grade teacher in Elgin Public Schools, is running as a Republican in House District 65.

About 100 teachers and school administrators filed for political office in the 2018 election. Most are not shy about supporting the first tax increase in nearly three decades, even though it’s a progressive political message in a deeply conservative state.

Pro-tax campaigns from educators seem to be resonating with voters in many parts of Oklahoma — but not everywhere.

Oklahoma lawmakers passed a $450 million tax increase to pay for the first state-funded teacher raises in 10 years, but many educators wanted additional revenue for their classrooms.

Lawmakers refused to budge, saying they had done all they could for the year, and teachers responded. First, there was a nine-day teacher walkout. Later, teachers and school administrators signed up to run for office — and worked with supporters to unseat incumbents they felt were anti-public education, targeting legislators who voted against the tax package.

Two incumbents that voted against this year’s tax package lost their primary race, and challengers forced another six into runoffs.

The situation is reversed in House District 65, which covers three southwestern counties and stretches down to the Texas border. There, Representative Scooter Park, who voted for the $450 million dollar tax package, lost in the Republican primary. And he lost to a teacher — Toni Hasenbeck — who criticized him for voting to raise taxes.

Hasenbeck has been a 7th-grade English teacher in Elgin Public Schools for nearly 18 years. She says lawmakers didn’t need to pass the tax package to fund teacher raises.

“According to reports there was money to pay the teacher pay raises before the walkout started,” she said in an interview with StateImpact.

It’s unclear which reports Hasenbeck is referring to. Most legislators voted for the tax increases, and many said it was the only practical way to give teachers a salary boost.

Hasenbeck says she’s not anti-taxes, but on Facebook and in campaign mailers ahead of the June 26 Republican primary she criticized Park heavily for voting to raise them.

Park says it was the right thing to do.

“We were in four years of very huge budget deficits,” he said. “We were having to do everything we could legislatively to make the budget balance.”

Park says local teachers thanked him for voting for the tax package, and that Hasenbeck’s stance confuses him. “Whenever she is criticizing me for raising taxes, with her being a teacher herself, is she saying she would have voted against her friends?”

Hasenbeck says teachers needed a raise, but instead of hiking taxes to pay for it, lawmakers should have prioritized funding education over other agency’s budget needs.

“It’s not a matter of raising revenue,” she said, “It’s a matter of prioritized spending. There will never be enough money if we don’t prioritize our spending.” 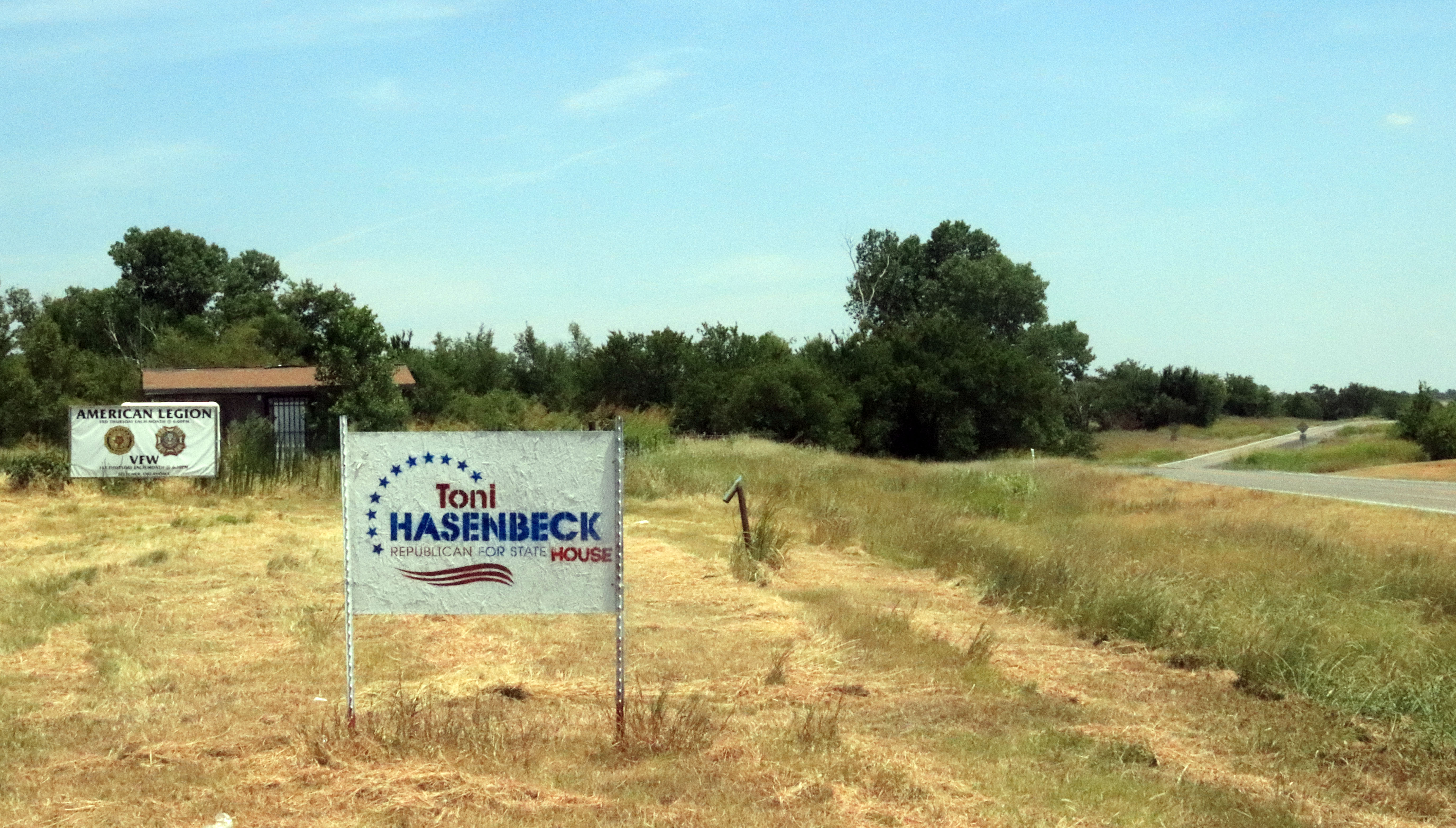 Amber England is the former director of Stand For Children Oklahoma, which spent $85,000 on a pro-Toni Hasenbeck commercial in 2014 when she first ran for office as a Democrat.

At the time, England’s organization was working to elect candidates it hoped would fight for increased education funding and other school reforms. England thought Hasenbeck fit the bill. But now, England’s not so sure.

“I think it’s ironic,” she said. “If you’re an educator you have seen firsthand the impact of years of underinvestment in this state. And you should understand that it’s going to take an investment, i.e., a tax increase, to be able to fund public schools to the level that we need to.”

Unlike many other teachers running for office, Hasenbeck’s campaign seems designed to appeal to two different types of voters.

Her campaign website touts her credentials as an educator, and Hasenbeck marched in a local parade behind a banner emblazoned with a teacher’s apple. She also earned the endorsement of an influential Facebook group of parents and educators that championed tax increases.

But Hasenbeck’s criticism of tax increases is enticing other voters in the southwestern Oklahoma district.

Larry Holcomb, who was getting his hair trimmed at a small barber shop on the main strip in Elgin, said he voted for Hasenbeck because he thinks she has a backbone.

“I like the fact that Toni didn’t necessarily go along with all the teachers and just say, ‘Hey, I’m gonna get you all the money you need,’” he said.

Barber Kevin Ambrose thinks Scooter Park, the Republican incumbent, lost the primary because he angered voters by raising taxes after signing a pledge saying he wouldn’t.

Park thinks  Hasenbeck’s repeated attacks are a major reason he lost the primary.

Hasenbeck’s campaign sent out multiple flyers criticizing Park for voting to raise taxes, voting to fund the Oklahoma Healthcare Authority, and his work on a plan to impose a small tax on Oklahoma-produced electricity exported to other states — a plan he said would have brought millions of dollars back to Oklahoma.

With the primary behind her, Hasenbeck is campaigning for votes in November’s general election. Her Democratic opponent, Brandon Thompson, is the son of a longtime local school teacher that’s campaigning on increasing school funding — and says would have voted for the tax increase.

The Mayor of Elgin, Larry Thoma, thinks Park was unlucky.

“It would be a tough year if you have an educator running against you,” he said.

Hasenbeck, for her part, says some residents told her they wouldn’t vote for her because she was a teacher.  But Amber England, the former pro-education political organizer who’s now a campaign consultant, says teachers have a distinct political advantage in Oklahoma elections in 2018.

“If you’re an educator on a ballot going up against a non-educator, you’re going into the race with a 15-point advantage,” she said.