The effort to overturn funding for teacher pay-raises explained 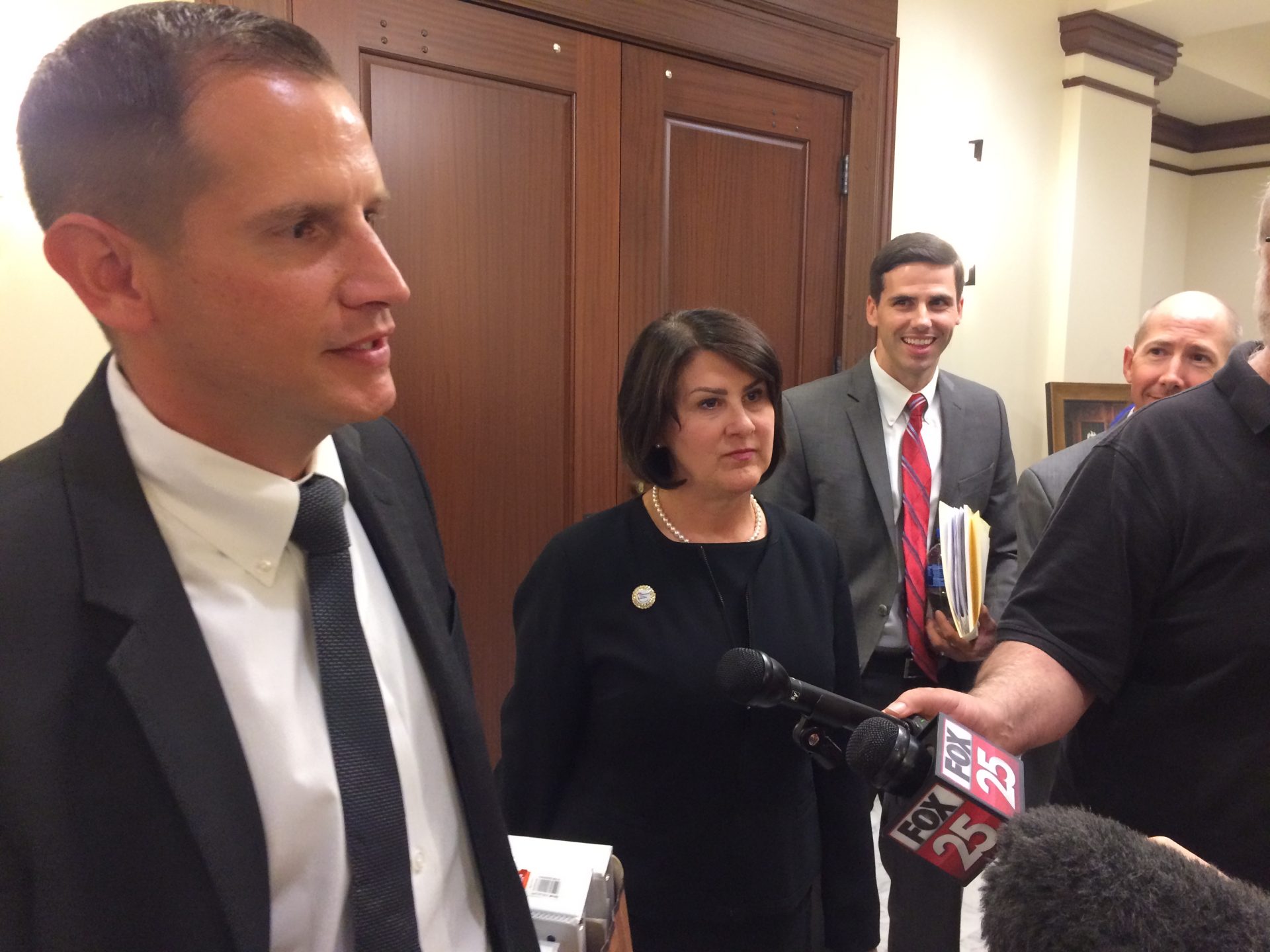 The Oklahoma Supreme Court heard oral arguments Monday over the legality of a petition to overturn new state taxes.

The petition, which is being circulated by an anti-tax group called Oklahoma Tax Payers Unite, seeks to overturn HB1010xx, a $430 million tax package lawmakers passed this year. The legislation raises taxes on gasoline and diesel fuel, imposes a new tax on cigarettes and little cigars and increases oil and gas taxes from 2 percent to 5 percent.

Lawyers representing a local education group called Professional Oklahoma Educators argued OTU’s petition is unconstitutional because the funding generated by HB1010xx is directly linked to other legislation—HB1023xx—which raises teacher pay. Therefore Oklahoma Taxpayers Unite should not be allowed to overturn the measure.

Another education group argued the petition is unconstitutional because its wording is misleading and inaccurate. Oklahoma Taxpayers Unite did not mention the tax on little cigars in their petition description, for example.

Lawyers also argued the anti-tax group did not follow the law when filing their petition. State law requires petitions to include an exact copy of the bill they are seeking to overturn, but Oklahoma Taxpayers Unite only included the text of the House Bill in its petition — leaving out page numbers and section numbers

Justice Doug Combs said this omission is a problem.

“At best, to me, this is sloppy,” Combs said. “And at worst it’s intentionally misleading.”

At the end of the hearing Justice Combs said the court understands the urgency surrounding this decision, and said it plans to deliver a decision soon

Oklahoma Taxpayers Unite is currently working to get 41,242 registered voters to sign their petition by July 18. If they do, and if the Court does not deem the petition unconstitutional, the issue will go to a vote of the people as State Question 799, likely in November.

How could this affect teacher pay raises?

The taxes listed in HB1010xx are set to be collected starting July 1, but if Oklahoma Taxpayers Unite meets its July 18 signature deadline, collection of the new taxes will be put on hold according to the Oklahoma State School Board Association, and will not go into effect again unless voters reject SQ799 at the ballot.

If HB 1010xx is put on hold, then HB1023xx, the law requiring schools to give teachers a raise, could also be put on hold — but this issue is yet to be settled.

A Tulsa law firm representing nearly 300 school districts has instructed its clients to hold off on signing new contracts that include the raises. The legal concern attorneys have is that if HB1010xx is overturned, school officials won’t have enough money to pay for the raises.

State Superintendent of Public Instruction Joy Hofmeister has asked Attorney General Mike Hunter for clarification on whether schools are legally obligated to give teachers raises while the collection of taxes from HB1010xx is on hold. Hunter has yet to respond, but in a recently-published legal brief, Hunter argued the pay raises must be implemented regardless of what happens with HB1010xx.

The Oklahoma State School Boards Association says Hunter’s brief is not a formal opinion and is not binding on schools, but foreshadows what could be expected in an official opinion.

Hunter encouraged the Supreme Court to provide “authoritative guidance” on how the petition and state question could affect teacher pay raises.