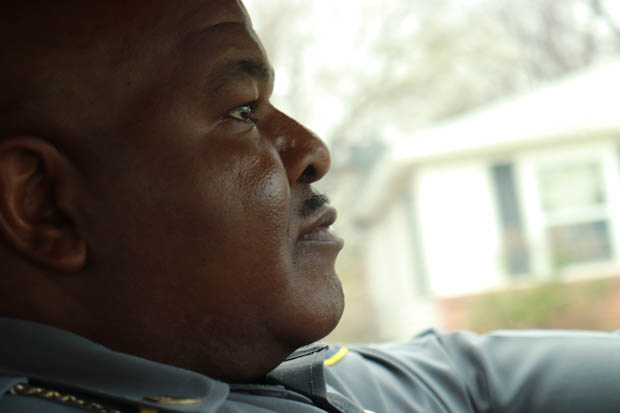 Police Sgt. Jeff Crawford is breaking his routine. He’s leaving the office and climbing into his squad car because Oklahoma City Public Schools teachers and supporters are rallying at the state Capitol to demand more school funding.

Crawford is a school resource officer who normally works out of Douglass Mid-High School. He has left his post temporarily to check on elementary schools and community centers in eastern Oklahoma City that are feeding kids who depend on the meals they get in school.

Crawford’s job is to “make sure everything kind of goes smoothly with that transition.”

He’s looking for criminal activity and disruptions from the day of protests. One man worried about his car being vandalized by counter protesters flags him down outside of Oklahoma City’s Northeast Academy.

Crawford reassures the man that police and some Oklahoma City Public Schools employees are keeping watch.

Many school districts — including Oklahoma City, Edmond and Norman — will be closed through Tuesday for the walkouts. If teachers continue protesting throughout the week, police officials say cops like Crawford will keep making the rounds to ensure kids at schools and local community centers are safe.