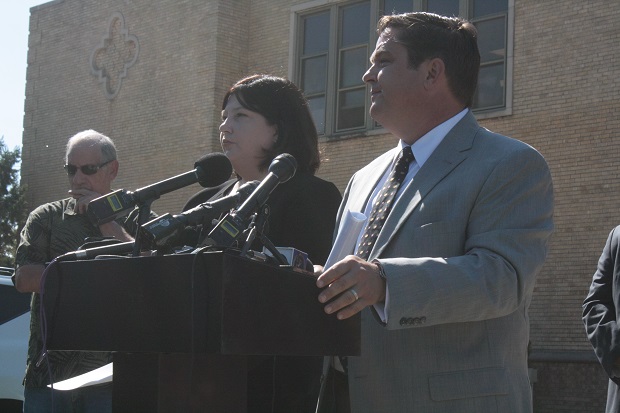 The Oklahoma City Public Schools Board of Education is considering legal action against the legislature for underfunding education.

Board member Mark Mann said the Oklahoma Legislature puts mandates on schools without giving them enough money to fulfill the obligations, which he says creates unfunded liabilities for Oklahoma City Public Schools and other districts across the state.

“…to do all the things for every kid. To give them the opportunity that they deserve, that we’re morally as a society obligated to provide these children, we don’t have the resources to do that,” he said.

The proposed lawsuit would be directed to the Speaker of the House and the President Pro Tempore of the Oklahoma Senate in their official capacities.

At a special board meeting on Aug. 21, the board will vote to authorize the district’s legal counsel to begin the process of interviewing law firms in order to prepare the lawsuit. Mann thinks other school districts will join the legal action.

The Oklahoma City school board is not seeking a specific amount of money, Mann said, but will seek enough to do what is required of the district.

Another option, Mann said, is for lawmakers to convene a special legislative session and come up with additional funds for schools.

“I would encourage them to spend their time and money on being better stewards of the dollars they receive instead of filing frivolous lawsuits that blame others for their own poor leadership. Not only would a lawsuit waste the school district’s money, it would waste additional taxpayer dollars to defend it. The Oklahoma City Public School District needs to stop playing political games and get back to educating students.”

The Oklahoma City Public School district cut about $30 million out of their budget two years ago due to state-wide budget cuts. As a result, they had to cancel textbook purchases, let go of hundreds of teachers, and reduce funding for athletics and arts.

District Superintendent Aurora Lora said she hoped lawmakers would find revenue to increase school funding this past legislative session, but they didn’t and the district had to cut another $10 million out of their budget.

“We just can’t keep doing this,” she said. “Our kids need us to stand up and demand that we have adequate funding for them to get a great education in this state.”