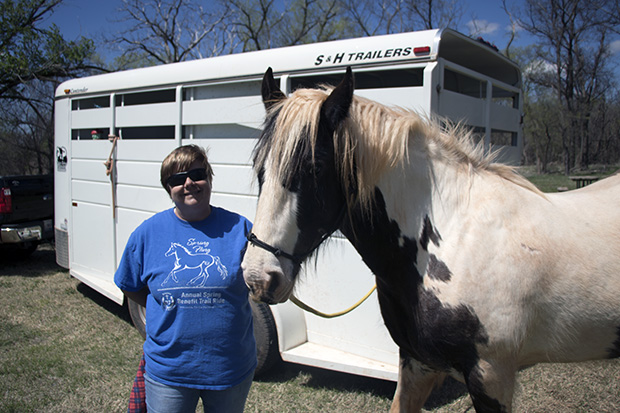 Since 2009, the Oklahoma Tourism and Recreation Department has lost about 40 percent of its legislatively appropriated funding, agency officials say. The agency’s response, in part, has been to shed some of its state parks, angering park-goers and and rattling local economies that depend on dollars from visitors spent on goods and services at area businesses.

Some of the offloaded parks, like Dripping Springs State Park near Okmulgee, have been transferred to local government control. Walnut Creek State Park on Keystone Lake simply closed.

The Tourism Department likely isn’t bluffing when it says a cut of 14.5 percent this legislative session could force it to lose 16 more parks statewide.

“Unfortunately, it’s all options on the table at this point, ” Tourism Department spokesperson Leslie Blair says. “We hope that’s something we can avoid, but we will just have to see what the end appropriation is.”

“Parks are very important to the State of Oklahoma,” she says.

But while addressing reporters two weeks ago, state House Speaker Charles McCall, R-Atoka, said Tourism had not relayed to his office any concerns about budget cuts. McCall conveyed frustration that he first learned about potential park closures from news reports.

“I’m reading about those statements and those comments in the media. I will say the agencies that have made those comments have not approached this office about their concerns,” McCall said.

McCall said agencies that resort to reductions in services, like closing parks, either aren’t looking hard enough to find internal cost savings, or need to speak up.

“We’re not here to say that we don’t believe their story,” McCall said. “But we are here to say we want you to come show us what you’re dealing with on a daily basis and what adjustments you have made.”

Blair says the Tourism agency is continuing to meet with legislators and relevant appropriations subcommittees to talk about the importance of parks.

“We’re halfway through the session and we haven’t seen any proposals placed on the table yet,” she says. “We’re waiting to see what legislators come up with.”

Blair says the Tourism agency is out of waste to cut. 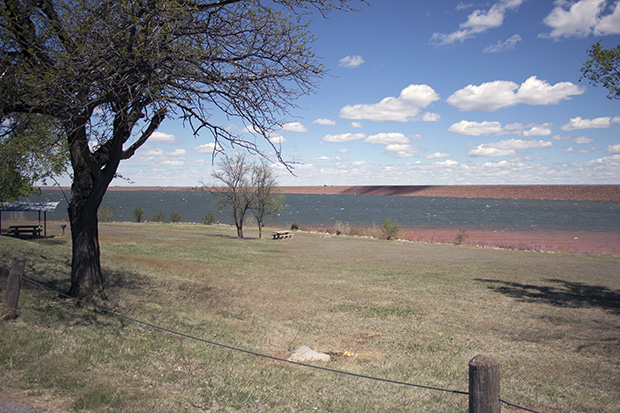 Among the only financial expenses left, she says, are parks, like Foss State Park near Clinton, one of the parks that could be offloaded. The water at Foss Lake looks deep blue, and the ever-present wind creates white-tipped waves that tap against the red dirt of western Oklahoma.

At the well-maintained equestrian trail, Cindy Box is brushing her horse, Rosie.

“I come out almost every weekend. We use the horse trails here. And I’ve written to my representatives and everything. I’m really upset about them trying to close this. We don’t have anything else out here. This is western Oklahoma. There’s nothing else to do,” Box says.

Box isn’t counting on her hometown of Clinton to step in to keep Foss Park open if the state decides to cut it loose.

“We’ve talked about that, but I don’t know how Clinton could do it,” Box says. “They’re broke, too. Clinton’s in financial trouble. So I don’t see how these smaller towns could possibly do it.”

There are few state parks in western Oklahoma to begin with, and several of them — including Foss, Red Rock Canyon and Alabaster Caverns — are among those endangered. In the eastern half of the state, the list includes Greenleaf and Grand Lake, among others in the east as well.

None of the closures are a certainty; the Tourism agency might not lose as much as 14.5 percent of its budget and the 2017 legislative session runs through May.

But if the worst happens and all of the parks on the list have to go, Oklahoma, which once had more than 40 state parks, could be left with fewer than 20.