Gary Vanarsdel and Dannie Caldwell wrap up a day on the lake at Dripping Springs State Park near Okmulgee, Okla. 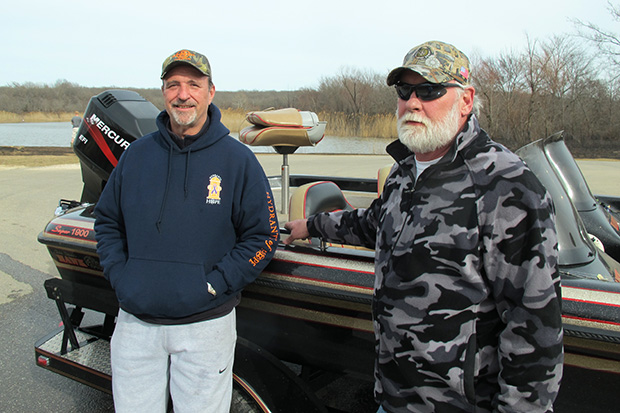 Gary Vanarsdel and Dannie Caldwell wrap up a day on the lake at Dripping Springs State Park near Okmulgee, Okla.

Tourism is Oklahoma’s third largest industry behind energy and agriculture. State parks are big reason why. But the number of parks is dwindling after years of budget cuts at the Department of Tourism. And more cuts are on the way.

Decades ago the City of Okmulgee ran it. On April 1st, Dripping Spring becomes a city park once again. Gary Vanarsdel and fishing buddy Dannie Caldwell wrap up a day on the park’s trophy bass lake and scoff at the idea.

“We dread it because we camp out here a lot,” Vanarsdel says. “The state takes good care of it — keeps the bathrooms clean, toilet paper and all that. The city never did do a very good job.”

Travel about 3 miles north on a biker-dotted, spiraling road to Okmulgee State Park, and the story is the same. That park will also be turned over to the city. Tom and Mistie Lisle and their daughter are park regulars.

“We ride our motorcycles out here and bring her out here to get rid of some energy,” Mistie Lisle says.”

This is the first they’re hearing about the park going back to the city, and right away, Tom Lisle wonders how the city can afford the park, and whether he’ll soon have to pay for what he currently does for free.

“I was in South Carolina about 15 years ago. I was stationed at Fort Jackson. And one of the nice parks that they had in the area, you had to pay to get into,” Tom Lisle says. “And being from Oklahoma I was not used to that. So I’m wondering how they’re going to do that. Are they going to start charging people to come out to the park now?”

“We don’t want to make it burdensome on our local people who go out to the lake for the day with their kids to swim and don’t even take a boat. They go spend the day,” Ballenger says.

But Ballenger says some new fees might be needed to make sure the parks stay nice and to help the city come close to breaking even.

“Now if they go to No. 9 Landing down at Eufaula Lake they’ve got to pay five bucks to even get in the place per carload,” Ballenger says. “We wouldn’t do that. Now we might, if we have to, try to use some sort of a day-use fee, but I think the ramp fee for boats may be enough to get us where we need to go.”

Ballenger says many factors led to the transfer of the parks to Okmulgee. The city owns the land and the state’s lease was up just as the state Tourism Department is desperately looking to save money amid a budget crisis. But he thinks the agency is too quick to cut small, rural parks, like it did in 2011 and 2014.

“Tourism under the current administration has kind of shied away from smaller parks,” Ballenger says.

It’s a complaint I hear from Democratic lawmakers in eastern Oklahoma, too. In the past, the Tourism Department has acknowledged it wants to treat state parks more like a business, for profit. But Tourism Spokesperson Leslie Blair says the agency isn’t glad to be losing its parks. She says the department is working with a budget that’s been cut by more than half since 2009.

“We think the state parks are a very important part of the Tourism and Recreation Department, and realize that they’re economic engines for communities where they’re located. So we are big supporters of the state parks,” Blair says. “We just wish — in a perfect world we’d have more money to be able to spend and invest in these parks. But we’re making due with what we have.”

Back at what is — for now — still Dripping Springs State Park, Dannie Caldwell says he’ll keep fishing here no matter what, and hopes he can still bring his family.

“What concerns me is we’ve all got grandkids and little kids. Since the state’s been out here the rangers come through here regularly and there’s never any trouble. It’s low-key. It’s quiet,” Caldwell says. “I just hope the city has the capability to do the same. If not they’ll lose the family atmosphere.”

Leslie Blair says it’s too soon to know exactly how budget cuts this coming fiscal year will affect the Tourism Department, or if more state parks will have to be transferred or closed.