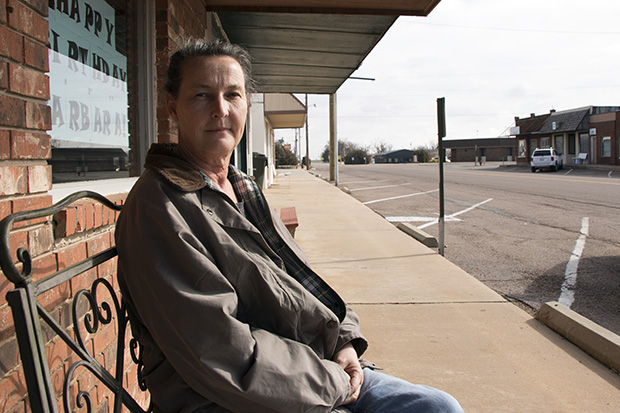 It costs a lot of money to clean, transport and dispose of water. Big cities can spread the cost of multi-million dollar sewer or treatment projects across thousands of customers. But many small Oklahoma towns don’t have that option, and often rely on a state-funded grant program that’s being squeezed by budget cuts.

Tiny Corn, Oklahoma, has a big problem. A proper town needs a reliable sewer system, but the lagoon that’s supposed to hold the town’s wastewater has holes in it.

Repairing the lagoon will take hundreds of thousands of dollars Corn — population 503 — doesn’t have. And for those who love this little down, like Mayor Barbara Nurnberg, it brings up a scary prospect.

“We have to find funding, and so that means we’ll have to go into debt and get a loan — if we can find someplace that will loan us that kind of money,” she says.

But giant loans have to be paid back, and that tab would go to Corn’s residents in the form of higher water bills.

“If we have to raise them really high to cover our loan costs then people leave town because it’s too expensive to live here, we’ll have to raise them again in order to meet that loan payment,” Nurnberg says. “But if you don’t fix the infrastructure we’re dead in the water anyway.” 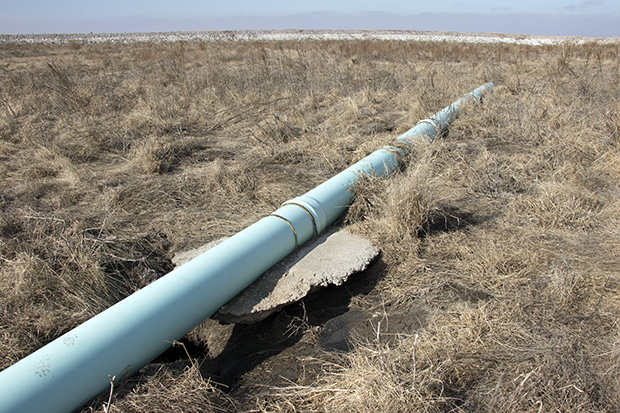 One of the fissures in a lagoon the town of Corn, Okla. uses to manage its wastewater.

Corn has deeply German roots. It used to be K-O-R-N, until anti-German sentiment during World War I led to a spelling a change. Now it’s C-O-R-N. It’s a town with a rich history.

McCurtain, in far eastern Oklahoma, saw its heyday long ago — in this case, until a mine explosion killed dozens of coal miners in 1912. Every Thursday, older residents gather at City Hall for a lunch of mushroom stroganoff and cornbread.

One resident says his family has been drinking bottled water for the past few years out of concern about the quality.

“We need a station to boost the chlorine to improve the water condition,” he says. Paying for those improvements, however, is nearly impossible.

“You talk about trouble, you try to raise the water rate here and see what happens,” Way says. “You might see us going up there digging a hole in the tower and pouring chlorine into it.”

A town needs water, and without it, little communities like McCurtain and Corn could shrivel up and disappear. Back in the mid-’90s, the state legislature agreed, and tried to help cash-strapped towns with the Rural Economic Action Plan grant program.

“If we didn’t have things like REAP grants, we’d be completely out,” Way says. 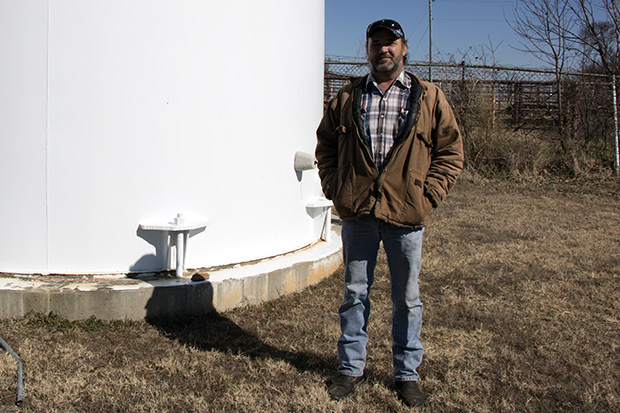 Dale Kennedy, operator of the water system in McCurtain, Okla., near the town's water tower in January 2016.

“A lot of them simply can’t qualify for enough loan financing to meet their needs,” Strong says.

Two years ago the OWRB divvied out more than $1 million in REAP grants to small towns and rural water systems. Last year they gave out about $2 million. So far this fiscal year, the agency has only approved about $900,000 dollars. The number of grant requests, meanwhile, has soared: From 25 in 2014 to nearly 80 in 2016.

The need for grant money is growing while the amount of state appropriations funding the grant program is shrinking, Strong says.

“If we continue to see these cuts I think we will continue to see rural Oklahoma struggle,” he says. “They are more heavily reliant on our ability to provide them at least a little bit of grant funding to make their projects work.”