Jet Stein with the OWRB's lake monitoring program prepares to test the water at Lake Hefner in Oklahoma City. 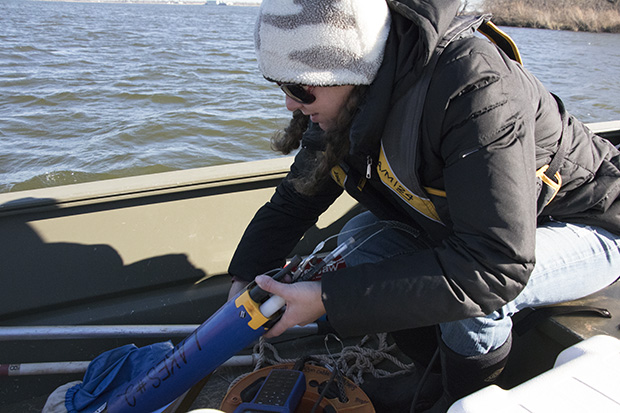 Jet Stein with the OWRB's lake monitoring program prepares to test the water at Lake Hefner in Oklahoma City.

Water contaminated by algae blooms or choked by sediment and pollutants kills wildlife and isn’t healthy for humans. It’s up to the state to make sure Oklahoma’s lakes and rivers are safe, but budget cuts are threatening that mission, officials say.

Water was a big issue in 2012. Drought was killing crops and endangering municipal water supplies. The Choctaw and Chickasaw tribes had just filed a lawsuit over Oklahoma City’s plan to pipe water from the southeast part of the state. Meanwhile, Texas was fighting for a cut of Oklahoma’s water in a case that would end up at the U.S. Supreme Court.

State lawmakers took notice, and during the 2012 legislative session, made water a priority.

“We heard loud and clear from the public. They want us to be able to keep good tabs on the quality and quantity of our rivers, lakes and streams, and groundwater basins,” says Oklahoma Water Resources Board Executive Director J.D. Strong. “The legislature heard that cry and in 2012 actually boosted the amount of funding to us.”

That money was used for new tests, surveys and studies. State officials wanted a clearer picture of how much water Oklahoma had — and where — and its condition. Having a deeper understanding of the state’s water inventory was deemed critical during drought times. But the biggest crisis facing the state today is fiscal, and Strong says budget cuts could undo those water monitoring efforts.

“It’s probably our monitoring programs that get hit the worst because they are the most reliant on state appropriations,” Strong says. “We aren’t able to charge the public a fee to go out and monitor our lakes and streams.” 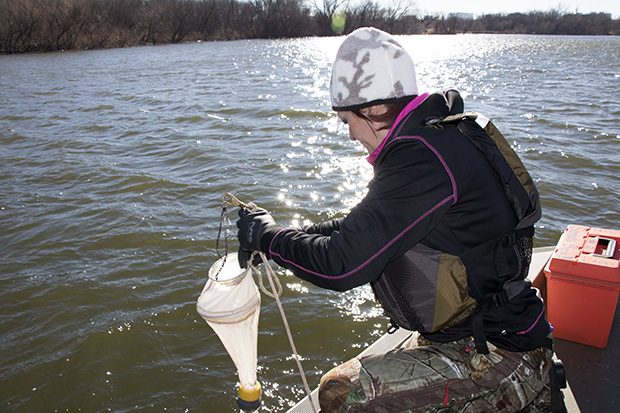 On the lake with OWRB

Water quality monitoring is a tough, labor-intensive job for OWRB staff, like Julie Chambers, who manages the lake-monitoring program. It takes her to lakes in every corner of the state, big and small, whether or not they’re easy to get to.

“What we do is we monitor 130 lakes over a five-year time period — and we do that four times a year so we capture data seasonally,” Chamers says. “Rain snow or shine.”

On Lake Hefner in Oklahoma City, water now covers what was barren, exposed lakebed this time last year. Chambers and fellow OWRB staffer Jet Stein are braving frigid mid-January temperatures to get on the water and test the lake’s pH levels, dissolved oxygen content, and more. The tiny life forms caught in a handheld filter tell Chambers the bottom of the lake’s food chain is healthy.

On the truck ride back to the OWRB’s Oklahoma City headquarters, Chambers isn’t anxious to talk about budget cuts or hiring freezes at the agency she’s been with for 18 years.

“That’s certainly something we’ll have to think about, but we haven’t heard what those final budget cuts are going to be at this time,” she says.

Chambers is passionate about the science, not agency appropriations. That’s Strong’s job as the agency’s director. He’s worried the agency will have to scale on a particularly expensive kind of test — for bacteria in water.

“It’s very important for us to know and the public to know what levels of bacteria we have in our water, especially those waterways that you want to swim in,” Strong says.

Strong says you can’t manage what you don’t measure. Those measurements take money the OWRB may not have when the new fiscal year begins this summer.