This piece was written and produced for Word Of Mouth by Valerie Hamilton, and edited for StateImpact by Emily Corwin. Listen to Valerie’s story here. Hear about the Fairlee drive-in’s digital crossroads from NHPR’s North Country Reporter, Chris Jenson. 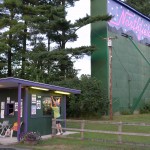 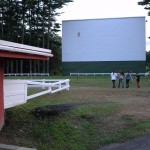 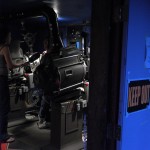 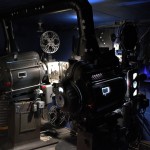 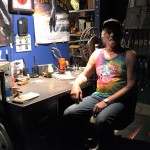 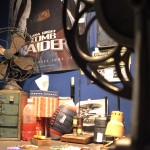 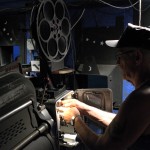 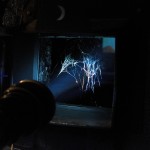 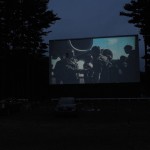 Labor Day weekend is traditionally the end of the season for New England’s summer drive-in movie theaters. This year, it’s also the end of an era. Hollywood movie studios have announced they’re going digital, and as of next year they will no longer distribute movies on 35 millimeter film. If theaters want to stay open, they’ll have to swap their old-fashioned film projection for computers, at a cost of tens of thousands of dollars. The Northfield Drive-In, on the state line between New Hampshire and Massachusetts, is one of those facing the future.

Carla Folkert owns the Northfield Drive-In. She estimates the renovations will cost $60,000 — on top of up to $70,000 for the new digital projector itself. “It costs studios about $1,500 to print and ship one copy of a movie on film,” she explains. “Doing the same digitally brings the price down to $150.”

The switch makes a lot of sense for film companies, but for theaters, the cost of upgrading could be prohibitive. “They’re forcing us to do something that we wouldn’t have to do otherwise, a huge expense, and only they’re gaining from it,” Folkert says. “We’re not. It’s not going to give us a better picture. It’s not going to get us much of anything.”

There are still more than 350 drive-ins operating in the United States, 19 of them in New England. The National Association of Theater Owners, a trade group, says between 10 and 20 percent of theaters nationwide will have to close. The Northfield Drive-in is committed to staying open. Carla Folkert and her husband have other jobs. “We like to be optimistic, and say we’ll figure out a way to do this,” she says.

Like most drive-in theaters, the Northfield Drive-In is a big clearing in the woods, with a wooden movie screen painted white on the front to reflect the picture, with green on the back, to blend in with the trees.

Instead of hanging a speaker on your car window like the old days, visitors at the drive-in tune their radios to the movie’s soundtrack. This summer, they’d be listening to the soundtrack for Pixar’s hit movie, Brave, and watching the images projected from an 80-pound film reel. At the Northfield Drive-In, that’s kept in a cinder block bunker next to the snack bar, painted bright blue and lined with metal reels of film, previews and cartoons.

Inside, the projectionist is king. Paul Bader says he learned how to project a movie when he was five years old – but as Northfield converts to digital, he’ll be headed for retirement. He says digital movies won’t require his expertise. “Well, you turn it on, push a couple of buttons and leave, I guess. So they don’t need me.”

The Northfield Drive-In is not a high-tech environment. Bader says, “There’s days when the bugs coming in here are terrible. You got them all, June bugs, little potato bugs, mosquitos, moths. I’ve been standing there making a changeover and a bat come right across, right in front of me, make you jump cause he scares the hell out of you when he goes by.”

With the new digital technology, Bader says, “they’re going to have to make this whole room like you’d be in a dentist’s office or a doctor’s office. It has to be climate-controlled, dust free, can’t smoke cigarettes in the room, you know, you can’t go in and out the door, have to stay right in here,” Bader laments.

“I did this drive-in as a pleasure thing, still make some money and have fun while I’m doing it,” Bader continues. “better than being cooped up in a room that’s 20 feet by 20 feet. Here I can go in and out. When they go digital, I can’t go in and out, I got to stay in there. Or stay out. I’m going to stay out.”