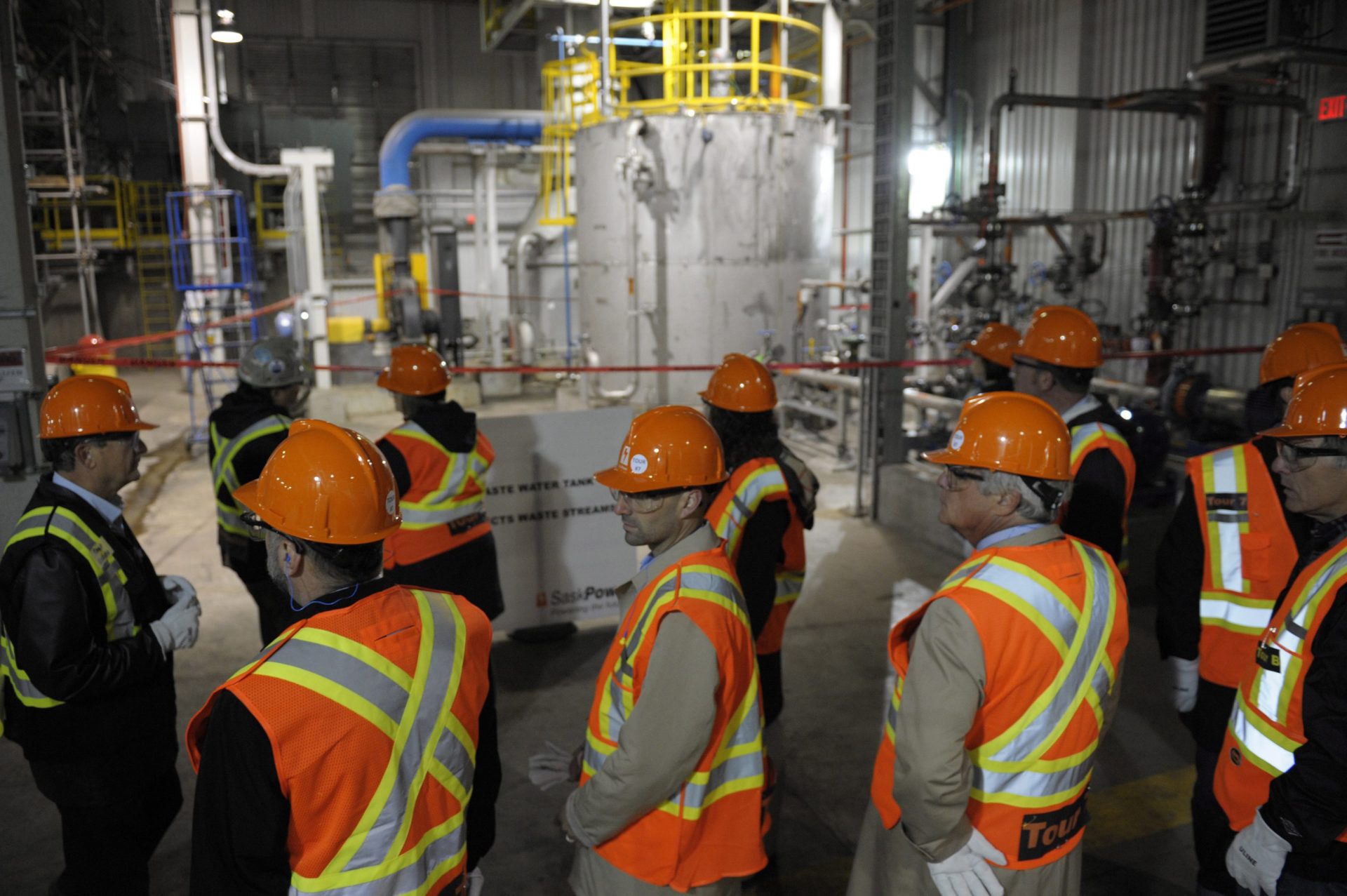 Visitors tour a carbon capture and storage facility during the official opening of the facility at the Boundary Dam Power Station in Estevan, Saskatchewan in 2014. SaskPower said the $1.4-billion facility is to take carbon dioxide released by the Boundary Dam power plant near Estevan and release the gas deep underground using a steel pipeline for storage.

When people talk about “clean coal” technology, they are often referring to carbon capture, utilization and sequestration.

That’s a jargon-y term people in energy circles use to describe capturing carbon dioxide that would otherwise be emitted from coal- or natural gas-fired power plants, then piping it somewhere either to be used in products or stored for good.

It’s a potential game-changer to prevent further global warming, if the technology can be rolled out widely and be made cheaply. Over one-fourth of the greenhouse gas emissions in the United States come from generating electricity.

The technology is far from widespread, and it’s only in use at a commercial scale in a few places. One of the most prominent examples is the Petra Nova facility in Texas, which captures CO2 from an existing coal plant. Another notable project in Mississippi was scrapped after it ran billions of dollars over budget.

Researchers throughout the world are working to develop better, more affordable technology. Some of that research takes place at Pennsylvania universities and the U.S. Department of Energy’s National Energy Technology Laboratory south of Pittsburgh.

In the United States, the DOE has funded a lot of that work. States have also contributed, as have private dollars from the coal and natural gas industries.

Getting out of the research and development phase and putting a project on the ground often results in a partnership between government and industry. For example, a company that operates a coal-fired power plant in North Dakota is looking to retrofit the facility to capture its emissions, then pipe the gas underground for storage. Minnkota Power is hoping for a federal grant, in conjunction with state money and private dollars, to fund the $1.3-billion project.

Other efforts aim to spur innovation to put carbon dioxide to use. Project developers are vying to put their ideas to the test in a competition known as the Carbon XPRIZE. Finalists are building facilities next to power plants in Wyoming and Alberta to turn CO2 into concrete, chemicals and other products.

Congress recently approved a more robust tax credit for storing carbon dioxide underground and piping it into old oil fields to squeeze out more crude, a process known as enhanced oil recovery. Storing CO2 in the earth presents some uncertainties that researchers continue to study, like whether the gas will migrate into aquifers or escape into the atmosphere.

In Pennsylvania, the Department of Conservation and Natural Resources completed preliminary studies on the potential for carbon storage in 2009. Further plans to pursue carbon capture and storage technology never materialized, though the state remains involved in a DOE-backed regional collaboration working the issue.Experts say more research needs to take place to develop better, cheaper technology.

Some say that’s only likely with tougher environmental policies that impose penalties for emissions or offer incentives for reductions. Those policies could be a cap-and-trade program, a carbon tax, or something like the Obama-era Clean Power Plan that would have given each state a limit on greenhouse gas emissions. The Environmental Protection Agency under President Donald Trump has proposed an alternative to that plan, letting states set their own emissions goals. 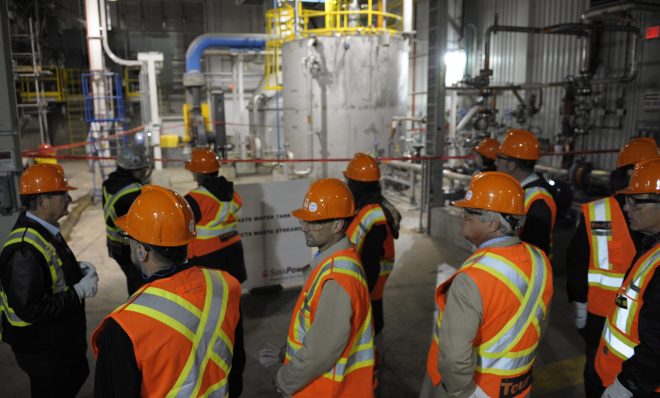 Penn study: Changing fuel for cement kilns could cut CO2 emissions. But cost is an obstacle

Researchers at the University of Pennsylvania say heavy industry could adopt strategies to cut emissions and capture carbon. 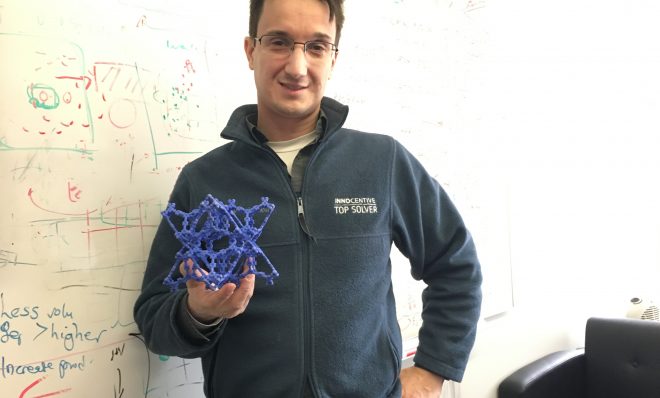 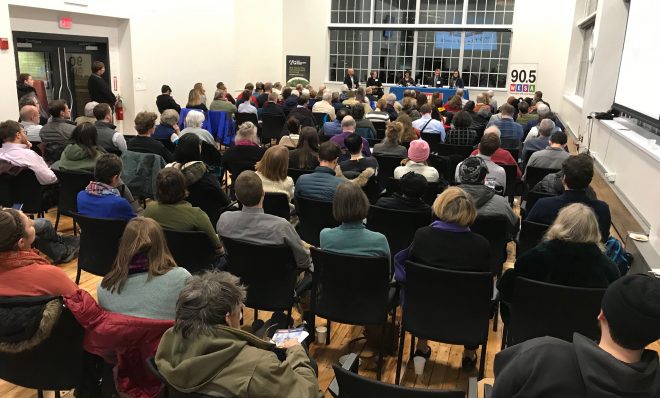 3 thought-provoking things from ‘The future of energy: Can we get to zero carbon?’ forum in Pittsburgh 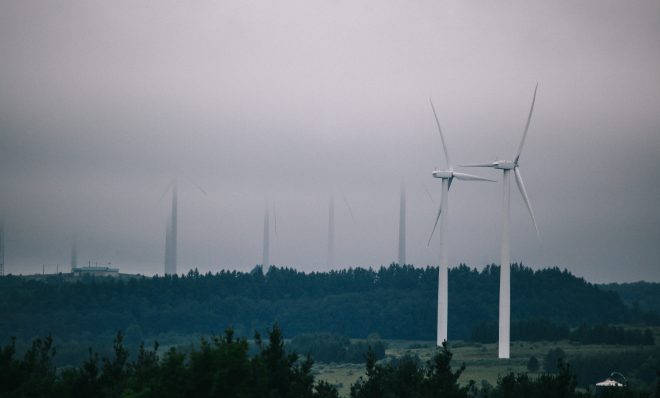 Ahead of public event in Pittsburgh, StateImpact reporters discuss what ‘zero carbon’ might mean 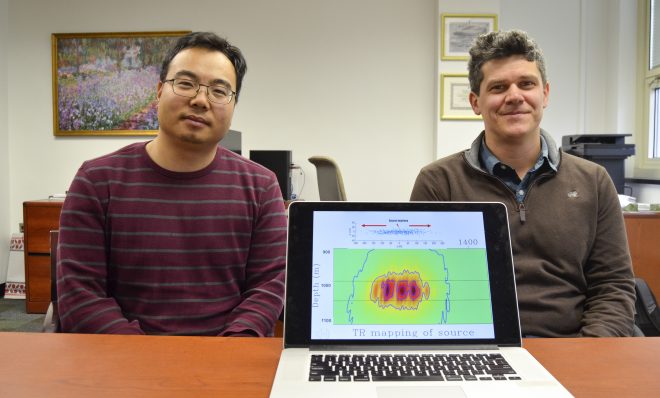 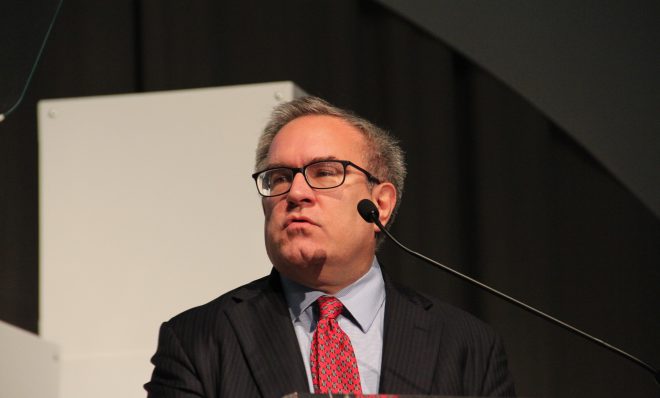 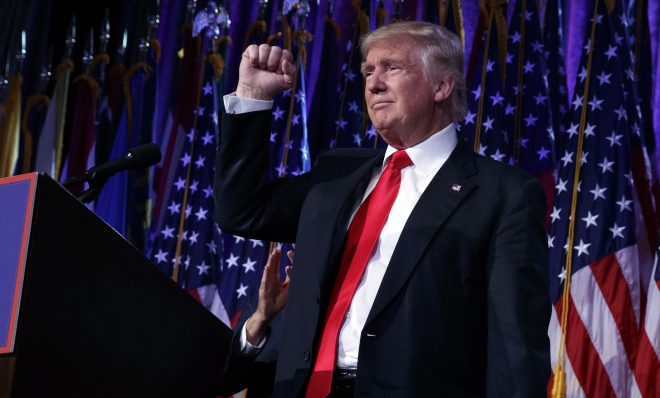