Tieyuan Zhu, left, and Eugene Morgan of Pennsylvania State University are part of a research team studying carbon storage. They are pictured here with a model that helps explain how carbon dioxide moves through rock underground.

If power plants that burn fossil fuels could capture their carbon emissions and store them somewhere, it would go a long way toward preventing greenhouse gases from entering the atmosphere.

That would dramatically lessen the effects of climate change. While many scientists and engineers in Pennsylvania work to develop this cutting-edge technology, it’s slow to roll out and so far exists only outside the commonwealth.

Some of the newest research comes from Penn State. It’s in the field of carbon capture and sequestration, better known to the public as “clean coal” technology. It generally involves filtering out carbon dioxide from the rest of the emissions from a coal or gas-fired power plant. The CO2 then shoots through a pipeline to an injection site, where it’s pumped into the ground. Sometimes it’s done just for storage in rock, and other times it takes place in old oil fields to help squeeze more crude out of the ground.

“It’s not like there is a swimming pool where these things are stored,” said Sanjay Srinivasan, professor and head of the department of energy and mineral engineering at Penn State. “These gases and supercritical fluids have to migrate through very small pore spaces.”

The hope is they’ll stay trapped inside the rock forever.

But, what if one day the carbon dioxide moves somewhere unwanted?

“It’s really important to keep track of where the CO2 is,” said Eugene Morgan, assistant professor of petroleum and natural gas engineering.

In places where this is being tested, he said carbon dioxide is often injected down old wells into oil fields.

“Those wells offer a very nice pathway for CO2 to travel,” he said.

No one wants it to move into an aquifer or back up into the air, but the professors say more research needs to take place to know whether that’s likely.

The team, along with researchers from several other institutions, received a federal grant to develop a way to track carbon dioxide with seismic data from injection sites in Texas and Mississippi.

When pushed underground at a high pressure, carbon dioxide forms small cracks in the rock. To help explain, Tieyuan Zhu, assistant professor of geophysics, queues up a Powerpoint presentation and hits play.

A series of pops erupt from his computer.

“You can hear the sound at the beginning is very strong,” he said.

Those pops indicate the energy from the carbon dioxide traveling about the fractures. Eventually, they slow.

“If it opens a very small fracture … you are going to hear the weaker sound,” Zhu said.

The goal is to create a way to follow the spread of carbon dioxide in real time. Each researcher plays a different role in making that happen, from developing a detailed geologic model of the site to processing data on the speed of the seismic waves and how the energy from the waves dissipates as they interact with the rocks.

Could projects testing this technology come to Pennsylvania?

Between Penn State, other universities and a federal lab near Pittsburgh, a lot of research on carbon capture and sequestration takes place in Pennsylvania. But on-the-ground projects testing this technology are located elsewhere.

Some people, like John Quigley, say they could be here. A decade ago when he was secretary of the Department of Conservation and Natural Resources, the agency released several reports on the feasibility of the technology in Pennsylvania.

“We found that Pennsylvania had several hundred years worth of storage potential,” he said.

Quigley wanted to pursue what he calls a carbon network — capturing carbon dioxide from the state’s coal plants and piping it to a site for storage. 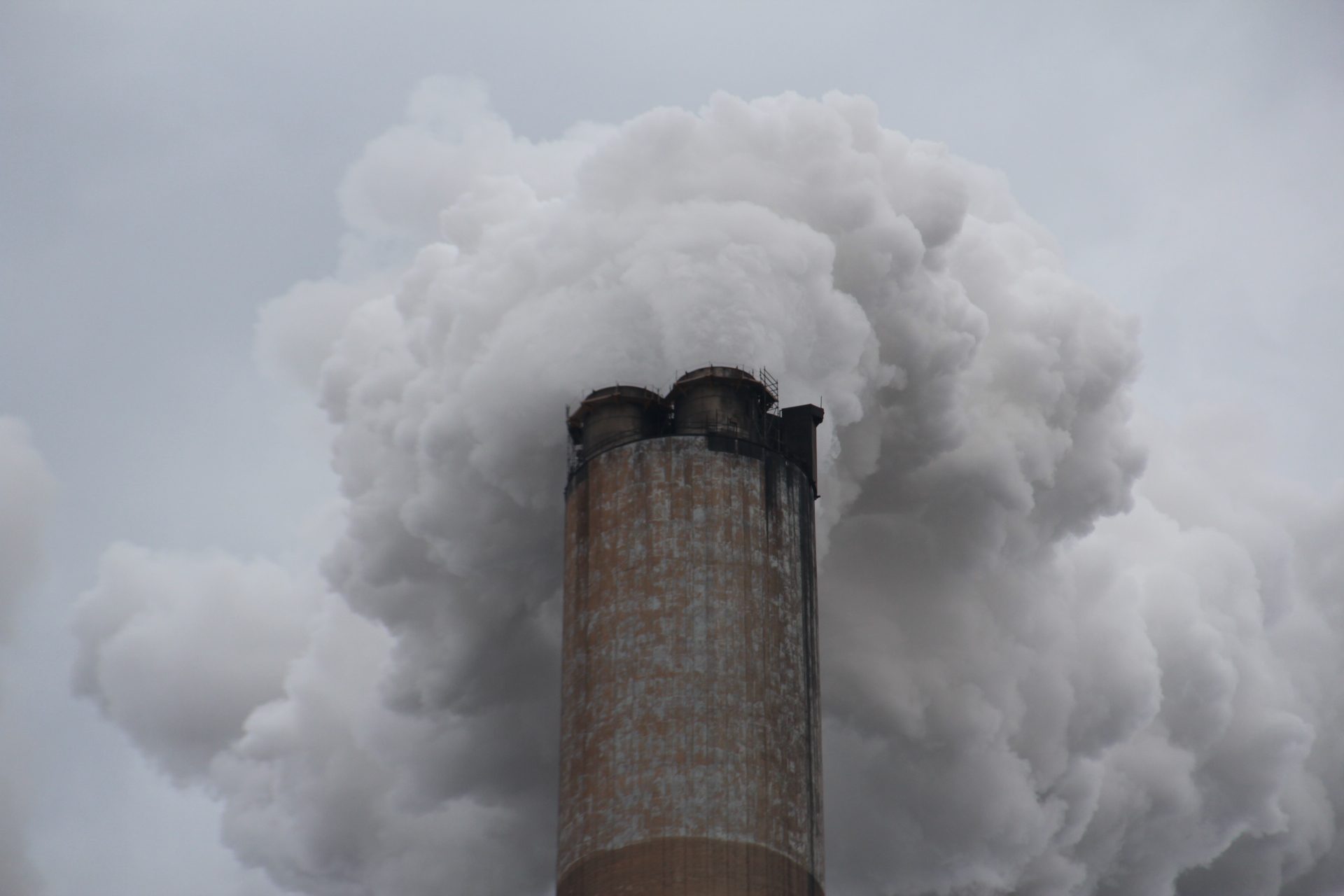 He knows that’s a heavy lift, and he said the state’s energy landscape has changed drastically in the years since as rigs drill deep into the Marcellus Shale for natural gas. The focus has shifted to gas, which, when used to generate electricity, emits less carbon dioxide than coal.

Quigley served in the Rendell administration when DCNR did the bulk of its carbon capture and sequestration research. He said governors since then have not followed up much on the subject.

“It starts with a demonstration of leadership and intent at the state level, that this is a priority, and then gathering these stakeholders and starting the really complicated conversations about how we are going to move this thing off square one,” he said.

The topic has not totally fallen off the state’s radar. The Pennsylvania Geological Survey is in a regional partnership testing storage underground.

A spokesperson for Gov. Tom Wolf said the administration is eyeing a carbon capture project in Texas, and he urged Congress to increase a tax credit for storage projects.

That measure passed earlier this year. It could make a meaningful difference, said Jarad Daniels, director of strategic planning, analysis and engagement with the U.S. Department of Energy’s office of fossil energy.

“There are a lot of people out in private sectors and private companies in the United States that are talking about it,” he said.

The buzz surrounding the tax credit has to do with a major obstacle for capturing carbon emissions: cost. Take, for example, the $1 billion project completed at a coal plant in Texas last year — the first major carbon capture system in the United States.

“If you go out and talk to some of the folks that started those first-of-a-kind units, they know that if they built a second-of-a-kind, it would come in probably 20 or 30 percent cheaper just because of the lessons they learned building and operating that first unit for a year or two,” Daniels said.

Federal and state subsidies have helped the industry pioneer the technology.

Some of it is being developed by DOE itself. The National Energy Technology Laboratory south of Pittsburgh, for example, is working on membranes that could be used to filter emissions.

“They have come up with a way of taking different materials and mixing them together in a very thin sheet,” said John Litynski, who manages DOE’s carbon capture program. “Essentially they selectively move carbon dioxide through that thin sheet. You have a pure form of CO2 on one side and remaining nitrogen on the other side.”

While that may not take care of all carbon emissions from a power plant, using membranes could significantly reduce the amount that goes into the atmosphere and be more cost-effective than other technologies that seek to capture more emissions, Daniels said.

Some experts, like Ed Rubin at Carnegie Mellon University, point to the history of environmental controls at power plants. For example, acid rain was a huge problem facing some communities until coal plants installed scrubbers to remove sulfur dioxide from their emissions, said Rubin, a professor in the departments of mechanical engineering, as well as engineering and public policy. Over a few decades, Rubin said costs for that technology have come way down.

He expects the same will happen with carbon dioxide controls, but he said tougher regulations are needed to make that technology more widespread.

“Policies come in two flavors: carrots and sticks,” he said. “Turns out most people like carrots more than sticks.”

That tax credit Congress passed last year? He considers that a carrot. But, he said, we need sticks too — major policies like the Obama-era plan requiring states to dramatically cut emissions, or a market-based approach such as a cap-and-trade system or a carbon tax.

“If the motivating issue is climate change, we need deep reductions in emissions, not shallow reductions, and we need them fairly quickly,” he said.

At the Penn State campus, the researchers also feel the clock ticking as they work to better track the movement of carbon dioxide underground.

“That sort of tool needs to be developed, proved and field-ready,” Morgan said.

Then, even bigger carbon storage operations can start up. Srinivasan said that’s an important part of the strategy to combat climate change because the transition to renewable energy is slow. Flip on a light switch and more often than not, that electricity still comes from fossil fuels.

StateImpact Pennsylvania is a collaboration among WITF, WHYY, WESA and the Allegheny Front to report on the the commonwealth’s energy economy.