The Pennsylvania Judicial Center, which houses the Commonwealth Court, is seen here on May 5, 2022. 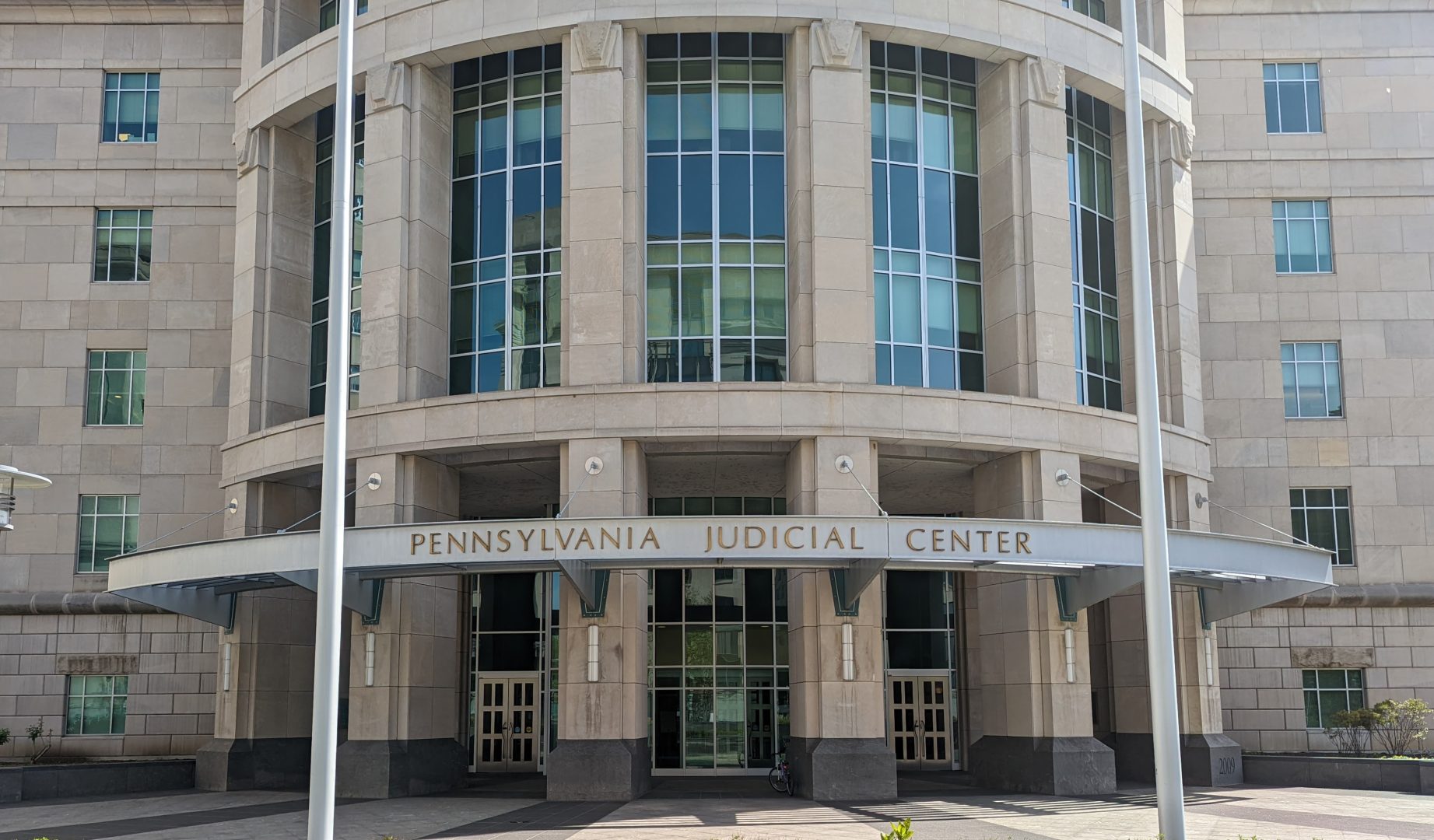 The Pennsylvania Judicial Center, which houses the Commonwealth Court, is seen here on May 5, 2022.

Commonwealth Court is dismissing the Department of Environmental Protection’s claim that a signature climate regulation was unlawfully delayed.

The opinion issued Thursday does not resolve the question that prompted the suit: How long lawmakers have to dispute new rules.

The rule to let the state join the Regional Greenhouse Gas Initiative cleared most regulatory hurdles by late 2021.

But the Legislative Reference Bureau, which publishes regulations to make them official, refused to print the rule right away.

By law, the House and Senate each have 30 calendar days or 10 legislative days–whichever is longer–to vote on a disapproval resolution to stop a new rule from taking effect.

The Republican-controlled legislature said those periods happen one after the other. The Wolf Administration argued the review periods are supposed to be simultaneous.

The bureau agreed with lawmakers.

The DEP’s lawsuit outlasted the legislative delay and the rule was published on April 23, 2022. Because the rule is now official, the court says the case is moot and any judgment given would not have an effect.

Robert Routh, policy and regulatory attorney with Clean Air Council, said it’s an unsatisfying answer. He’s concerned lawmakers will continue to use their reading of the regulatory process to delay important regulations.

“For those of us who are thinking about the merits of the RGGI regulation, I think we’re inclined to be supportive of the view that the disapproval process ought to run concurrently rather than consecutively, because the governor ought to have the ability to do his or her job without prolonged delay or obstruction by the legislature,” Dernbach said.

DEP said it does not comment on litigation. Mike Pavlick, an assistant director at the Legislative Reference Bureau, said they are reviewing the decision.

The opinion in this case doesn’t affect the state’s attempt to join RGGI, a program among 11 other eastern states that aims to cut carbon dioxide emissions from power plants.

Dernbach said, now that this case is over, it will allow for greater attention on the merits of RGGI.

A separate case brought by industry groups that challenges the constitutionality of RGGI is still awaiting a court decision, keeping participation in the program on ice.

Under RGGI, power plants have to pay for each ton of CO2 they emit. That money goes to the state, where it can be used to boost clean energy programs and energy efficiency to help bring down emissions.

An estimate from the Independent Fiscal Office says the state could raise $800 million per year from the program, if the price of CO2 stays around $13/ton. DEP projects that revenue will decline over time as emissions fall.