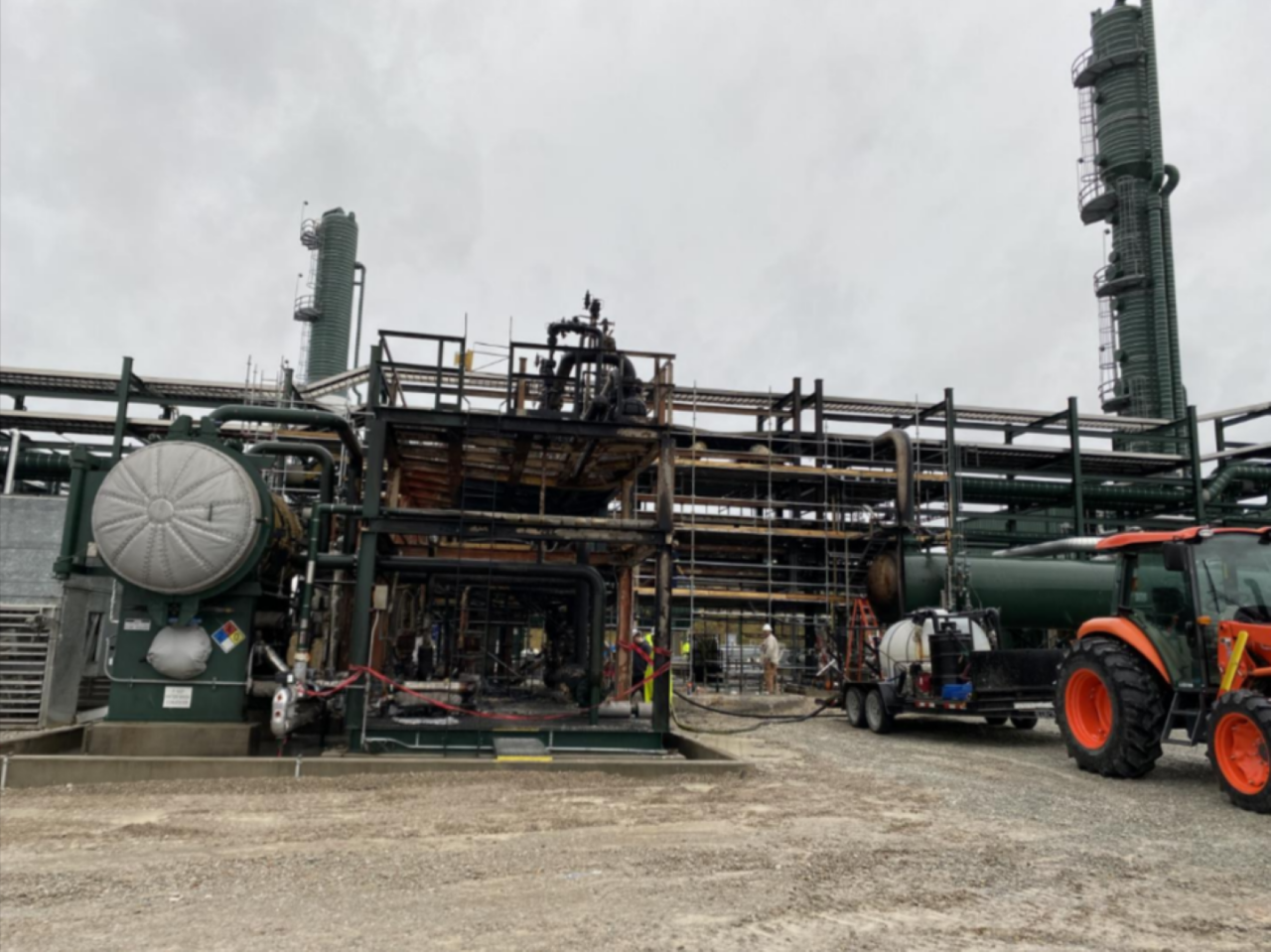 The Department of Environmental Protection is investigating a Christmas Day explosion at a natural gas processing plant in Washington County.

The explosion occurred in the early morning at Energy Transfer’s Revolution Cryo plant in Smith Township. A DEP incident report said the explosion occurred when a defective valve released a vapor cloud of natural gas liquids from one section of the plant and ignited, though the ignition source was unknown.

The fire burned for most of the day, venting gases and flames. No injuries were reported.

DEP spokesman Neil Shader said in an email that “primary operations” at the facility are on hold.

The state issued construction and operating permits for the plant in 2018.

According to DEP records, it’s had problems in its short life. In 2021, the company was cited by the state for “failure to prevent visible emissions into the atmosphere” during a March 2021 inspection. The company agreed to a civil penalty of $15,550 later that year.

Energy Transfer pleaded no contest last year to environmental crimes for infractions and accidents on two major pipelines in the state. One, the Revolution pipeline, exploded in Beaver County in 2018. The company paid a record $30 million fine for that explosion. The Mariner East, a natural gas liquids pipeline the company built along the southern part of the state, has racked up $20 million in fines for over 100 violations, including wetland pollution and destruction of private water wells.

The company, which operates a nationwide network of pipelines and other facilities, reported a third-quarter profit last year of $1 billion.

The area around the Revolution facility could host another natural gas processing plant. Another company, MarkWest, is seeking state approval to expand its Harmon Creek plant, about a mile away.

Cat Lodge, who lives in nearby Robinson Township, said flares from the Revolution plant have been burning in recent days. She wants the DEP to finish its investigation into the Revolution plant explosion before the agency grants a permit for another processing plant nearby.

The area is dotted with pipelines, well pads, compressor stations, and other gas infrastructure.

“How can you stack these all right next to each other?” Lodge said. “Can we get a handle on this before the new one comes in?”