US Steel's Clairton Coke plant, as seen from the air in 2017. Photo: Reid R. Frazier 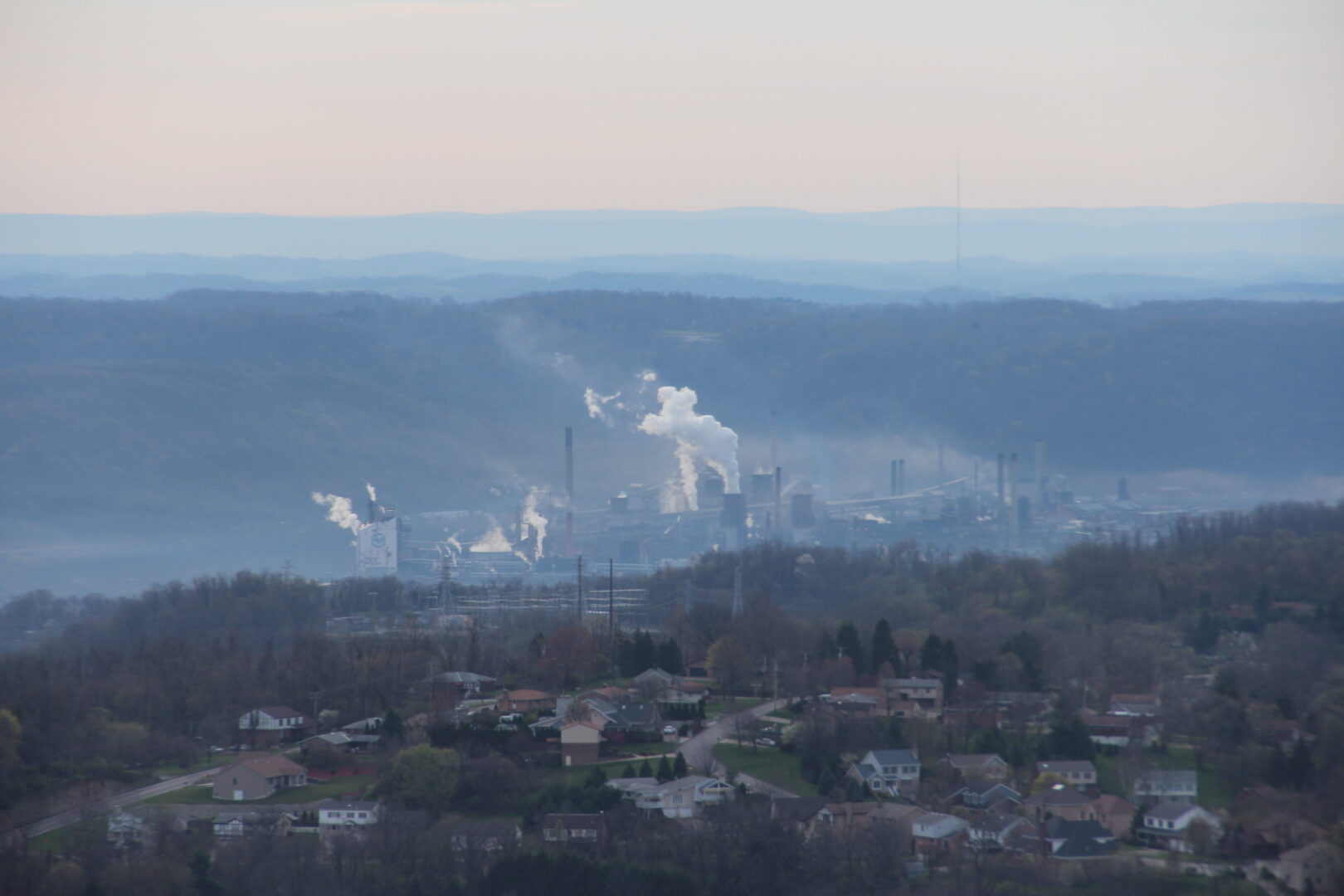 US Steel's Clairton Coke plant, as seen from the air in 2017. Photo: Reid R. Frazier

Armed with a year’s worth of monitoring data, residents and environmental groups say health hazards from benzene pollution at Pittsburgh-area U.S. Steel plants are “beyond imminent,” and they’re asking the U.S. Environmental Protection Agency to “take immediate action” to cut pollution from the plants.
In a letter to the agency last month, the groups revealed data from several air monitors placed at homes in the Mon Valley in Allegheny County, arguing the results show levels of benzene, a known human carcinogen, that threaten public health and the environment.
The Environmental Integrity Project sent the letter, which documents benzene levels spiking in the air near the plants during inversions, weather events that trap pollution near the ground, in the Mon Valley this fall.

The letter demands the EPA act to lower benzene and other toxic air emissions from the company’s three large production facilities.

The group is asking the EPA to exercise a clause of the Clean Air Act that mandates the agency investigate sources of air pollution and devise ways to reduce them, and order polluters to monitor air pollution and publish their results. It calls on the EPA to take emergency measures under federal law when “imminent and substantial endangerment to public health or welfare, or the environment” is at stake.

A spokesman for the EPA said in an email: “EPA is committed to protecting air quality and public health in western Pennsylvania and across the nation. We are currently  reviewing the information provided in the letter and plan to respond in the near future.”

A spokesperson for U.S. Steel said the company is “reviewing the letter at this time.”

In an email, Jen Duggan, attorney for the Environmental Integrity Project, said, “EPA has not yet responded to our request for a meeting though I am hopeful they will do so soon. There is no specific deadline or formal process. We will continue to follow up with EPA until we are able to get the necessary attention and action to reduce toxic exposures for the community.”

Benzene and other air pollution in the Mon Valley

After reviewing the monitoring data submitted by the groups, David Eastmond, professor emeritus of toxicology at the University of California at Riverside, who was not involved in the project, said the amount of benzene in the Mon Valley was “roughly five times higher … than it is in downtown Pittsburgh.”

“The workers that are exposed probably have risks that are much higher than certainly people in the surrounding community because they’re most likely exposed to much higher levels of benzene,” Eastmond said.

Eastmond said that the levels of benzene approached but didn’t exceed the maximum exposure levels recommended by the CDC’s Agency for Toxic Substances and Disease Registry. Still, he said “some action is needed” to reduce air pollution from the plants, considering the area’s frequently high levels of particulate matter and hydrogen sulfide, for which the county health department study has found U.S. Steel “entirely” responsible.

“There is also likely exposure to other carcinogens… so that the overall risks are even higher. The hydrogen sulfide and particulate issues by themselves could be a concern but the combination of all the exposures together indicates to me that additional action is warranted,” he said.

In making their request, the groups drew on public health research showing a negative health impact from the company’s plants, including one study that documented increased asthma episodes after a 2018 fire at the Clairton Coke Works knocked out that plant’s pollution controls. Another study found that children living near U.S. Steel’s plants had “nearly triple” the national asthma rate, with the highest rates among African American children.

“We wanted to see if, in fact, there was the presence of benzene because we were worried about that in the community,” Graves-Marcucci said.

The highest recorded benzene levels were outside Dave Meckel’s house in Glassport, about a mile from the Clairton plant. The two-week average for a period in October at his house for benzene readings was 16.7 micrograms per cubic meter. The maximum federal level for short-term benzene exposure limits, as set by ATSDR, is 29 micrograms per cubic meter. The groups that sent the EPA letter think it’s likely that the air outside his home exceeded that limit at some point in October.

“We’re pissed,” Meckel said. “How would you feel? And they’re forcing me to breathe this because nobody’s doing nothing about it.”

Meckel said his wife was recently diagnosed with anemia, one of the known health impacts of benzene, which attacks the body’s bone marrow, where red blood cells are produced. And he said air quality has impacted his health.

“I can’t physically go up my hill behind my house without having to stop five times before I get to the top because I run out of breath,” Meckel said.

At times, he said pollution from the Clairton plant, a mile from his house, is palpable.

“You get a cloud cover over the valley, and their stuff is only going as high as a cloud,” he said. “And then it falls to the ground, and it makes it stink all the worse because it can’t get up into the atmosphere. It just hangs in the valley.”

Germaine Gooden-Patterson of Clairton said she was not surprised to see high levels of benzene at the monitor outside her house. Gooden-Patterson, who works at the environmental non-profit Women for a Healthy Environment, thinks the health of the residents in the Mon Valley should take precedence over the economic needs of U.S. Steel.

“I think the health of the residents should be protected by any means necessary. If that means closing the mill down, then that needs to happen,” she said. But unlike Meckel, Gooden-Patterson said she wasn’t angry. “I think I’m more discouraged. I think for me, it’s more discouraging that this is allowed to happen.”

The Chesapeake Bay earns a D+ in latest report.