The Pennsylvania Department of Environmental Protection is headquartered in the Rachel Carson State Office Building. 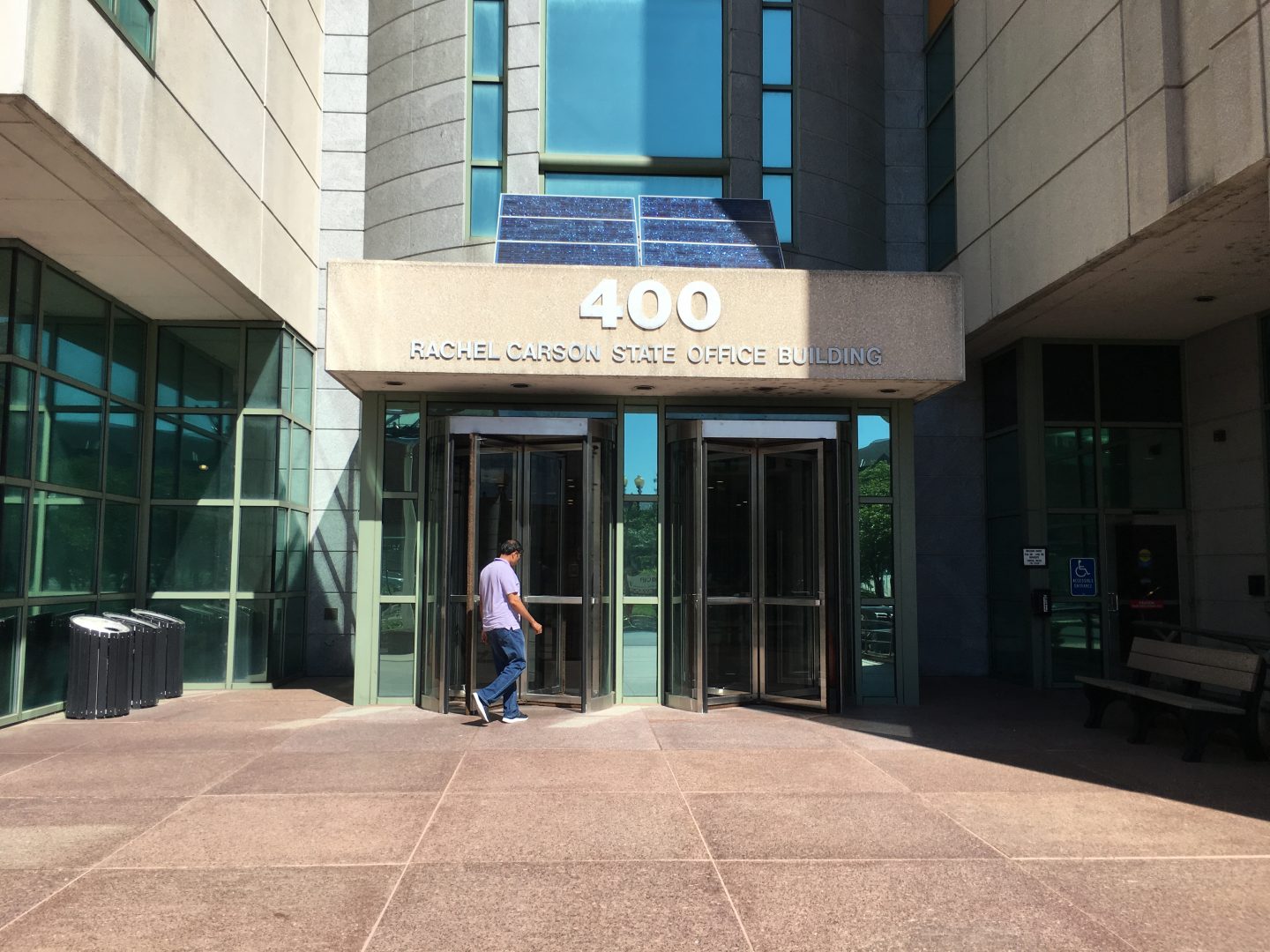 The Pennsylvania Department of Environmental Protection is headquartered in the Rachel Carson State Office Building.

Lawmakers in Harrisburg have wrapped up budget hearings and are now working on a spending plan for the next fiscal year.

Republicans in the state legislature have long complained that DEP is too slow to process permits for companies attempting to build or drill in the state.

Democrats have complained the agency is underfunded, and so can’t adequately enforce environmental regulations.

Heading into the next fiscal year with a budget surplus, Wolf is proposing adding 41 positions to DEP. They would be focused on water quality and dam safety inspections.

DEP Secretary Patrick McDonnell warned the agency could lose people soon, because it has had to rely on overtime work to reduce a permitting backlog.

“At any given moment we’re one resignation, one retirement away from being right back in that backlog,” McDonnell said.

He said the DEP needs the funding boost after several lean budget years.

“When we have a General Fund reduction, that overwhelmingly affects our water programs,” he said, adding that the agency’s air and radiation programs are funded through federal dollars or special funds.

Rep. Stan Saylor (R-York), the chair of the House Appropriations Committee, said Wolf’s budget is projecting a deficit going into the 2023-24 fiscal year.

He and other lawmakers said that would make the added staff temporary, because there won’t be enough money to keep the positions into a second year.

“Are we serious about this or is this just public relations?” Saylor said.

Asked to reconcile the projected deficit with adding staff, McDonnell said, “Whether or not that is an appropriate amount is, first, something to be decided by this body and the governor and then, second, how that continues forward is not something I would presume, particularly in the last year of this administration.”