Climate activist, Greta Thunberg, of Sweden, delivers her speech during a Fridays for Future demonstration in Milan, Italy, Friday, Oct. 1, 2021. 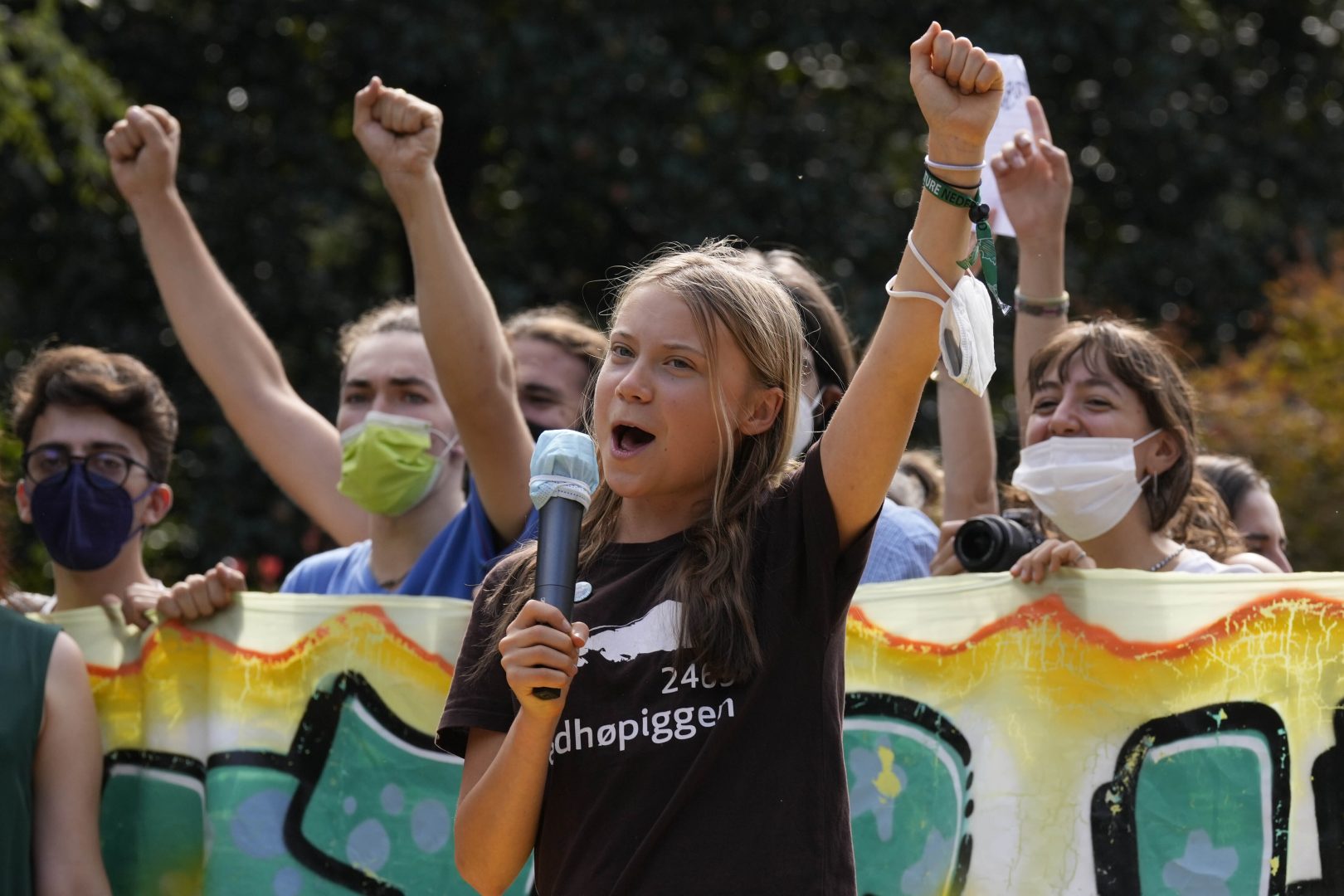 Climate activist, Greta Thunberg, of Sweden, delivers her speech during a Fridays for Future demonstration in Milan, Italy, Friday, Oct. 1, 2021.

This story originally appeared in Reuters and is part of Covering Climate Now, a global media collaboration strengthening coverage of the climate story. The interview with Greta Thunberg was conducted by CCNow partners NBC News, Reuters, and The Nation.

For climate activist Greta Thunberg, success at the upcoming U.N. climate conference would come only if world leaders honestly admit that their action is not living up to their words.

The summit, taking place next month in Glasgow, Scotland, aims to secure pledges by the world’s nations to limit the global temperature from rising more than 1.5 degrees Celsius above the preindustrial average.

“We are so, so far behind what would be needed,” the 18-year-old told Reuters in an interview at the kitchen table of her two-bedroom Stockholm apartment on Wednesday evening, after returning home from high school.

“Maybe leaders being honest will create a sense of urgency that will make people wake up.”

In just three years since she started skipping school on Fridays to protest alone outside the Swedish parliament, Thunberg has become a global figure, giving voice to her generation’s fury at the world’s failure to tackle a problem known about for decades.

Next month’s COP26 summit is billed as the last big chance for leaders to announce firm targets to cut climate-warming industrial emissions this decade. Thunberg says she will probably go to the conference but expects to be disappointed once again.

“And then I expect things to continue to remain the same. … The COPs as they are now will not lead to anything unless there is big, massive pressure from the outside.”

With global temperatures already 1.1 C higher, and a U.N. climate panel warning that climate change is close to spinning out of control, Thunberg discussed the upcoming summit in interviews with Reuters, NBC News and The Nation, coordinated through Covering Climate Now, a media partnership.

Her forthright speeches put world leaders on notice: “You are failing us. But the young people are starting to understand your betrayal,” she said in a speech at a U.N. summit in 2019. “The eyes of all future generations are upon you. And if you choose to fail us, I say: We will never forgive you.”

After a year out of class promoting her cause full time, Thunberg is now a student once more, enrolled in her second year of high school.

She has moved from her parents’ home into her first apartment, a borrowed one, shared with a labrador named Roxy and a golden retriever called Moses. Her father, Svante, visits often. Her younger sister and opera-singing mother Malena Ernman are performing these days in Stockholm in a musical about Edith Piaf.

“When you stay grounded, it’s not so hard to come back to normal life again,” Thunberg said. “And I am fortunately in Sweden, where people don’t care so much about famous people. So, I’ve been left alone.”

The forthrightness which brought her to global attention is still her trademark. Before the interview, she said her autism — a diagnosis she has referred to in the past as a “superpower” — made her more comfortable looking directly into the camera than towards an interviewer.

“This is all we hear from our so-called leaders. Words. Words that sound great, but so far has led to no action.”

Now, she says she is trying to manage her work with Fridays For Future with her regular school workload. Because of the pandemic, the movement meets mostly online, making it less time consuming.

“I’m trying to be efficient – to do all the homework while I am at school, so that when I go home, I am free to do other things, to work,” she said. “Surprisingly, I manage.”

She has few plans for when she finishes high school in two years, but said she wanted to continue studying, “because I like doing that.”

And after school? “I’m sort of procrastinating that. But I guess we’ll see where I end up.”