This file photo shows Shamokin Creek in Shamokin, Pa. Drainage from thousands of abandoned coal mines has contaminated thousands of miles of rivers and streams in the state.

Funding would go toward former mine land and abandoned oil, gas wells 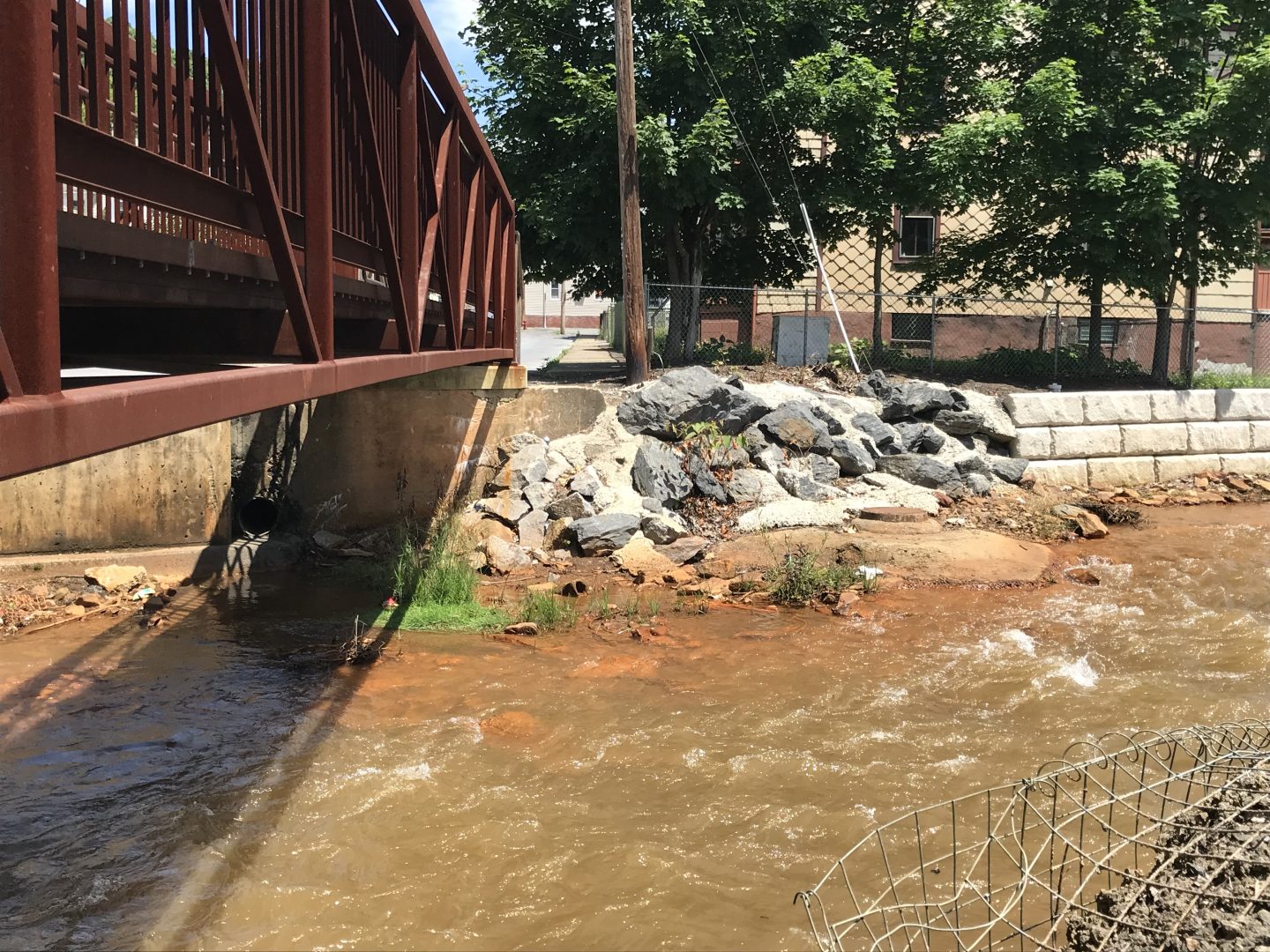 This file photo shows Shamokin Creek in Shamokin, Pa. Drainage from thousands of abandoned coal mines has contaminated thousands of miles of rivers and streams in the state.

The Biden administration is continuing its push to clean up former mine land and cap abandoned oil and gas wells, with two top officials visiting Pennsylvania on Tuesday to discuss federal funding goals.

Federal funding for more reclamation projects like these, Haaland and McCarthy said, will revitalize local economies that have historically depended on fossil fuels.

“We’re so grateful for the work that coal miners have done,” Haaland said. “As the country shifts toward developing a robust and sustainable clean energy future, we need to do everything we can to make sure that we never leave these communities behind.”

Most of the funding the administration envisions has yet to be approved by Congress.

According to the U.S. Department of the Interior, the $1.2-trillion-dollar bipartisan infrastructure deal forged last month includes $16 billion to reclaim former mine land and cap abandoned wells. Senators will continue negotiating the details of the bill this month.

The news release also says the state received $25 million through the department’s Abandoned Mine Land Economic Revitalization grant program, which specifically requires states to develop the land with a focus on the economic benefit of the communities involved.

“You are not just correcting a problem, you’re looking to make it an economic win, and that’s how we have to think about it,” she said.

The problem itself is sprawling.

The Pennsylvania Department of Environmental Protection estimates that the state has more than 287,000 acres of abandoned mine land and over 5,500 miles of streams polluted by runoff from former mines.

In its latest annual report on the oil and gas industry, the DEP said it has also identified more than 12,000 abandoned oil and gas wells throughout the state, fewer than one-third of which have been plugged.

It estimated that over 200,000 abandoned wells remain unaccounted for.

Amy Townsend-Small, an associate professor of environmental science at the University of Cincinnati whose research includes the impacts of abandoned wells, said the numbers are daunting.

“All the biggest oil- and gas-producing states historically have a massive problem on their hands,” she said.

Pennsylvania has a long history of oil and natural gas extraction; Titusville, Pa., was home to the first U.S. well intended for commercial oil production, drilled in 1859. This year, Pennsylvania was the second-largest producer of natural gas in the country.

Abandoned wells can leak methane, Townsend-Small said, which is a greenhouse gas many times more powerful than carbon dioxide over a 20-year period. They can also release pollutants like benzene, which the CDC says can cause cancer and harm the immune system if someone is exposed over a long period of time.

In addition, oil and brine from the wells “can leak into the surrounding groundwater or contaminate rivers and streams,” she said.

The DEP uses surcharges from oil and gas drilling permits to plug abandoned wells, but it has said that revenue does not provide nearly enough funding to resolve the issue.

Biden administration officials acknowledged the scale of the problem.