Chris Romer believes the natural gas industry has a bit of a brand problem.

So, he’s directing his passion for solving what he calls “big gnarly problems” toward the gas industry. The former investment banker and Colorado state senator is now focused on climate change and methane leaks as CEO of Project Canary, which monitors and evaluates gas sites.

He insists his goal is to clean up the industry’s operations, not just its image.

Project Canary is a B Corp, which means it’s a mission-driven, for-profit company. It was founded in Colorado, which has strict regulations for methane emissions.

Methane leaks are a problem because the greenhouse gas has 28 times more warming power than carbon dioxide over the course of a century.

Pennsylvania’s shale gas producers leaked more than half a million tons of methane in 2017, according to scientists working with the Environmental Defense Fund. That’s more than seven times the amount drillers reported to the state.

Project Canary is now working with two natural gas companies with operations in Pennsylvania that plan to certify some of their gas as “responsibly sourced” by tamping down on methane leaks.

Chesapeake Energy and EQT are partnering with Project Canary on pilot programs that outfit well pads with three monitoring systems each. The machines, called “canaries,” take continuous measurements and send them to a platform where the company can see immediately if they have a problem.

Romer said it takes more than leak reduction to earn a “responsibly sourced” certification; their process looks at hundreds of data points about the well pad and the surrounding area, including water quality and safety procedures. 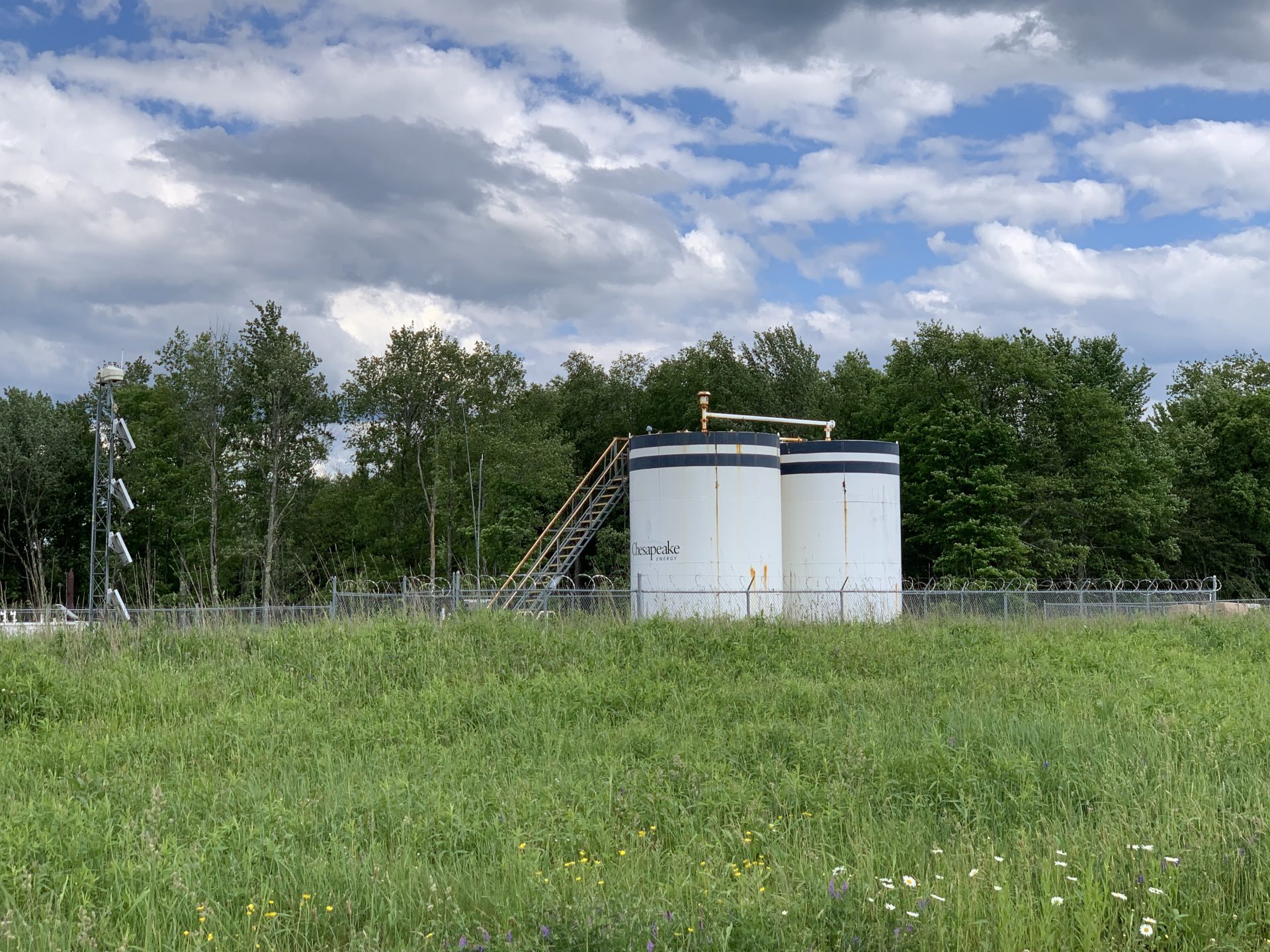 The label will likely be a hard sell to groups that want to see an end to fossil fuels.

David Masur, executive director of PennEnvironment, said the effort sounds like an oxymoron.

“Inherent in the product they produce — either gas for combustion or raw material for plastic — they are intractably irresponsible and dirty,” Masur said, adding that efforts to clean up the industry could make gas more expensive than renewable options.

Romer said his goal is to help the industry get to net-zero emissions and that having “radically transparent” data from the canaries will allow companies to accurately offset their emissions. He believes cleaner gas will be critical to lifting people out of poverty in countries where they rely on burning wood or coal.

The company has more than 400 gas well pads in Pennsylvania. The pilot with Project Canary will only cover two. Chesapeake said it may be expanded based on initial findings and market conditions. Romer said pilots typically last between six months and one year.

EQT also has two of its well pads monitored by Project Canary. But it’s pursuing more ambitious plans, too. It’s working with nonprofits Equitable Origin and MiQ to certify gas from 200 of its well pads in the state’s southwestern corner, which a spokesman said is the majority of its well pads.

EQT said, once it has certification, its “responsible” gas from those pads will make up 4.5% of all U.S. natural gas. The effort is slated to last one year at first, to explore the market for the product. Some, like John Sutter, a Project Canary spokesman, say utilities and liquefied natural gas buyers will be willing to pay more for gas that meets a higher standard.

There are more than 3,200 active well pads in Pennsylvania, according to the Department of Environmental Protection. All have the potential for leaks.

The recent announcements show how much monitoring technology has evolved in the last decade, said Isaac Brown, executive director of the Center for Methane Emissions Solutions, a national business coalition representing the methane mitigation industry.

“Methane was literally addressed by an individual walking blindly through an oil and gas site to see if a device could read methane emissions,” he said. 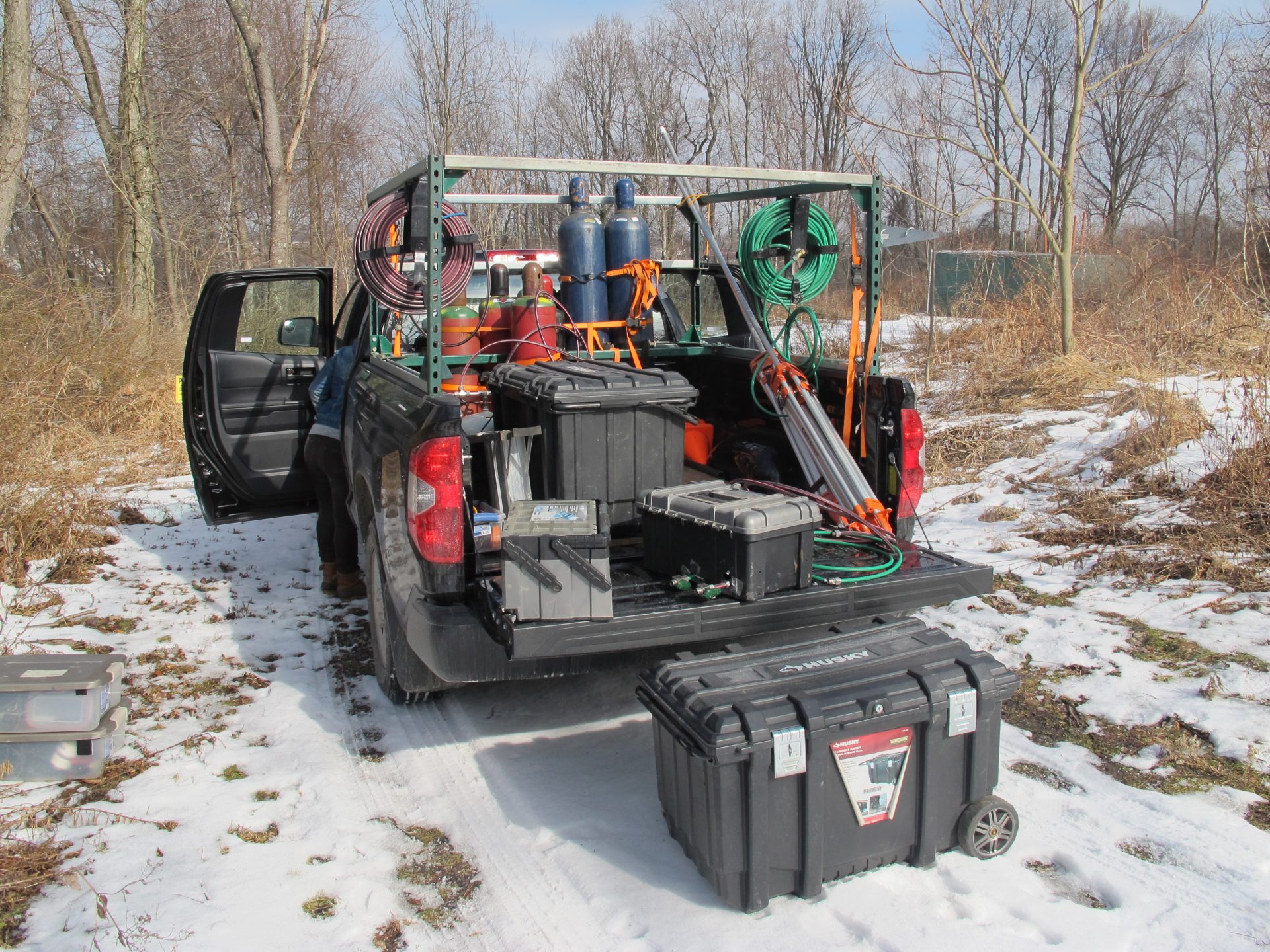 Brown said the moves are also an example of industry recognizing it can try to get ahead of the problem in a cost effective way and help drillers stay competitive as the urgency around climate change increases.

“Certainly, I think there’s a lot of public pressure on oil and gas companies to address methane in a responsible way,” Brown said. “But there’s also, frankly, a very clear business case for why these emissions should be captured, because at the end of the day, methane is their product.”

He noted that, by some estimates, Pennsylvania producers lose over $80 million a year because of leaks.

It’s getting harder for gas to compete against cheaper renewables and batteries, said Bruce Robertson, an analyst with the nonprofit Institute for Energy Economics and Financial Analysis, which works to speed the transition to a sustainable energy economy.

EQT noted in its announcement that markets are rewarding companies that meet higher environmental standards.

But it’s more than just money.

Arvind Ravikumar, an energy engineering professor at Harrisburg University, said investors want to back environmentally-conscious companies and other countries don’t want a product that conflicts with their climate goals. Plus, the Biden Administration is making climate change a top issue and tighter methane regulations are forthcoming from the feds and Pennsylvania.

He said those pressures combined with advances in technology have led many companies to look for public ways to demonstrate that they care about the issue.

Robertson, the analyst, said gas buyers are increasingly demanding better greenhouse gas outcomes from their purchases. He noted “responsibly sourced” has so far been poorly defined.

Ravikumar said, to be effective, the technology should be widely used and reliably catch problems, the companies have to actually fix them, and a third party needs to verify it. Without those steps, he said the efforts could just be a PR exercise.

Certification programs can be helpful in the short term, he said, because it will take a long time to transition away from the fuel. Natural gas is widely used today in the power sector, home heating, and even to make fertilizers.

“I think this is a neat concept,” Ravikumar said. “Having these pilot projects will tell us if, in the real world, it’s reducing as much emissions as we think it’s going to.”

He said he doesn’t care what the industry calls it–clean, responsible, certified– as long as they cut emissions.