OMNI Energy Group’s construction site near an exit of I-70 in Belmont County.

Pa. sends a lot of fracking waste to Ohio. People there want more say in where injection wells go 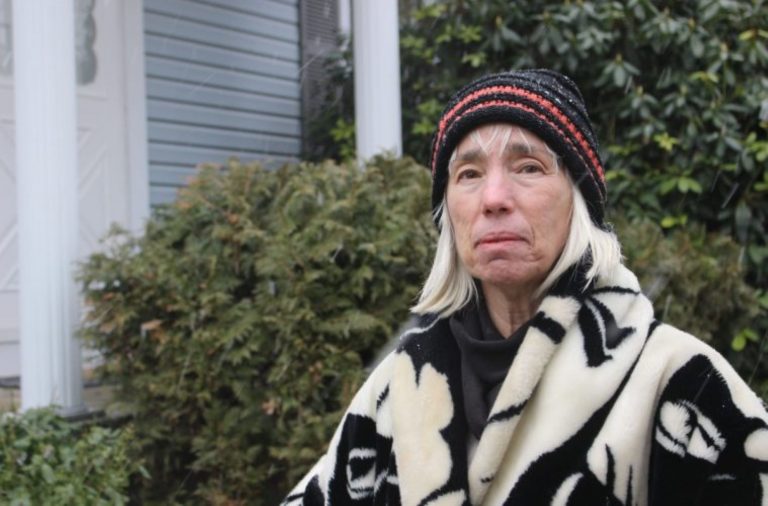 OMNI Energy Group’s construction site near an exit of I-70 in Belmont County. 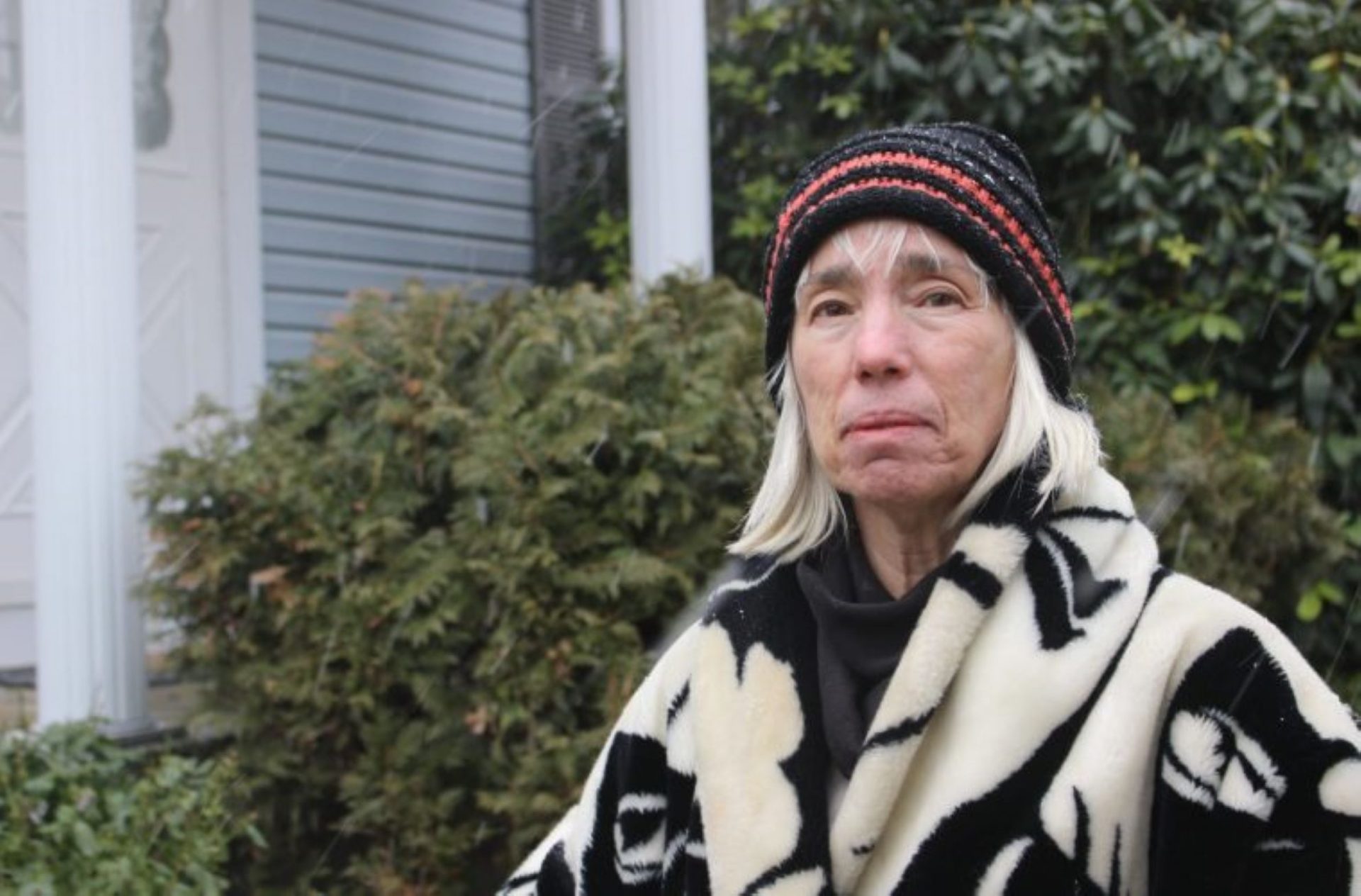 Judy Burger of Belmont County, Ohio stands next to her home, where across the road two frack waste injection wells are being constructed. She fears noise and pollution from constant truck traffic.

Each well drilled using hydraulic fracturing, or fracking, for oil and gas production creates tens of millions of gallons of wastewater, called produced water or brine. In Ohio, much of that wastewater is disposed of in underground injection wells, including waste from Pennsylvania and West Virginia. As the number of injection wells grows in Ohio, local communities want some control over where these wells are located.

In Belmont County, Ohio, Judy Burger’s husband is getting ready to retire. After 25 years, their peaceful home near the highway is quickly changing, “I’m a nervous wreck, I’m on blood pressure medicine,” she said.  “I have my Venetian blinds closed in my house so I don’t have to look across the street to see the mayhem and the destruction and the coming reality.”

Across the street, OMNI Energy Group of New Jersey has been drilling two frack waste injection wells. Heavy construction equipment has torn up the ground, and some days loud drilling noises remind her of what’s coming.

When the work is done, wastewater from oil and gas operations in Ohio, West Virginia and Pennsylvania will be trucked here. According to a state transportation study, 48 trucks will enter and exit the site during peak hours in the morning and afternoon to inject waste into the wells, a salty brine that the US EPA says can be toxic and radioactive.

Burger doesn’t want to live here anymore, and she doubts anyone else would either. “It’s beyond description, how horrible it is to feel like you’re stuck. We were told we have no property value,” she said. “Nobody would buy our property.”

Burger wants it known that she is not an environmentalist. She voted for the past two Republican governors. “Yes, I’m a Republican. I voted for Mike DeWine. I voted for John Kasich,” she said.

But she blames those same Republicans for supporting industry over local communities,

“Why the state favors somebody who comes in here from out of state over its own citizens?” she said, “That’s what’s happening.”

For years, many Republican leaders in southeastern Ohio have lined up to support the oil and gas industry. They’ve seen some residents make good money from land leases and royalties, and find good-paying jobs, in things like machinery rentals and pipeline construction.

But, like Judy Burger, some of those same leaders in Belmont County are flummoxed by the lack of local control in siting the OMNI injection wells, and two others nearby by another company.

Hoagland has also gone directly to the Ohio Department of Natural Resources, the ODNR, which has regulatory authority over the oil and gas industry.

“I asked the director of ODNR, I said, ‘So you’ve got everybody saying ‘no’, but you guys are going to authorize it anyways?’ And the director flat out said, ‘if it fits within the ORC [Ohio Revised Code], we have to allow it to happen. We have to give them the permit,’” he recalled. 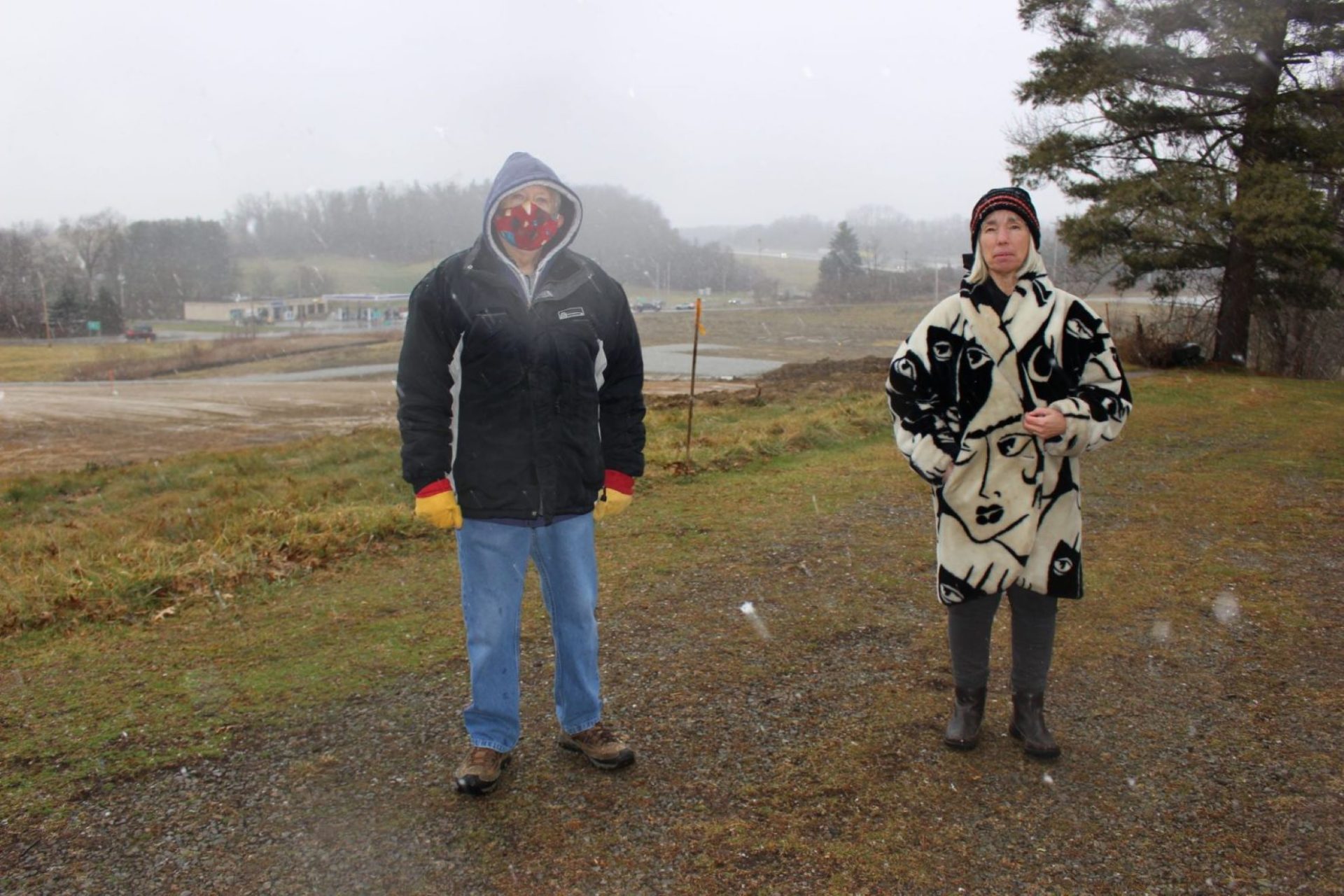 Judy Burger and her neighbor Tom Rattine stand in front of the construction site for two frack waste injection wells.

The ODNR did not respond to requests for an interview. In an email, spokesperson Stephanie O’Grady said basically the same thing. If an applicant can meet the terms and conditions to prevent risks to public health, safety and the environment, she said, “The Chief shall issue the permit.”

In the case of OMNI Energy, local residents wrote letters to the ODNR, according to the agency, with concerns about truck traffic, and idling, the noise, and the proximity to homes and schools.

When the pandemic hit, the ODNR attempted to delay a decision until it could hold a public hearing in person. But OMNI sued to force permit decisions for both wells; a public hearing is not required by law. The Ohio Supreme Court sided with OMNI, requiring the agency to deny or approve the permits. The ODNR approved two permits late last year.

The drilling sound will subside after construction is completed, according to Chris Gagin, attorney for OMNI Energy. This site is near the Interstate 70 and other major roadways, and the ONDR inspectors found that “the initial drilling activities did not materially increase the surrounding ambient noise levels from the surrounding traffic noise,” Gagin said in an email. “It is literally that loud on a normal basis in that area.”

He said OMNI is setting up the site to reduce the impact of trucks on the community, and the design of the wells will be what he calls “industry leading,” to prevent groundwater contamination and surface leaks.

The owner of one local gas station told The Allegheny Front he expects an increase in sales when all the wastewater haulers start pulling in.

Ed Mowrer, manager of the Energy Institute at nearby Belmont College, has seen the county benefit from the oil and gas industry. “The eleven new hotels, the fourteen hundred new hotel rooms,” he pointed out. “All the employment, whether it’s an HVAC dealer, and installing those air conditioning units in the hotels, or to the people that receive money through leasing.”

Mowrer understands why nearby residents are concerned about truck traffic, but he said that injection wells are a necessary part of energy development, since the waste it produces has to go someplace. “Disposal wells are a fact of the oil and gas industry,” he said.

But nearly half of the more than 38 million barrels (1.6 billion gallons) of waste injected in Ohio disposal wells in 2017 came from West Virginia and Pennsylvania, according to the ODNR.

“So somewhere there was a decoupling of what’s generated in Ohio and what Ohio is disposing of, which means that we are more and more taking in a higher percentage of other people’s stuff,” said Ted Auch of the nonprofit Fractracker Alliance.

One reason Ohio takes waste from Pennsylvania: It has many more disposal wells. According to the ODNR, Ohio has 226 wells authorized to inject frack waste. Pennsylvania has 16, according to US EPA, which regulates injection wells in Pennsylvania.

Ohio meanwhile has primacy to regulate injection wells. In 1983, decades before the modern shale industry, the federal government granted the state regulatory authority.

Auch and others concerned about injection wells think it might be time to reconsider Ohio’s primacy. “Primacy is a special thing. You should have to demonstrate all the time that you’re worthy of that as a state, and the state of Ohio has not done that,” Auch said. “The levels of money and labor that they’ve had in that program over time have not kept pace with the amount of activity they’ve been charged with overseeing.”

Still, in 2015, the US EPA found that Ohio was running a “good quality program,” praising the agency for dealing with the potential for earthquakes caused by injection wells, while still recommending stronger enforcement for operators with repeat violations.

In recent years, as more injection wells are permitted, there have been problems. In 2019, brine injected into one well in Washington County migrated into producing oil and gas wells five miles a way. And just this month, an old gas well started spewing brine for days into the environment, killing fish. Brine is suspected to have come from nearby injection wells. According the state, there have been 65 spills of oil and gas related brine in the past three years. Eleven of those happened in Belmont County, where OMNI Energy is building its injection wells.

Senator Hoagland said he does not want Ohio to give up its authority over injection wells to the federal government. “I’d much rather say, ‘Hey, look, if we’ve got the state legislators, the local leadership to include the township leadership saying hell, no, we don’t want this,’  well to me that should be good enough,” he said.

The ODNR could do more to work with local communities on siting decisions, Hoagland said. He and other local leaders are looking at ways to change state law to encourage that.

Natural gas companies have their own plans to go low-carbon