Darren Arnold of NW Natural tests a natural gas stove to see how well it works when it's burning a lower carbon gas mixture.

Natural gas companies have their own plans to go low-carbon 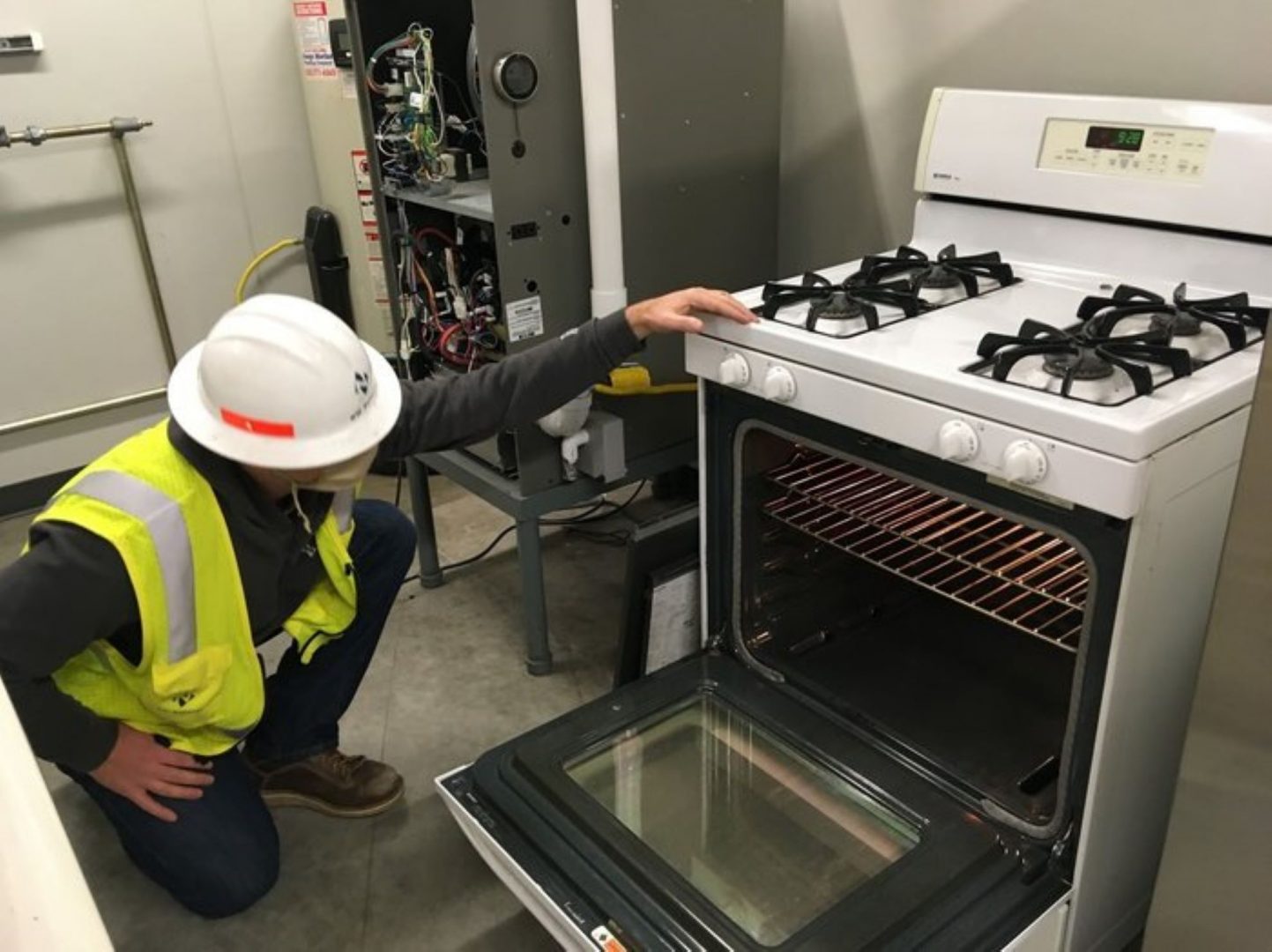 Darren Arnold of NW Natural tests a natural gas stove to see how well it works when it's burning a lower carbon gas mixture. 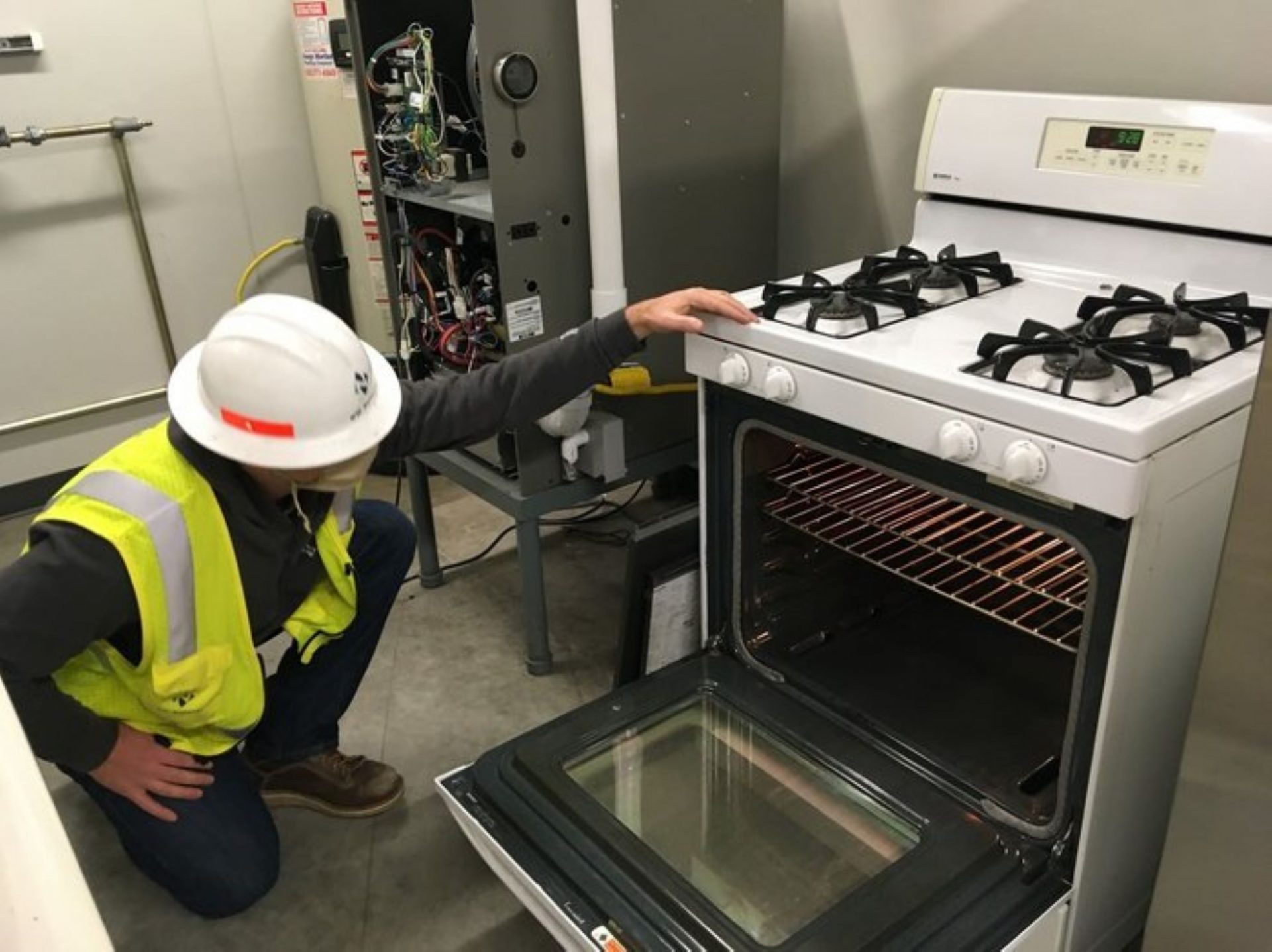 (Portland, Ore.) — Darren Arnold lights the burners on a natural gas stove at a testing facility near Portland, Ore. He’s using a new, lower-carbon gas mixture for NW Natural, a gas utility that serves 770,000 customers across the region.

“For a cooktop burner, we’re looking for a nice blue flame, nice little peaks on the tips of the flame,” he says. “So everything looks really good. We’ll also check the oven.”

Though it’s burning a different fuel mixture, it still works like a regular gas stove. That’s a key part of his company’s plan to lower its carbon output, with an eventual goal of being a carbon-neutral gas system by 2050.

Fossil fuel companies face an existential threat as more governments and businesses tackle climate change and vow to zero-out carbon emissions. President Biden has a plan to do that in the U.S., and some gas companies are recognizing they need a survival plan for the future.

Dozens of cities have moved to restrict or ban natural gas in new buildings and use renewable electricity for heating and cooking instead. But gas companies, which have launched expensive public-relations campaigns in response, say that’s not the only way to decarbonize.

Kim Heiting, senior vice president of operations for NW Natural, says her company’s pipelines — a vast network of them — don’t have to deliver fossil fuels.

Heiting says NW Natural could continue fueling home furnaces, appliances and industrial plants with a carbon-neutral mixture of renewable gas that would come from a variety of sources.

First, they’d capture the methane or biogas that’s being emitted from rotting food, cow manure, wastewater and sewage treatment plants. They’d clean it and put the resulting biomethane, or renewable natural gas, into the company’s pipelines.

“Think about the natural gas distribution and storage system as a massive battery for wind and solar energy.” — Kim Heiting, senior vice president of operations for NW Natural

Heiting says burning that methane is a way of reducing the greenhouse gas emissions that are currently contributing to climate change. Methane released from dairy farms, for example, has far more global warming potential than the carbon dioxide released when that methane is burned.

“Those gases can now be captured, cleaned up and used interchangeably with conventional natural gas,” Heiting says, “allowing them to flow through the pipeline system and providing a very similar climate benefit to wind and solar.”

The supply of waste methane is limited, though. Even gas industry research has found there isn’t enough renewable natural gas supply to replace all the natural gas we’re using now. So the company would then mix that lower-carbon gas with hydrogen gas, which has no carbon emissions when it’s burned.

Heiting says her company could even make its own hydrogen gas. NW Natural is talking with an electric utility in Oregon about building a production plant that would use renewable electricity to make hydrogen gas by splitting the hydrogen from the oxygen in water.

“Think about the natural gas distribution and storage system as a massive battery for wind and solar energy,” Heiting says. “Those are the kinds of tools we’re going to need if we’re truly going to achieve deep decarbonization economy-wide.”

There are numerous sources of hydrogen gas, however, and some methods of manufacturing it use natural gas and generate carbon emissions that are sequestered to create what’s known as “blue” hydrogen.

Heiting says her company would likely use a combination of hydrogen from various sources, including low-carbon “blue” hydrogen and carbon-free “green” hydrogen which is made using renewable electricity from wind, solar and hydropower. And she’s hoping the Biden administration will put in new incentives to help cover the costs.

“This is not going to happen without policy support,” she says. “We need production tax credits for renewable natural gas and hydrogen just like we put in place for wind and solar.”

Other gas companies are developing similar plans for decarbonizing with renewable gas, and other countries are too.

“The rest of the world is kind of already on this,” says Evan Ramsey, a renewable energy systems specialist with the nonprofit Bonneville Environmental Foundation. “In the U.S., we’re a little bit behind.”

Ramsey has helped utilities and major companies like Intel and Walmart switch to cleaner energy, and he says making hydrogen would be a great way to use large amounts of excess wind, solar and hydropower that can be difficult to store as electricity.

“You don’t even have enough of this gas to make more than a dent in overall gas demand.” — Sasan Saadat, research and policy analyst with the environmental group Earthjustice

That’s one of the goals of Europe’s plan to invest billions in renewable hydrogen production as part of its path to net-zero carbon emissions.

Ramsey says hydrogen could be a viable option for decarbonizing shipping and aviation fuel as well as energy-intensive industries such as steel production. Meanwhile, countries around the world have already launched pilot projects to test hydrogen blends in the gas pipes serving homes and businesses — just as NW Natural aims to do.

“Hydrogen is pretty well suited to solve a lot of problems at once and really be this unifier between renewable energy and our society’s energy needs,” Ramsey says. “This is a big opportunity for oil and gas companies, but also for electric utilities and renewable developers.”

His group analyzed gas industry data and found only enough waste methane potential to cover 13% of current natural gas use in the U.S.

“You don’t even have enough of this gas to make more than a dent in overall gas demand,” he says. “So, it’s sort of a dead end solution.”

Saadat argues a lot of the waste methane used to make renewable natural gas isn’t “renewable” in the same way as wind and solar power.

“A lot of it comes from poor management of resources and poor management of waste,” he says. “You know, the sun has to shine and the wind has to blow, but we don’t have to raise animals on factory farms that create these lagoons of manure that generate this amount of methane.”

In his view, that means the amount of renewable natural gas that’s genuinely sustainable is even smaller than the industry estimates. And there’s a limit to how much hydrogen you can use in metal pipes without causing damage, Saadat says. Research suggests pipes and appliances would need to be replaced to handle a gas blend of more than about 20% hydrogen.

Saadat says the bottom line is we’ll have to use way less gas to completely wipe out carbon emissions. His group is pushing cities to outright ban natural gas hookups in new buildings, and flagging the health risks of burning gas indoors to strengthen the case for switching to electricity.

Gas companies agree that gas use will have to decline as the world shifts to completely zero out carbon emissions. NW Natural’s plan includes more energy efficiency, and it also offers customers carbon offsets for a small fee. By switching to renewable gas, the company hopes to have a place in a net-zero future — even if it is a smaller one.