‘My friends were lied to’: Will coal miners stand by Trump as jobs disappear? | StateImpact Pennsylvania Skip Navigation

‘My friends were lied to’: Will coal miners stand by Trump as jobs disappear?

The coal comeback promised by Trump in the 2016 election campaign has failed to materialize. 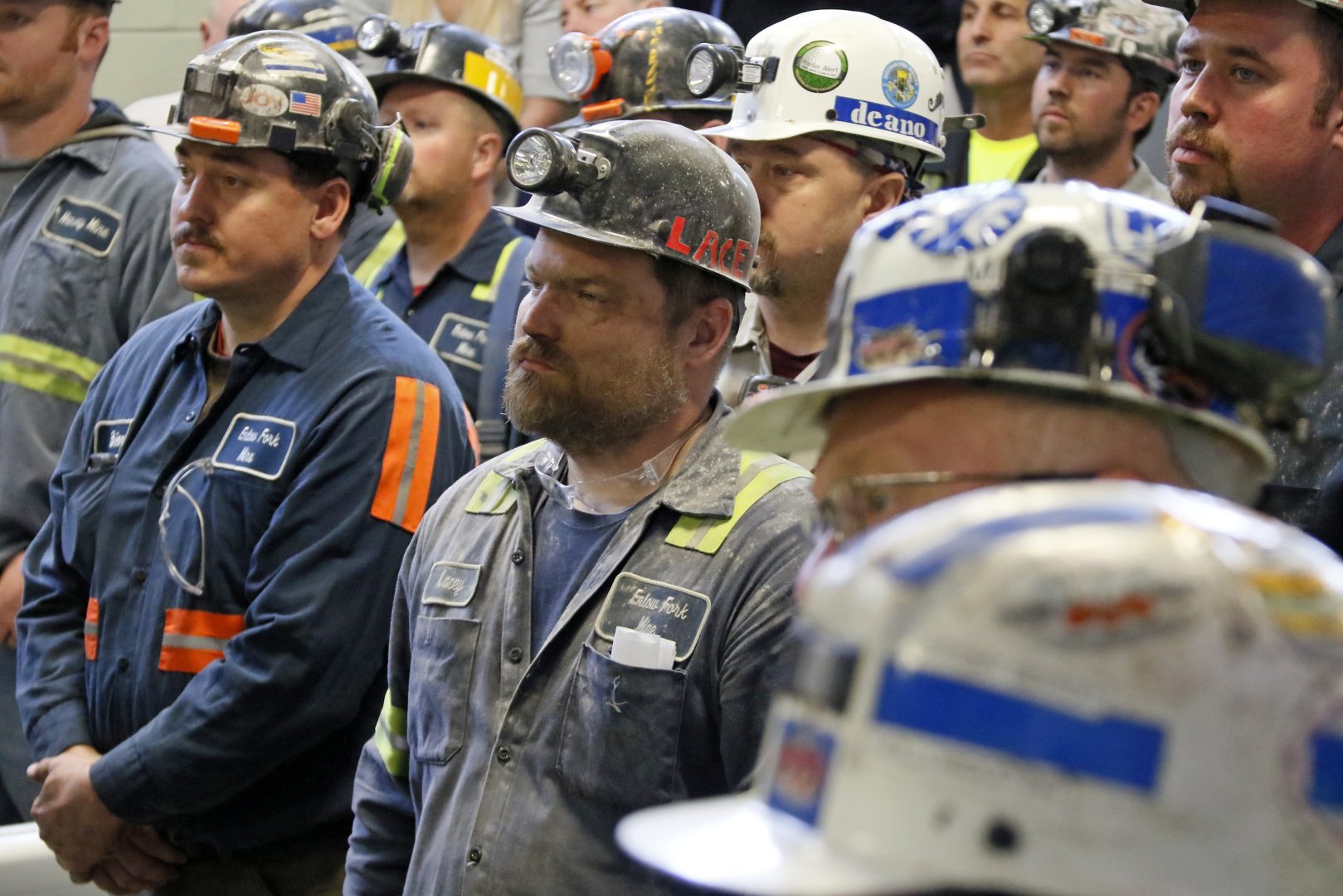 September 28, 2020 | 7:00 AM
WITF’s Elections page collects information from the latest decisions on the election process, to where & how to vote, to candidate interviews. Find that, and more, by going here.

This story originally appeared in The Guardian, and is republished here as part of Covering Climate Now, a global journalism collaboration strengthening coverage of the climate story.

Art Sullivan is considered something of a political heretic by other coal miners in south-western Pennsylvania, where a wave of support for Donald Trump based upon his flamboyant promises of a resurgence in coal helped propel the Republican to the US presidency.

“Many of my coalminer friends voted for him,” said Sullivan, who has spent 54 years as a coalminer and, more latterly, consultant to a struggling industry. “They were deceived. Trump had no plan, no concept of how to resurrect the coal industry. My friends were lied to.”

Sullivan’s friends may disagree with this assessment but the coal comeback promised by Trump in the 2016 election campaign has failed to materialize, with his first term studded with bankruptcies and closures of mines and coal-fired power plants.

There are now about 5,000 fewer miners than when Trump strode into the White House. The coronavirus pandemic has turbo-charged the decline – so far this year US coal production has collapsed by more than 25% compared with the same period in 2019.

It has been a bruising few years rather than the glorious new dawn promised when Trump donned a miner’s helmet, mimed digging coal and excoriated Barack Obama’s “war on coal” on the campaign trail four years ago. One of Trump’s first executive orders removed a ban on coalmining on federal land and dumped Obama’s plan to reduce greenhouse gas emissions. “Come on, fellas,” said Trump at the order’s signing, where he was surrounded by beaming miners. “Basically, you know what this is? You know what it says, right? You’re going back to work.”

Such assurances were eagerly accepted by coalmining communities in West Virginia, Pennsylvania and Kentucky who backed Trump and prepared for salvation. “When he came into office, it was like someone pulled their finger out of the dyke,” said Thomas McLoughlin, a former mine inspector who trains new miners. “I was flooded with new mining students. It was overwhelming.” McLoughlin said he would vote for the president again because Trump was the only candidate prepared to stand up for coal workers. “My business won’t go under if he’s re-elected,” he added.

The Trump administration has set about weakening or scrapping a slew of environmental rules that bound the industry, such as requirements that new coal-fired power plants capture their carbon emissions and that coal firms do not release wastewater laced with dangerous pollutants, such as lead, selenium and arsenic, into rivers and streams.

Bob Murray, a major Trump donor and founder of the largest private coal company in the US, has boasted of an “action plan” he gave the administration to undo what he called “eight years of pure hell” under Obama. Much of Murray’s three-and-a-half-page wishlist has been ticked off, including the US withdrawal from the Paris climate agreement. A particular prize was a weakening of Obama-era standards to reduce mercury pollution from coal plants, a rollback undertaken after Andrew Wheeler, a former lobbyist for Murray Energy, became administrator of the Environmental Protection Agency.

“We are still feeling the effects of the damage from the Obama administration,” said Jason Bostic, vice-president of the West Virginia Coal Association. “The social devastation in mining communities has been breathtaking. The support for Donald Trump is as strong if not stronger than in 2016. West Virginia is a Democratic state that has been dyed deep red because of the last administration.”

But while Appalachia will largely stick with Trump in 2020, more coal capacity has been retired under Trump than during Obama’s second term. “Coal’s not back,” as Cecil Roberts, president of the United Mine Workers of America, glumly conceded last year. “Nobody saved the coal industry.”

Coal production fell so sharply last year that renewable energy such as solar and wind overtook it in electricity generation for the first time since at least 1885, the year Mark Twain published The Adventures of Huckleberry Finn, America’s first skyscraper was erected in Chicago and people were burning more wood than coal. Last year also saw Murray Energy file for bankruptcy, one of half a dozen coal companies to do so that year.

Cheap, abundant gas, retrieved via fracking, and the advance of renewables have been greater causes of coal’s demise than any green regulation, experts say, rendering Trump’s rollbacks simply environmentally destructive.

“The fall of coal is first and foremost a market story,” said Daniel Kaffine, a University of Colorado economist who has researched the issue. “The days of coal supplying the majority of US electricity production are not coming back.” While metallurgical coal – needed for the making of steel – will hang on, the practice of burning thermal coal for energy is in “a death spiral,” Kaffine said.

There are about 45,000 coal miners left in the US, half the number employed during Obama’s first term. Plenty of political rhetoric surrounds a workforce that is actually quite small – there are double the number of flight attendants in the US than coal miners, for example, and roughly the same number of chiropractors.

Whole communities sprang up around mining, however, meaning several dependent jobs are lost for each miner put out of work. The long decline of well-paying mining jobs, through machinery automation and now creeping obsolescence, has left deep scars in Appalachian towns now blighted by unemployment and opioid addiction. 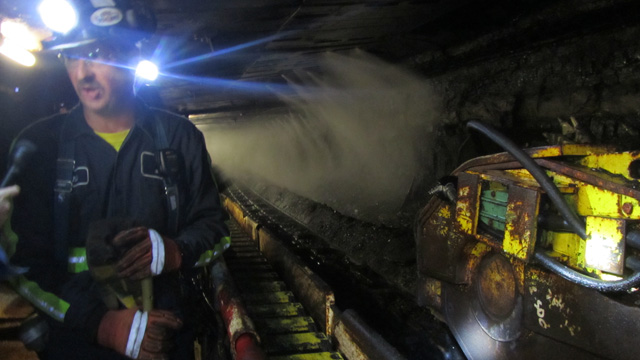 “People drank Trump’s Kool-Aid and he hasn’t done it for them,” said Blair Zimmerman, a former coalminer who is now commissioner of Greene County, Pennsylvania. “I’m very worried about the future because without mining, our tax base would go and we couldn’t survive. People are leaving the area, it’s tough. We should have looked at other options a long time ago.”

Joe Biden, the Democratic presidential nominee, has outlined a $2tn plan to generate millions of jobs in renewable energy, potentially providing a new path for threatened coal workers. But coalmining has deep roots in communities that many are unwilling to relinquish. “It’s a damned joke,” said Bostic, of the West Virginia Coal Association. “It’s an affront to a coalminer to say: ‘We will take your job away for one that pays less well, and by the way, you have to pack your family up and move.’”

According to Sullivan, coal miners feel they have little choice. “The coalminer had no friends and was desperate,” he said. “No one was speaking for us and then Trump was, so people backed him. Miners see him as their guy.”

The externalities of coal reach far beyond mining communities, however. As the most carbon-intensive of fuels, coal is a key driver of the climate crisis, indirectly spurring the sorts of huge wildfires that have ravaged the US west coast this year, as well as the continuing deterioration of the polar ice sheets that imperil coastal cities through sea level rise and storms.

Direct air pollution from the soot and chemicals given off by burned coal is also a major health burden. Not far from Sullivan and his friends, the Cheswick power plant, close to the banks of the Allegheny River, is close enough to people’s homes that nearby residents have to wipe the coal soot from their houses. Five miles downstream towards Pittsburgh, in the suburb of Verona, Laura Jacko suspects emissions from the power plant could be behind her husband’s asthma and the breathing problems suffered by her son, who was born prematurely.

“There is nothing more horrifying than holding down your small baby to shove a breathing machine into them,” Jacko said. “It affects me personally and I get pretty angry about it.”

Environmental groups have long pushed for the closure of Cheswick, which has previously been handed a civil penalty for breaching pollution limits. In Jacko’s view, the era of coal needs to come to a managed but swift end. “My uncle was a coal worker and had black lung,” a disease that develops from inhaling coal dust, she said. “I don’t want their jobs to kill them. I want them to transition. These jobs are going away, it’s just a matter of when. Pushing ahead with coal does everyone a disservice.”