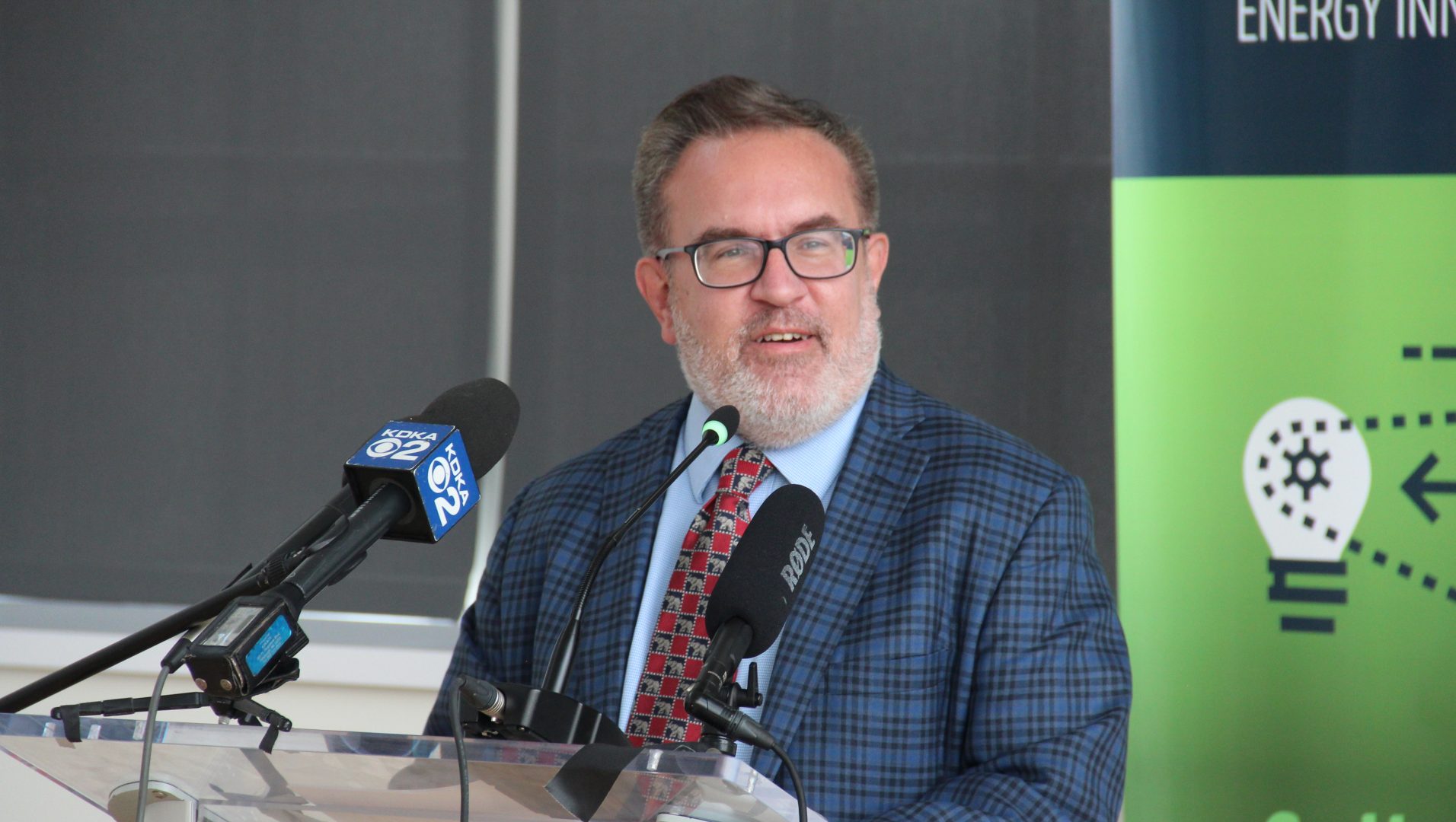 EPA Administrator Andrew Wheeler came through Pittsburgh Thursday to announce a rollback of an Obama-era regulation on climate-warming methane emissions from the oil and gas sector.

The rule requires oil and gas companies to monitor and fix leaks of methane, a potent greenhouse gas, and applies to new wells, pipelines and other infrastructure. In making the announcement, Wheeler said it was redundant with rules that make companies fix leaks of smog forming volatile organic compounds.

“In reality, these emissions are already captured by other means,” Wheeler said, to a room of masked reporters, local Republican elected officials, and Trump administration officers at the not-for-profit Energy Innovation Center.

“Industry already has more than enough incentive to capture methane without reporting requirements and other obligations,” Wheeler said. “Methane is the key constituent of natural gas and a valuable commodity. So companies are motivated to keep it in the pipeline system.”

Methane is a potent greenhouse gas — 25 times better at trapping heat in the atmosphere than carbon dioxide over the course of a century, and even stronger on shorter time scales. It’s responsible for around 17 percent of global warming to date, according to the UN Intergovernmental Panel on Climate Change.

The rollback is opposed by environmental groups, but also by large oil and gas companies, who argue it undercuts the climate benefits of natural gas use.

Shell US president Gretchen Watkins said in a statement the company has “consistently urged the Trump Administration to directly regulate methane emissions” from oil and gas operations.

“The negative impacts of leaks and fugitive emissions have been widely acknowledged for years, so it’s frustrating and disappointing to see the Administration go in a different direction,” Watkins said.

But, according to Wheeler, the rollback would save money for smaller companies, which he credited with creating a drilling boom around the country.

“The big multinational corporations are in a much better position than some of the small or medium-sized (companies)” to comply with the Obama-era methane rules, he said.

Wheeler said the rollback would save the oil and gas industry between $17 and $19 million a year.

“These are important savings, especially to small and mid-sized oil and gas operators,” Wheeler said. “It’s important, vitally important to remember that it was the small exploration companies, not the multinational corporations, that made the breakthroughs here in the Marcellus Shale.”

Environmental groups in Pennsylvania say the rollback increases the stakes for Governor Tom Wolf’s attempts to regulate methane leaks in the commonwealth.

“As the federal government is stepping back, it becomes even more important for states to step up,” said Matthew Garrington, senior manager of state campaigns for the Environmental Defense Fund.

Pennsylvania already has methane rules for wells that went into service after 2018. The Wolf administration is crafting rules that would apply to tens of thousands of existing wells in the state.

Those rules would apply mainly to deeper Marcellus shale wells. Garrington said they should also apply to shallow conventional wells, which the EDF estimates account for around half of Pennsylvania’s methane emissions.

Other states, like Ohio and Colorado, also have their own methane rules, but Garrington said there are plenty that do not.

“If we’re going to address climate change, we need a strong federal floor when it comes to requirements to reduce emissions across the oil and gas supply chain,” Garrington said.

Several environmental groups announced they will sue the Trump administration to prevent the rule from taking effect.