DEP: No fish-kills or known impacts to drinking water 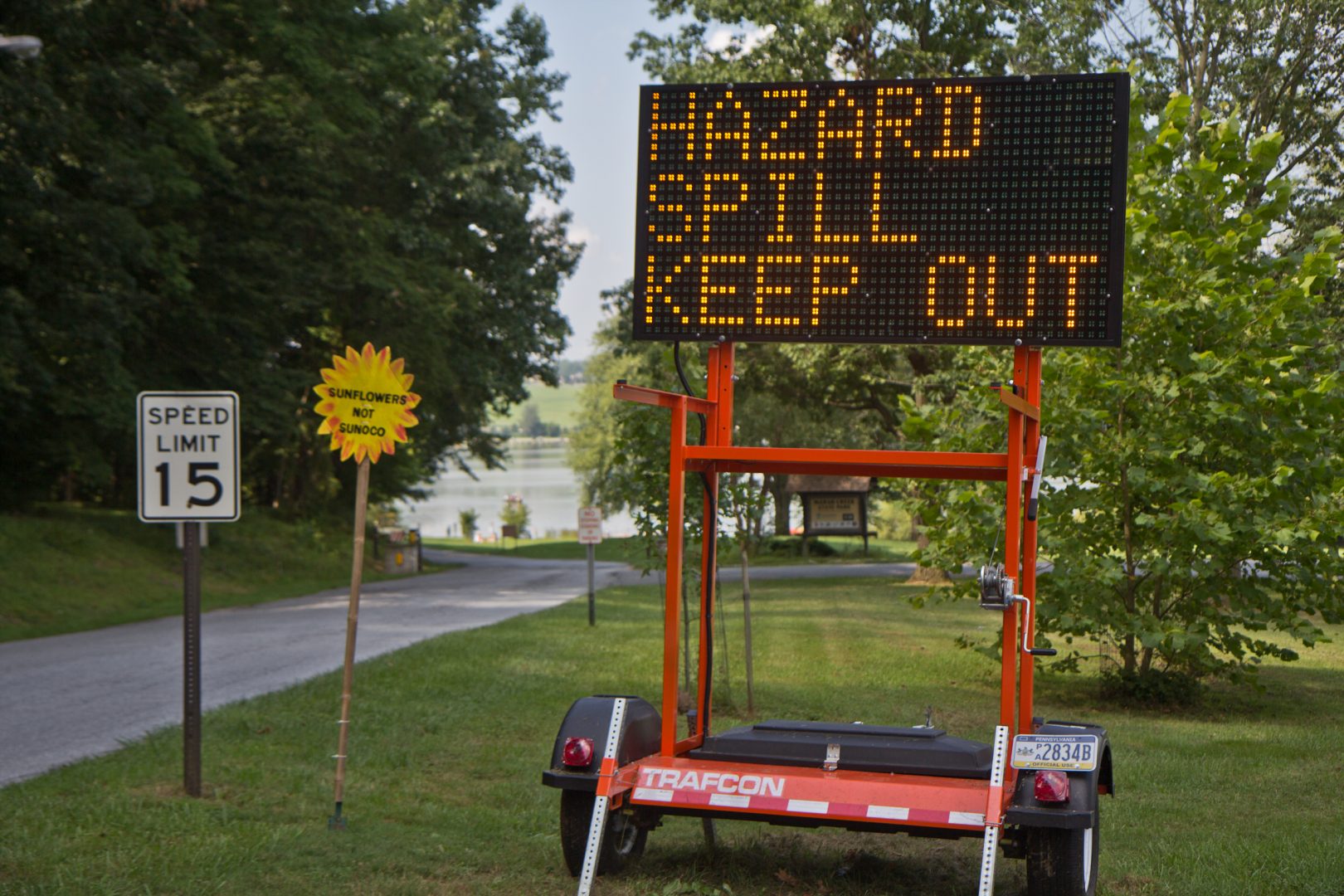 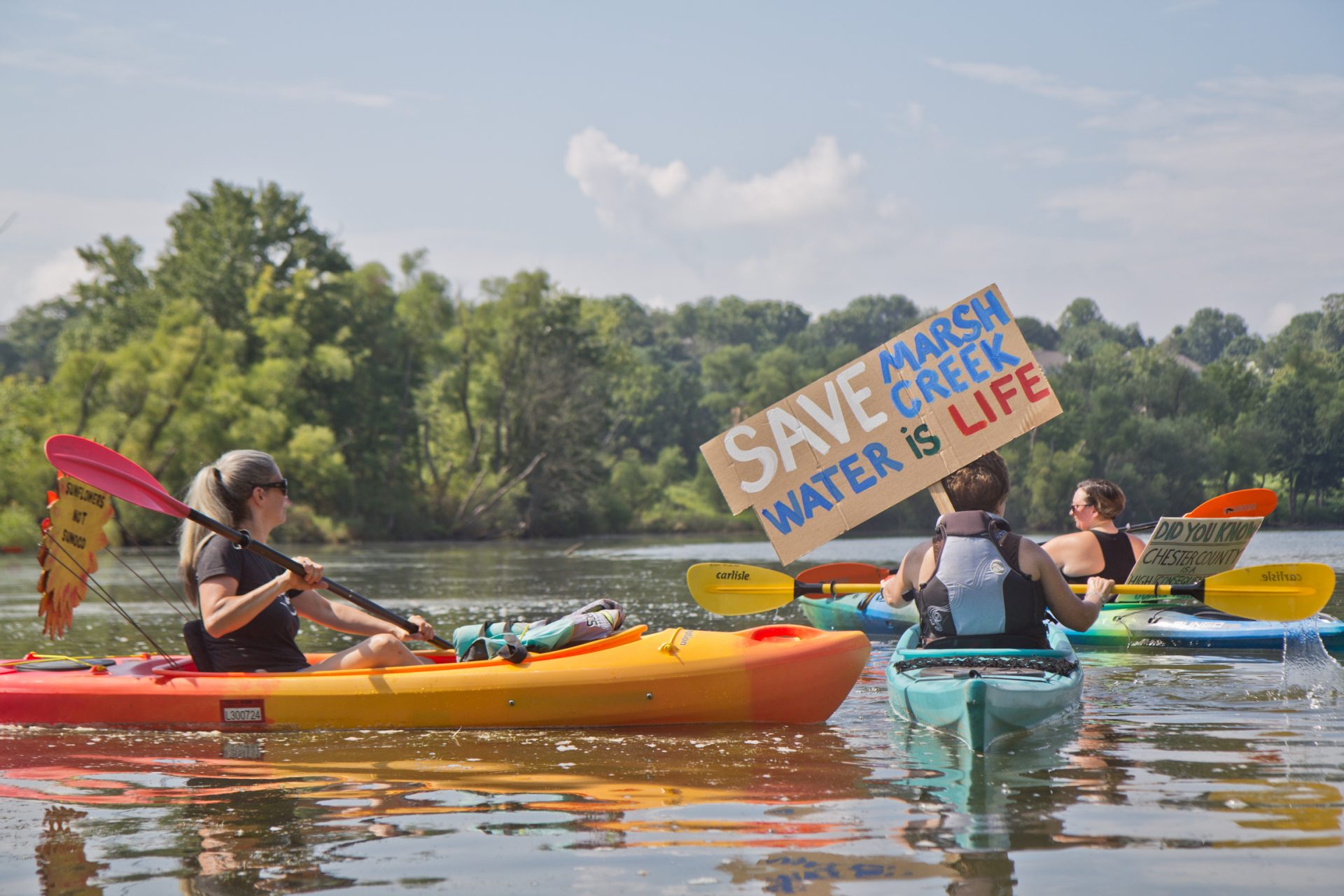 Protesters of Sunoco’s Mariner East Pipline kayaked to a cleanup site on Marsh Creek Lake in Chester County, Pa., where about 8,000 gallons of drilling mud migrated into the waterways.

As cleanup crews worked to remove thousands of gallons of drilling mud from a Chester County lake on Wednesday, residents gathered to protest the Mariner East pipeline project, citing a litany of environmental damage.

Construction on the line caused about 8,000 gallons of drilling mud to seep into a stream that feeds the lake, which is popular for boating, fishing and birding.

Following a rally on the banks of the 530-acre Marsh Creek Lake, several dozen protesters paddled out to the site of a plume of muddy water caused by nearby horizontal directional drilling (HDD). HDD uses bentonite clay, often referred to as drilling mud, to lubricate a large drill bit that bores beneath the surface, making way for the 20-inch pipe. The project, which is mostly complete, includes three separate pipes that carry natural gas liquids from the shale fields of western Pennsylvania to an export terminal in Delaware County.

Construction of the line has hit several snags in Chester County, where the karst, or limestone geology, creates difficulties for large-scale industrial projects that use underground drilling.

As the boaters paddled closer to the site, they watched as clear water became cloudier.

“It’s unbelievable that this actually happened,” said Chris DiGiulio, who lives nearby and regularly paddles on the lake. “We kind of knew it was going to happen though, it’s predictable actually, they’re not following good scientific practices, good engineering practices when it comes to mitigating the risks.” 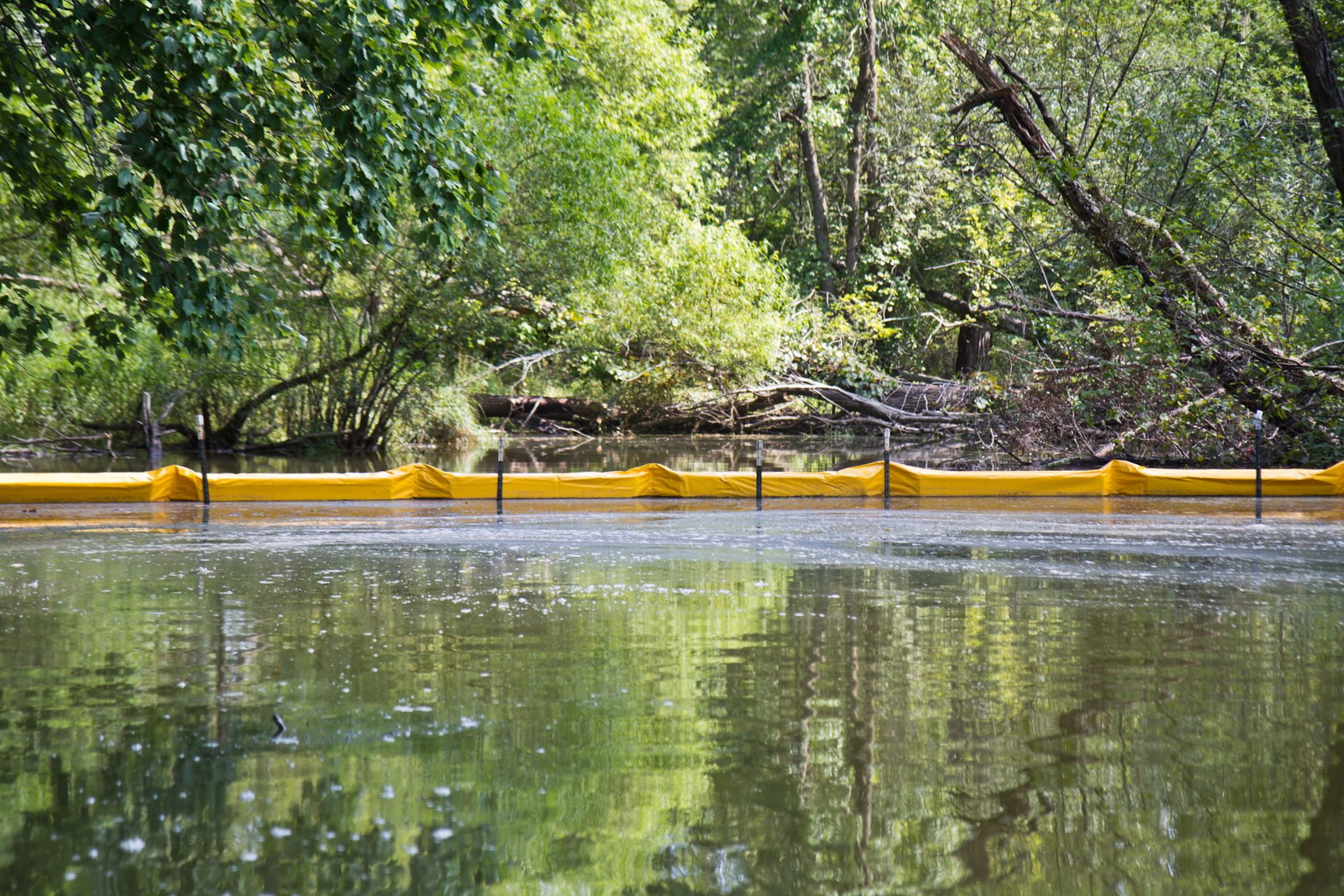 The cleanup site on Marsh Creek where about 8,000 gallons of drilling mud was spilled.

In the distance, a yellow boom was set up to prevent more mud from flowing from the creek to the lake. A helicopter and drone flew overhead.

Water from Marsh Creek Lake runs into the Brandywine River, which provides drinking water to residents of Chester County. The Brandywine flows into the Christiana River, and then into the Delaware Bay. The Department of Environmental Protection says there have been no known impacts to drinking water supplies downstream.

Still, DiGiulio, whose water comes from a private well on her property, worries about the impact these types of pollution incidents could have on the underground aquifer where she draws her water.

“I think it would be intelligent if the company that’s a billion dollar company would come out and say, ‘I really don’t want to kill their drinking water resources so I’m going to do proper geophysical testing before drilling because this is a very hydro-geologically unique area,'” she said. 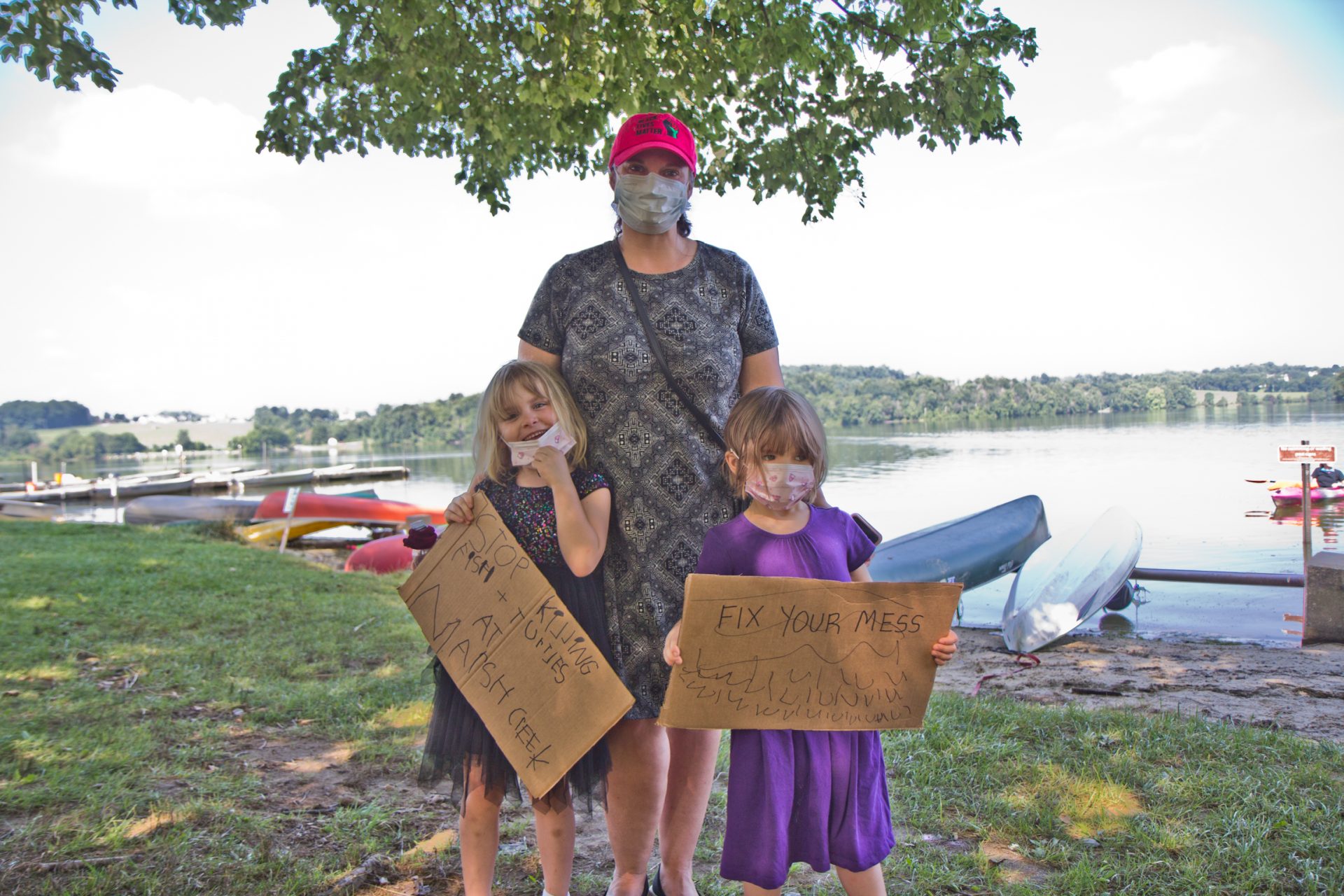 Aubrey Pool and her daughters Cassidy, 5, and Melody, 4, sometimes swim at Marsh Creek Lake, where underground drilling caused a spill of about 8,000 gallons of bentonite clay.

The Department of Environmental Protection issued permits to Sunoco, now owned by Energy Transfer, despite documented deficiencies and warnings by DEP staffers that Chester County’s geology could create problems. Construction began in February 2017, and since then the $3 billion cross-state natural gas liquids pipeline project has faced 108 environmental violations, multiple fines, repeated delays, shutdowns and consent decrees ordered by regulators or the courts.

Citizen groups worry about the safety of the pipeline during and after construction, as the natural gas liquids are highly volatile should leaks occur. While both the company and DEP say the drilling mud is non-toxic, many residents worry about chemical additives.

Even without the additives, drilling mud in large amounts can smother aquatic life like macro invertebrates, which are an important part of the food chain.

The protesters called on Governor Tom Wolf to shut down all pipeline construction. It’s a call that Wolf has rejected on a number of occasions. The drilling site itself is shut down, along with a nearby site in West Whiteland Township that the DEP is also investigating.

Energy Transfer will have to re-apply to drill at the Marsh Creek site, but a spokesperson says the incident will not impact scheduled completion of the line. The final phase of the project should be complete by the second quarter of 2021, several years behind schedule.

“We recognize the importance of this waterbody and are committed to allocating all necessary resources to fully remediate and restore the area, which includes removing the non-toxic bentonite clay and water mix—sometimes referred to as ‘drilling mud,’” said Energy Transfer spokesperson Lisa Coleman in an email. “The critical resources have been mobilized and the cleanup process is currently underway.”

Coleman said the spills, which the industry refers to as “inadvertent returns,” are expected and included as part of the permit process.

The Department of Conservation and Natural Resources says visitors are still permitted in the park, aside from a 30-acre section of the lake where cleanup continues.