Some faculty’s environmental science research on hold, while others find work around, in face of COVID-19 | StateImpact Pennsylvania Skip Navigation

The National Science Foundation postponed most work on Antarctica 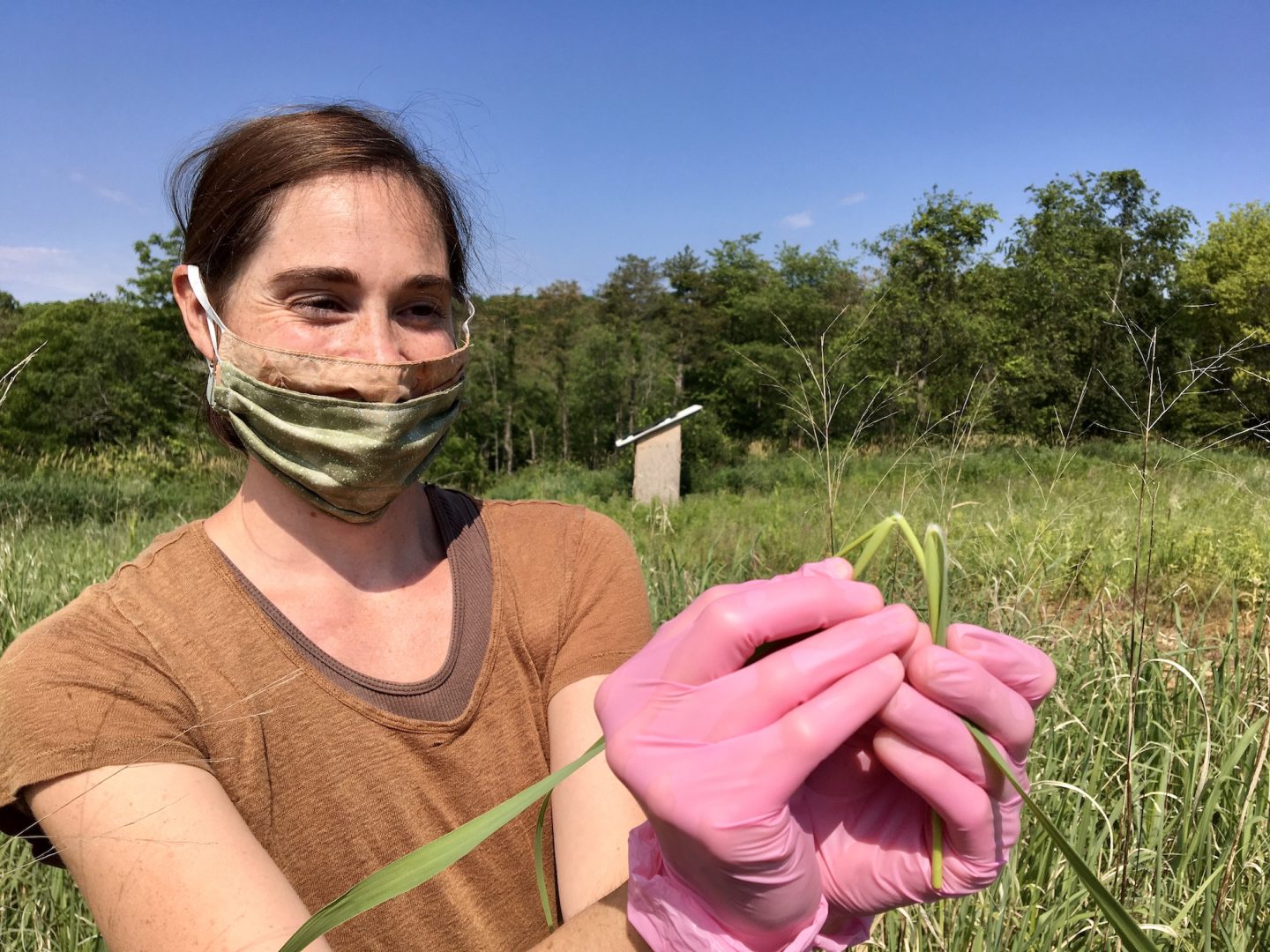 When COVID-19 hit Pennsylvania in March, universities moved to shut down in-person classes and suspend some lab work work and field research. For environmental scientists, that’s meant changes and delays in how work gets done.

Steph Herbstritt, who’s working on a doctorate in agricultural and biological engineering at Penn State, recently gave a tour of a university farm in Centre County where Institutes for Energy and the Environment researchers are studying how native perennial grasses like switchgrass and bluestem compare with each other and corn. They’re looking at how good they are at catching runoff, improving water quality and generating money for farmers who grow and harvest them.

“Even when you’re mowing these grasses annually in harvest, you still have those deep route systems that are there to hold in the soil and filter runoff coming down slope through the buffer,” Herbstritt said. “They’re actually really great, and they’re beautiful.”

Herbstritt can’t bring her 5-year-old son with her in the field anymore. Samples that used to go to the lab now get dropped off on the porch of Tom Richard, director of the Institutes of Energy and the Environment at Penn State.

But she says she’s grateful she’s been able to continue collecting water samples and other crucial data. Some research, especially on-campus lab work, did have to stop.

“We had some long-running experiments that we actually had to shut down,” Richard said.

Their bioengineering lab was closed for a few months. Other work has been continuing at the bare minimum.

While teams can do some lab work, farm visits, for example, are out.

“It’s much more complicated,” Richard said. “For example, we are not having two people drive in the same car who don’t live together.”

This summer, Penn State began bringing graduate students back to campus and ramping up labs and research projects, after moving classes and research online in the spring.

The return of research to campus does not mean Sridhar Anandakrishnan, a professor in the Department of Geosciences and the Earth and Environmental Systems Institute, got to go to Greenland in July as planned.

“My students and I were going to put out seismometers to measure the break-up of this glacier as it flows out into the ocean,” he said.

They couldn’t get into their labs to get ready, and that — coupled with the risks of being in a remote area — led Anandakrishnan to cancel the trip. And, rescheduling the trip is its own challenge.

“Polar field work has a window of two or three months when you can work, in May, June and July in the north and November, December, January in the south,” he said. “If you miss that, you gotta wait 12 months until the next cycle rolls around.”

That’s what’s happening with research on Thwaites Glacier in Antarctica. Anandakrishnan’s team is studying sea level rise there as part of an international collaboration. But the National Science Foundation announced it was canceling most of that work.

Now, the data collection that is crucial for climate change modeling will have to wait another year.

“If there’s one glacier on the whole planet that can affect sea level around the globe in a measurable way in the next 50 to 100 years, it’s this one glacier that we know of,” Anandakrishnan said.

So, the sooner they can collect the data, the faster it can be used in modeling what to expect — and help make decisions.

For on-campus labs, the pandemic doesn’t mean putting off research for a year. But, many did have to shut down for several months.

Shashank Priya, professor of materials science and engineering, is doing research focused on converting wasted heat into electricity. Think of the heat coming out of a refrigerator or a car.

His lab is focused on designing thermal devices that can capture that wasted heat. The idea is that the technology could be used in football-sized power generators by soldiers in a battlefield who need electricity or in a quiet generator for someone living off the grid.

“Then we’ll be able to generate electricity from a wasted resource,” he said.

Priya is also the university’s associate vice president for research. He points to some positives that have come out of working remotely even though hands-on experimental research had to be put on hold — specifically, the use of Penn State’s supercomputers.

“I think most of the community utilized this time to do some data mining and used computational software to do design and modeling work,” he said.

And, he said, the pandemic is speeding up innovation. Research facilities are investing in instrumentation that can be controlled remotely. So, if needed, lab work would be able to continue in the fall even if the coronavirus brings a repeat of what happened in the spring.

Faculty do say a hard-to-quantify loss from working remotely is the lack of spontaneous conversations and ideas. As Anandakrishnan put it — there’s no chatting with colleagues, or grad students popping their head in your door.

Instead, he said, first you ask yourself: Is it worth it before you call someone on the phone or fire up Zoom.

How Tropical Storm Isaias is connected to climate change