Grand jury: contractor 'looked the other way' on one of the spills 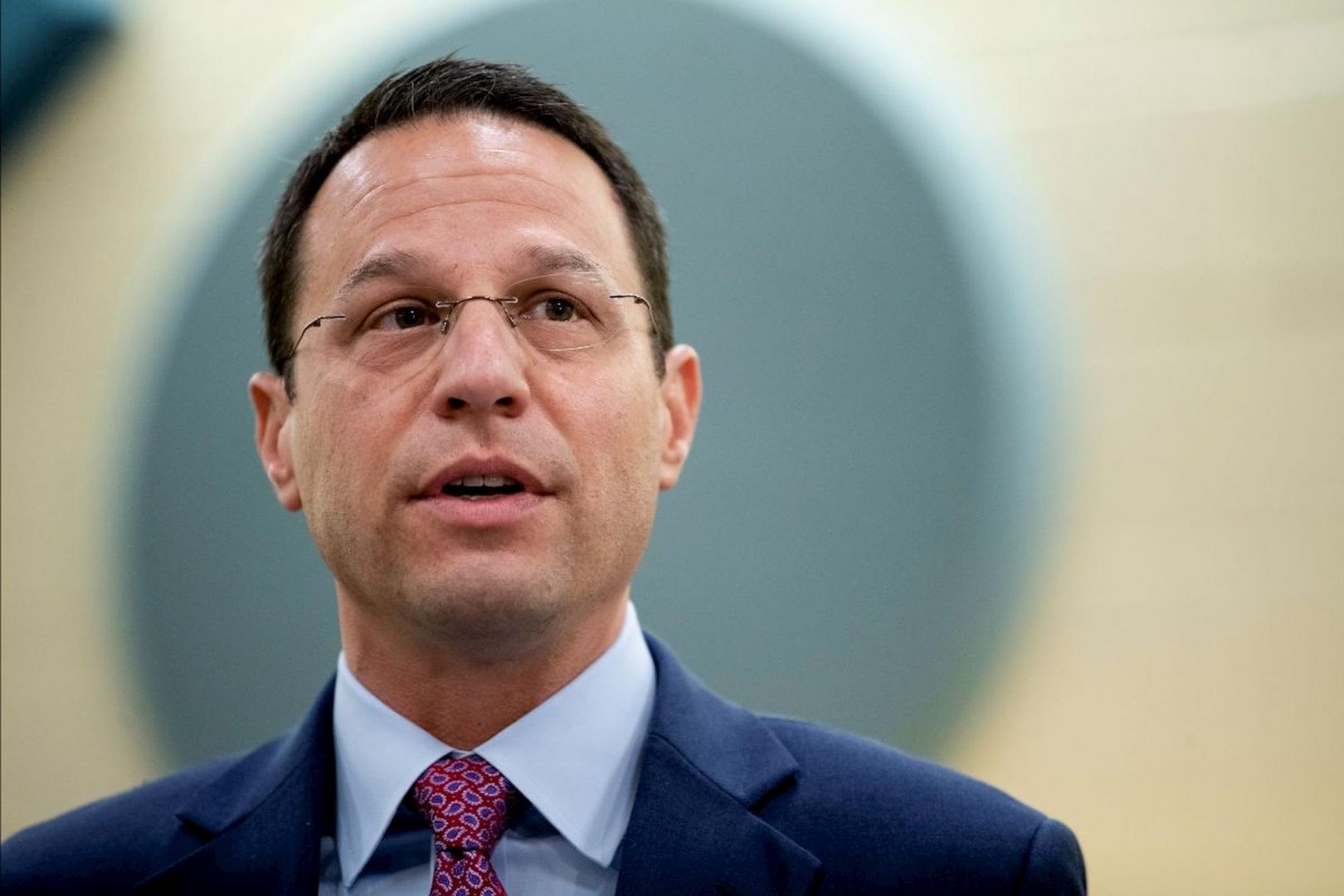 Pennsylvania Attorney General Josh Shapiro charged two pipeline companies with polluting groundwater and streams in a series of spills in 2015 along a pipeline project in Washington County.

Shapiro said grand jury evidence obtained in the case showed that the pipeline builders chose to ignore a spill along the pipeline, failing to report it on a daily log.

The charges stem from a construction project for a 24-inch natural gas pipeline in Robinson Township, about 30 miles west of Pittsburgh.

“I made a commitment to Pennsylvanians that I would protect their constitutional right to clean air and pure water,” Shapiro said, in a statement. “These companies turned a blind eye to that right and will be held accountable.”

According to court documents, the crews building the pipeline lost control of fluids used to bore underground tunnels for the pipeline, and the fluid surfaced in a nearby stream. The fluid commonly contains water, a form of clay called bentonite, as well as other chemicals and additives to assist in lubricating the drill and returning the drill cuttings to the surface.

A nearby stream that was normally clear became milky. One of the neighbors reporting problems with his water was former township supervisor Brian Coppola. Coppola, who is suing the companies in Washington County court, still can’t use his drinking water, according to the court documents. 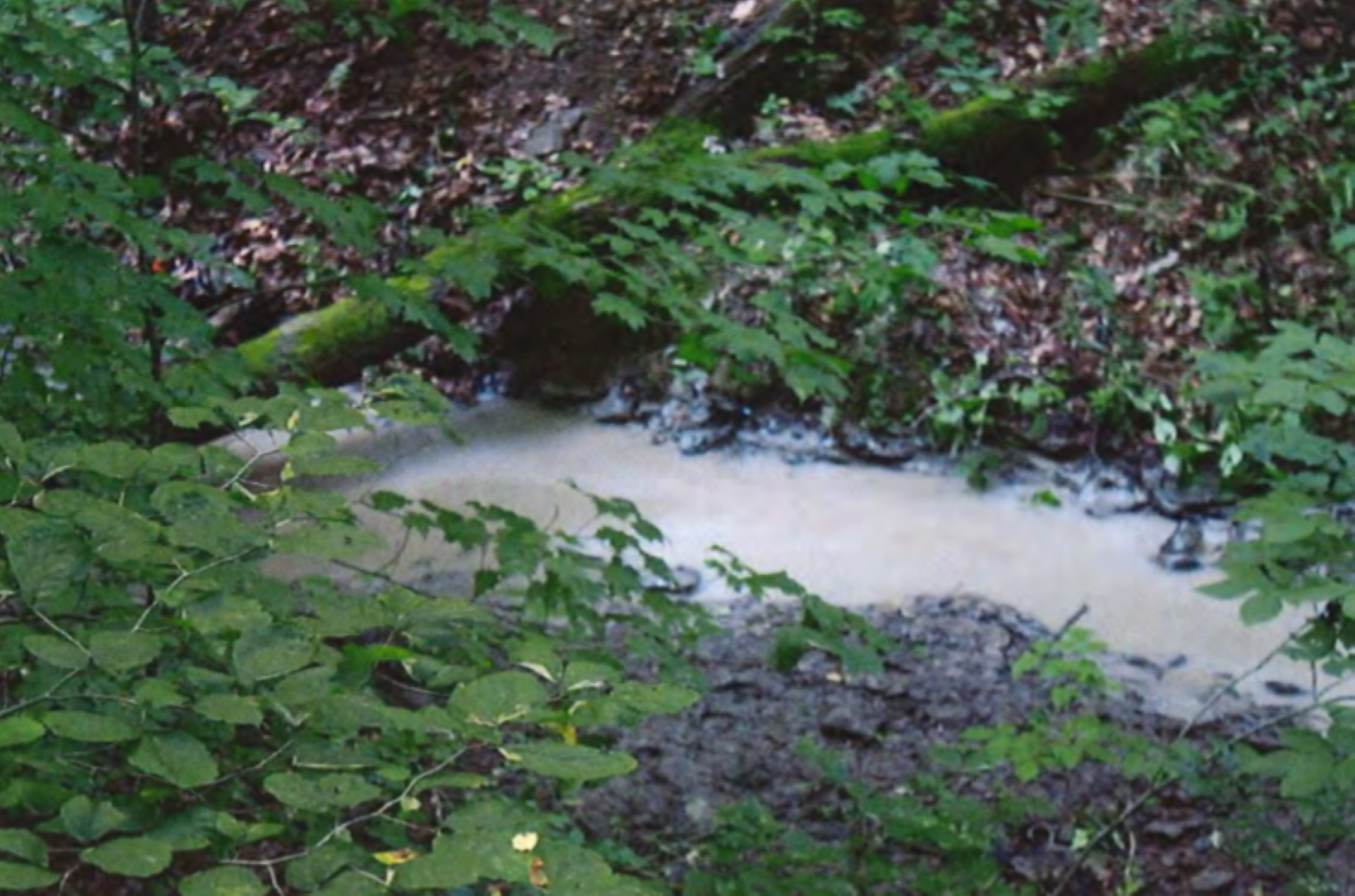 A grand jury presentment charging two pipeline companies with environmental crimes related to a drilling fluid spill included this photo of a Washington County stream affected by the spill.

The documents say that even though the Pennsylvania Department of Environmental Protection tested Coppola’s drinking water, Coppola “never received anything other than the lab results” from the DEP.

A subsequent test performed by a private lab found elevated levels of solids and chemicals in Coppola’s water.

Other neighbors reported problems. One found “cloudy, white-colored water” when he began filling his pool with a garden hose.

Another, Brenda Vance, told the grand jury her water supply had turned white, but when a DEP water quality specialist came to her house, he tested it for contaminants associated with fracking and gas drilling, not pipeline drilling. The DEP later told her that even though “common pollutants associated with oil and gas fluids” were found in her water, it  was “not adversely affected by the drilling, alteration, or operation of an oil and gas well.”

A DEP water quality specialist testified to the grand jury that the Clean Water Program, which has purview over pipeline spills “strictly focuses on stream pollution and doesn’t incorporate any drinking water supply” in its analysis.

Neil Shader, a DEP spokesman, said in an email the agency had no comment on the charges. But Shader said the agency has conducted water supply complaints on pipeline spills “for decades”, including investigations into water supply impacts from spills along the construction of the Mariner East pipeline.

Shapiro said the companies deliberately hid one of the spills.

The spill occurred on July 22, 2015. A foreman testified to a grand jury that after the small “inadvertent return”, or underground spill of drilling mud, he was directed to “look the other way” and not report the spill on a daily drill report.

“He acknowledged … that he was directed to not include information about the inadvertent return on the report,” the grand jury report said. “He explained, “I was in the contractor mentality and that is–that is just the nature of the beast. You are in the contractor mentality. You want to try to get the job done and not have any issues; but then whatever issues occur, you try to make them look minimal.”

By the next day, the small spill had become a larger one, turning a nearby creek “a greyish color.”

Karen Merkel, a spokeswoman for National Fuel, said in an emailed statement the company “upholds high environmental standards” at its pipeline construction sites.

“We categorically deny any assertion that the Company acted with indifference towards the communities where we live and operate,” Merkel said.

Merkel said the company has cooperated with state and federal agencies investigating the spills, “to take appropriate remediation and recovery measures.”

But after hearing testimony, a state investigative grand jury recommended criminal charges in the case.

The charges come after a two-year investigation by the office into oil and gas companies. Range Resources pleaded no contest and paid $150,000 in fines for charges stemming from leaks and spills at two Washington County sites.

Shapiro charged Cabot Oil and Gas with 15 criminal counts for pollution and stray gas migration at the company’s operations in Dimock, Pa.

In June, the grand jury released a report in which it concluded that the DEP and state Department of Health ‘failed to protect’ Pennsylvanians from environmental damage caused by the oil and gas industry.