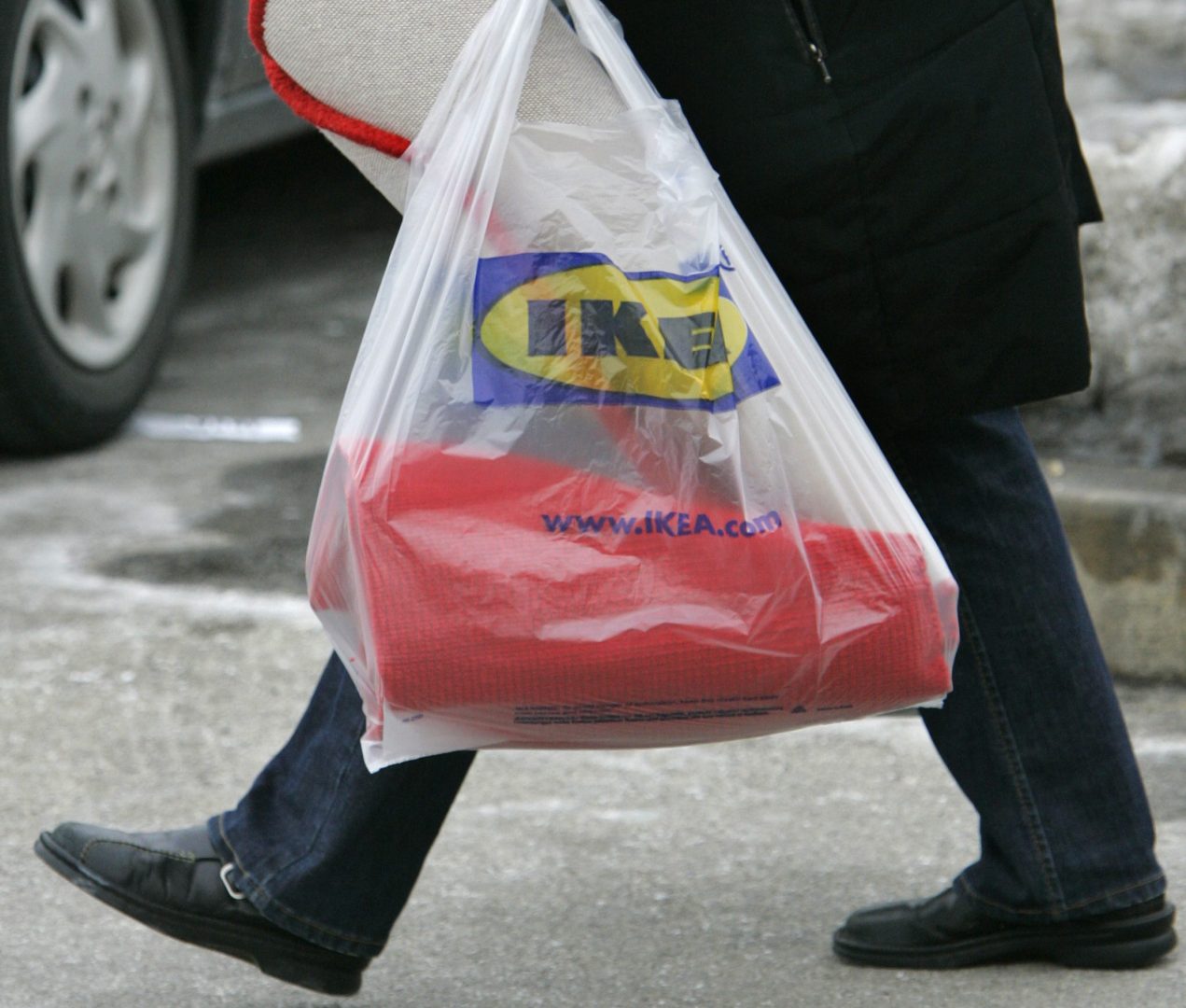 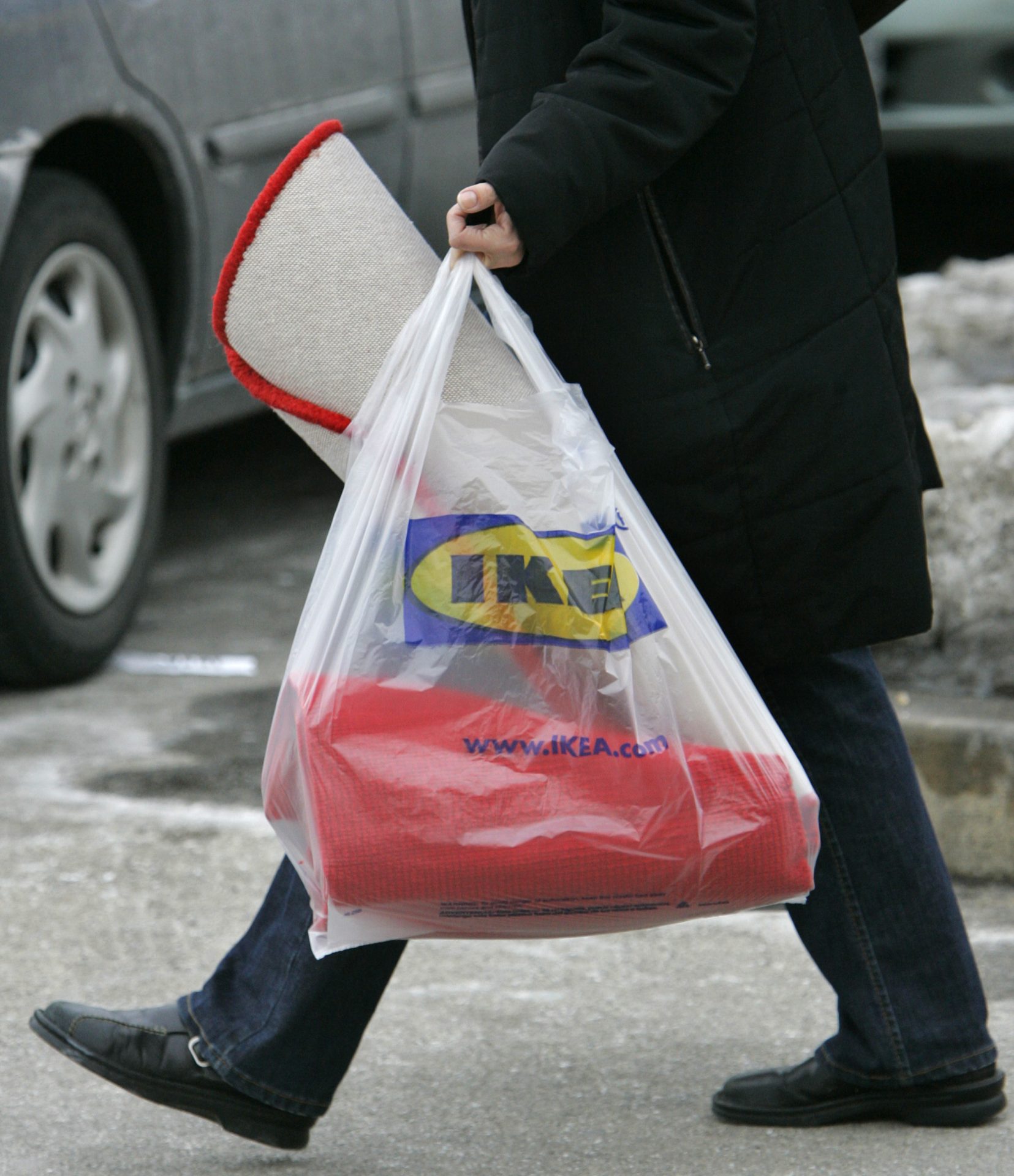 City Council pushed ahead with a ban on all single-use plastic bags Thursday with a unanimous vote on a newly amended bill.

Supporters believe the bag ban will pass through City Council next week and move to Mayor Jim Kenney’s desk. He is expected to sign the bill into law before the end of the year.

The ban would go into effect on July 2, 2020, at which point retailers in the city must switch to paper bags, which are costlier but can be recycled.

“Paper is more expensive, but the goal is to try to remove single-use plastics from the stream — for sustainability, for the environment, for cleaning up our streets — so it has a benefit in that sense,” said Councilmember Mark Squilla, the bill’s sponsor. “The cost … to the retailers is sort of worth the benefit that we receive.”

The bill, first introduced by Squilla in June, proposed a ban on the thin plastic bags given at supermarkets or restaurants, and a 15-cent fee on thicker plastic bags and paper bags. That fee, supported by environmentalists as a way to change consumer behavior, got axed by the Council Committee on Licenses and Inspections in October because of concerns about levying another fee on Philadelphia residents.

The amended bill bans the distribution of all plastic bags made through a blown-film extrusion process, the technology used to make most single-use bags. It also mandates a study on bag use by retailers to be conducted six months before the law goes into effect, six months after, and again in July of 2021.

Included under the bill’s umbrella are all single-use bags except dog-poop bags or any other bag that can be bought in a store. Bags used inside stores to package items such as fruits or meats, or dry cleaning bags are also excluded. The ban applies to supermarkets, convenience stores, service stations, dollar stores, clothing and department stores, restaurants and delivery services, food trucks, and farmers’ markets.

Although the legislation that ultimately advanced wasn’t what many environmental groups hoped for, advocates celebrated the bill’s forward momentum.

“It will change the litter in this city tremendously,” said Logan Welde staff attorney for the Clean Air Council.

Philadelphians receive about one billion plastic bags per year, Welde estimates. Plastic bags are not recyclable curbside and usually end up in landfills, on the streets or floating into local waterways, where they can take up to 500 years to break down. Plastic bags are the fifth most-littered item in the city, according to the city’s 2018 litter index.

“[If the bill gets approved,] we will not see any plastic bags for home delivery, at grocery stores, all the small corner stores, they can not give out any plastic bags,” said Welde.

“We’re glad to see this amendment because it expands the definition of which bags would be banned,” said Stephanie Wein, from the nonprofit PennEnvironment. “If we can get that passed, that would actually mean a pretty significant reduction in the plastic bags we’re seeing littering our streets and our waterways in the city.”

Yet supporters of the bill say the new version is not perfect. Without a fee on paper bags, customers will just switch to using those, instead of getting used to carrying a recyclable bag with them, they argue.

Clean Air Council’s Welde says paper bags require more energy to produce and transport than lighter-weight, smaller plastic bags. That means, he says, they are actually worse for the environment from production to check-out.

The cost of paper bags is a sticking point for people on all sides of the issue. According to Welde’s research, retailers in Philadelphia spend about $20 million a year on plastic bags. The cost for a year of paper bags for retailers will go up to $100 million. And he’s afraid they’ll pass that cost to the consumer in the price of goods.

Retail lobbyists agree that that the mandatory move to paper will increase costs.

“We think that this is really the wrong-headed approach for this. Kind of the worst-case scenario for retailers,” said Alex Baloga, president and CEO of the Pennsylvania Food Merchants Association (PFMA) which advocates for about 800 convenience stores, supermarkets, independent grocers, wholesalers and consumer product vendors in the state.

If the bill passes as amended, retailers will have to pay double for bags — paper bags cost about 8 cents, plastic bags about 4 cents — and it won’t change consumer behavior, Baloga said. The extra cost could affect small shops without other options significantly, he said.

“They’ll have to spend a lot more money to have a lot more bags that are more expensive. And they’ll have to foot the bill for that because the customer isn’t going to pay for something that they’ve been accustomed to getting for free,” Baloga said.

Baloga said the merchants he works with would prefer consumer education than a fee. But a fee would at least split the cost between the customer and retailer.

“I think a fee is better than a ban, that’s for sure,” Baloga said.

Squilla said Kenney’s administration did not support a fee of any kind, even with an exception for people using SNAP benefits, something that some members of the council have advocated for.

Kelly Cofrancisco, a spokesperson for the Mayor’s office, did not confirm Kenney’s opposition to a fee.

“We won’t comment on specific conversations with Councilmembers, but we support the bill as amended today and the Mayor looks forward to signing it, if it receives approval of City Council next week,” she said in an email.

The bill marks the Council’s fourth attempt in 12 years to ban plastic bags in Philadelphia.

“We want something to pass now. If we need to tweak it in the future, if we see it has unintended consequences, we can amend it later,” Squilla said.

Welde said the bill is still a good first step, and that including the study on bags use could help convince those on the fence that a fee is needed.

A state ban on plastic bags bans will expire a day before the bill — if passed — would go into effect.