Alison Cobb asks a question at a PA Department of Health forum on the state's Washington County cancer study. 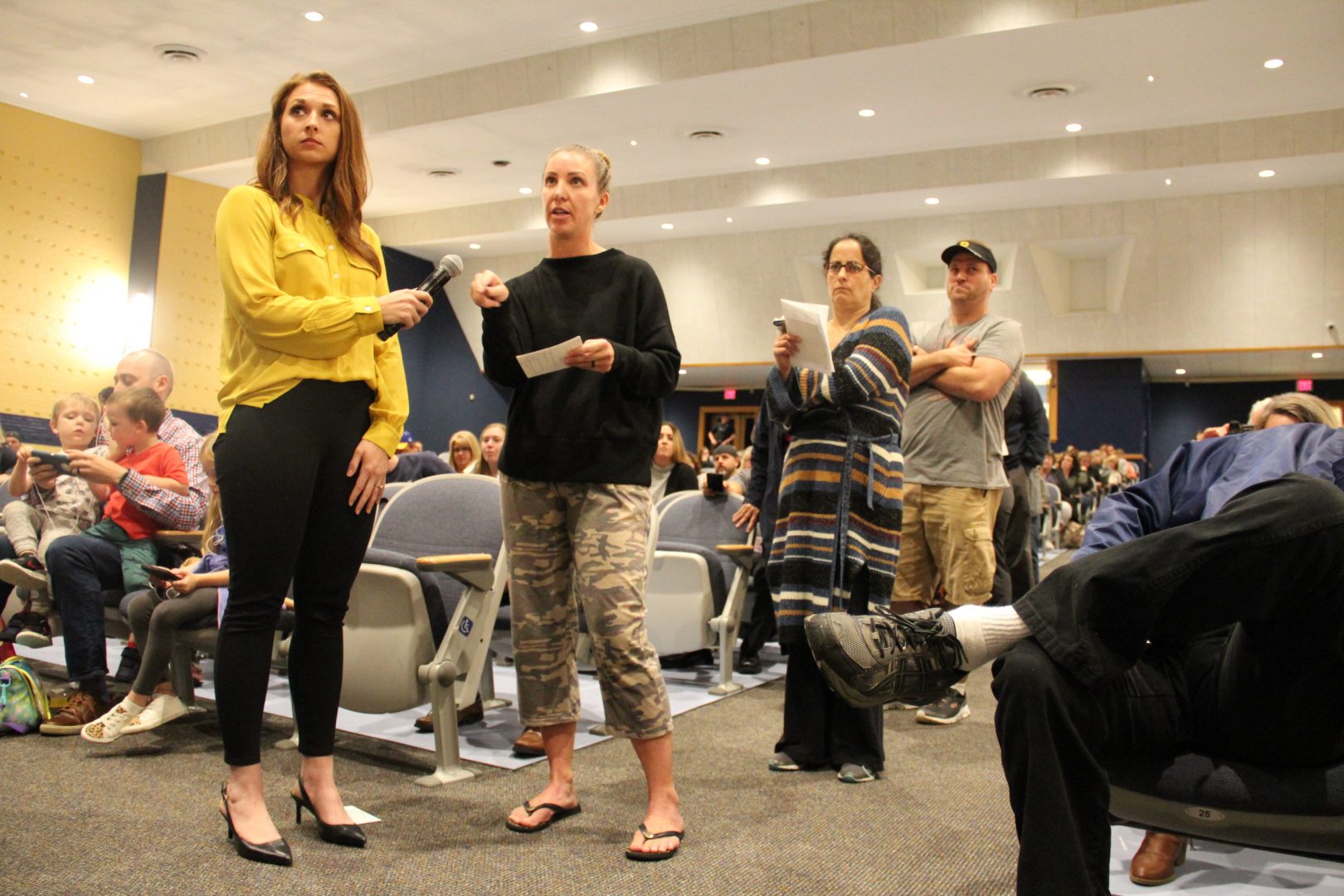 Alison Cobb asks a question at a PA Department of Health forum on the state's Washington County cancer study.

The families of several people diagnosed with a rare form of bone cancer in one Washington County School District told state health officials to update their data at a public hearing Monday night.

They were angered by the state’s report that there was no cancer cluster in the district, and urged the state to look more closely at whether pollution from the region’s natural gas industry may be playing a role in a number of recent cases.

She said the department should study whether pollutants from fracking in Washington County had anything to do with the recent cases.

“In the last couple years, fracking is what’s come around this area, not only Washington county, but Westmoreland and Greene, and Fayette,” she said.

The disease afflicts 250 people a year in the U.S. and has no known environmental causes.

Blanock’s is one of six known cases of the disease in the past decade in the Canon-McMillan School District.

But three of them weren’t tallied in the Department of Health study. In one case, a patient’s address was misidentified, and two new cases from 2018 weren’t included in the data the state used. 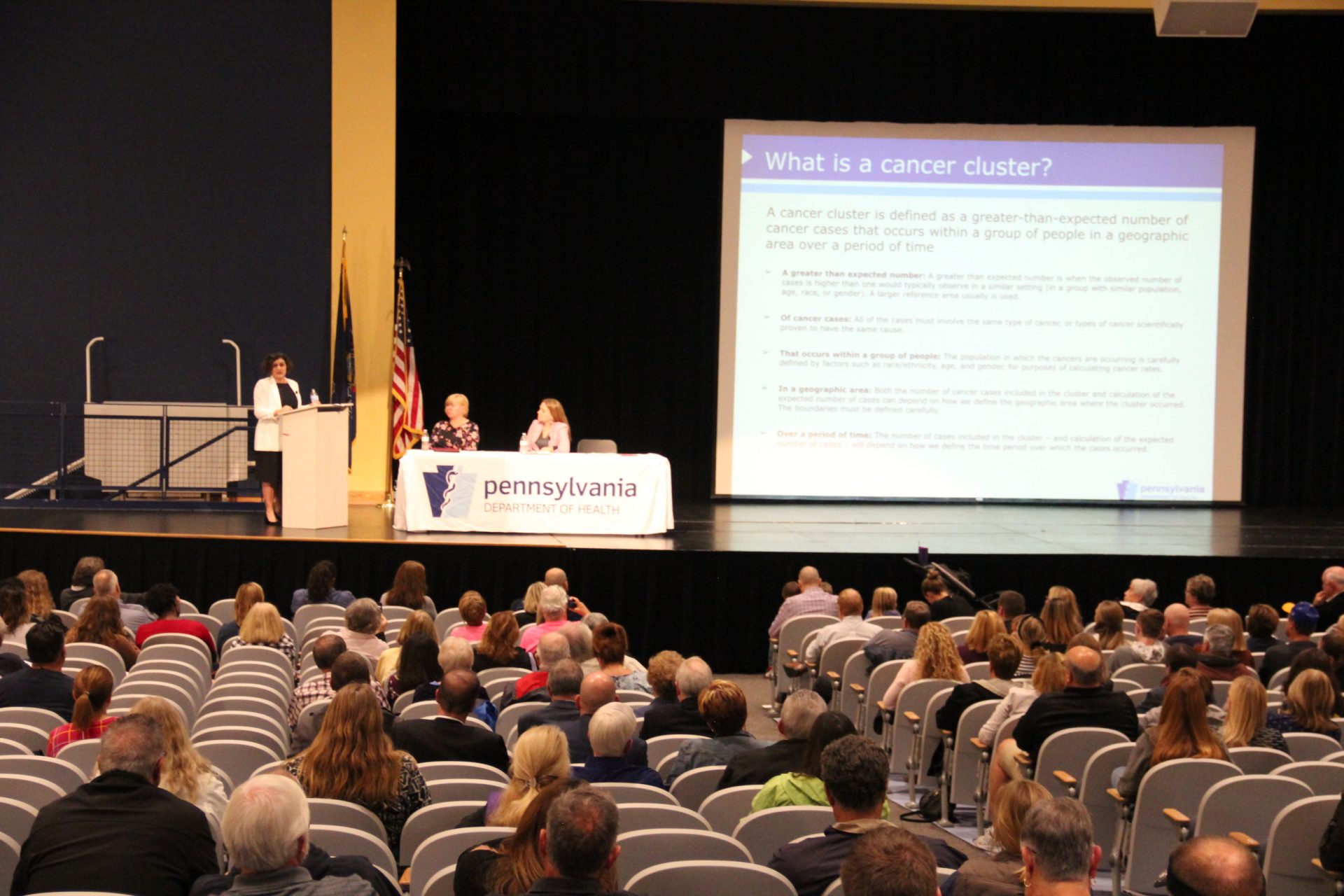 Alison Cobb told the officials they need to include the case of her husband David, who was diagnosed with Ewing sarcoma last year.

“Until this is fixed, we get a clean report on environment and you’re including all the patients…I don’t think we’re backing down,” she said. “You guys have to come to the table and do your jobs protecting our health, protecting our children’s health.”

Sharon Watkins, the state’s chief epidemiologist, said the state’s findings could change next year, when the 2018 data is added.

But right now, she said there’s no proof a cancer cluster exists.

Watkins said even if the state were to find a cancer cluster, determining a cause is exceedingly difficult.

A number of environmental groups urged the state to put a halt to fracking while the state studies the recent cases.

“I certainly don’t think there’s any evidence out there right now that we need to take a drastic step to ban an industry that has driven significant growth, economic prosperity throughout our region,” O’Neal said. “Let’s face it — at this point in Washington County, thousands of people are employed by the industry. Banning that overnight would eliminate thousands of jobs.”

O’Neal said there was “no evidence we’re aware of that directly links this to fracking,” though he agreed that “there’s certainly a coincidence” between when fracking began in Washington County and the Ewing’s cases. 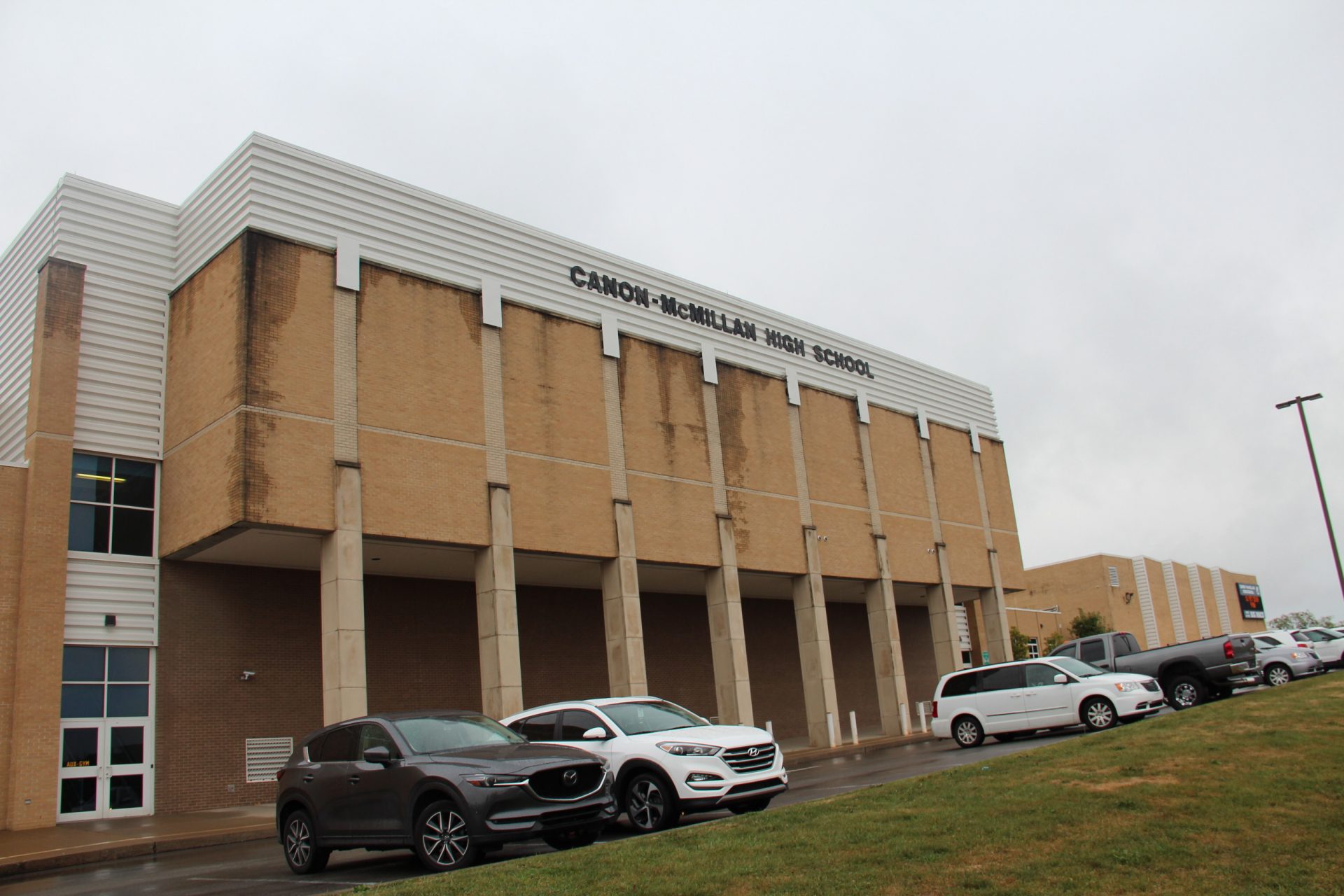 Marcellus Shale coalition president Dave Spigelmyer said in an emailed statement, “(O)ur industry empathizes with those battling cancer. We fully support and appreciate the work of independent medical experts and public health professionals who share our commitment to promoting science-based analysis of these very serious matters.”

O’Neal and Rep. Jason Ortitay (R-Washington County) helped secure a $100,000 grant for UPMC to study the genetics of Ewing’s patients, but the study does not look at environmental causes.

The health department’s report found that between 2005 and 2017, rates of Ewing sarcoma were three times higher than expected in the school district, which includes a former radium and uranium plant in Canonsburg. The old Standard Chemical Company site, where more than 200,000 tons of contaminated waste are buried, has polluted groundwater nearby and is monitored by the Department of Energy.

Canon-McMillan is also in one of the busiest natural gas areas in the state. More than 1,800 deep shale gas wells have been drilled and fracked in Washington County, the most of any county in the state. A network of pipelines, compressor stations, and processing plants has sprung up to handle that gas.