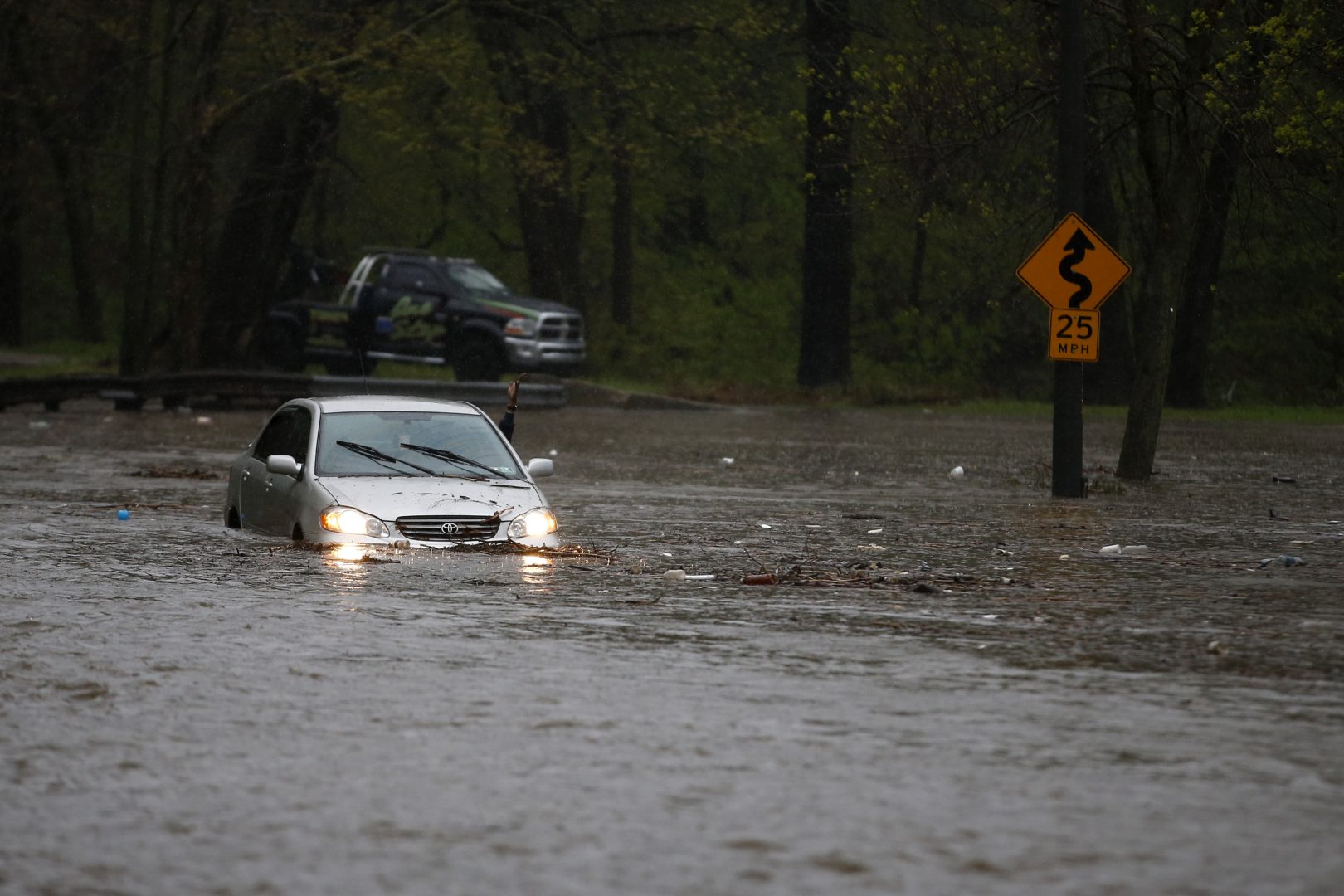 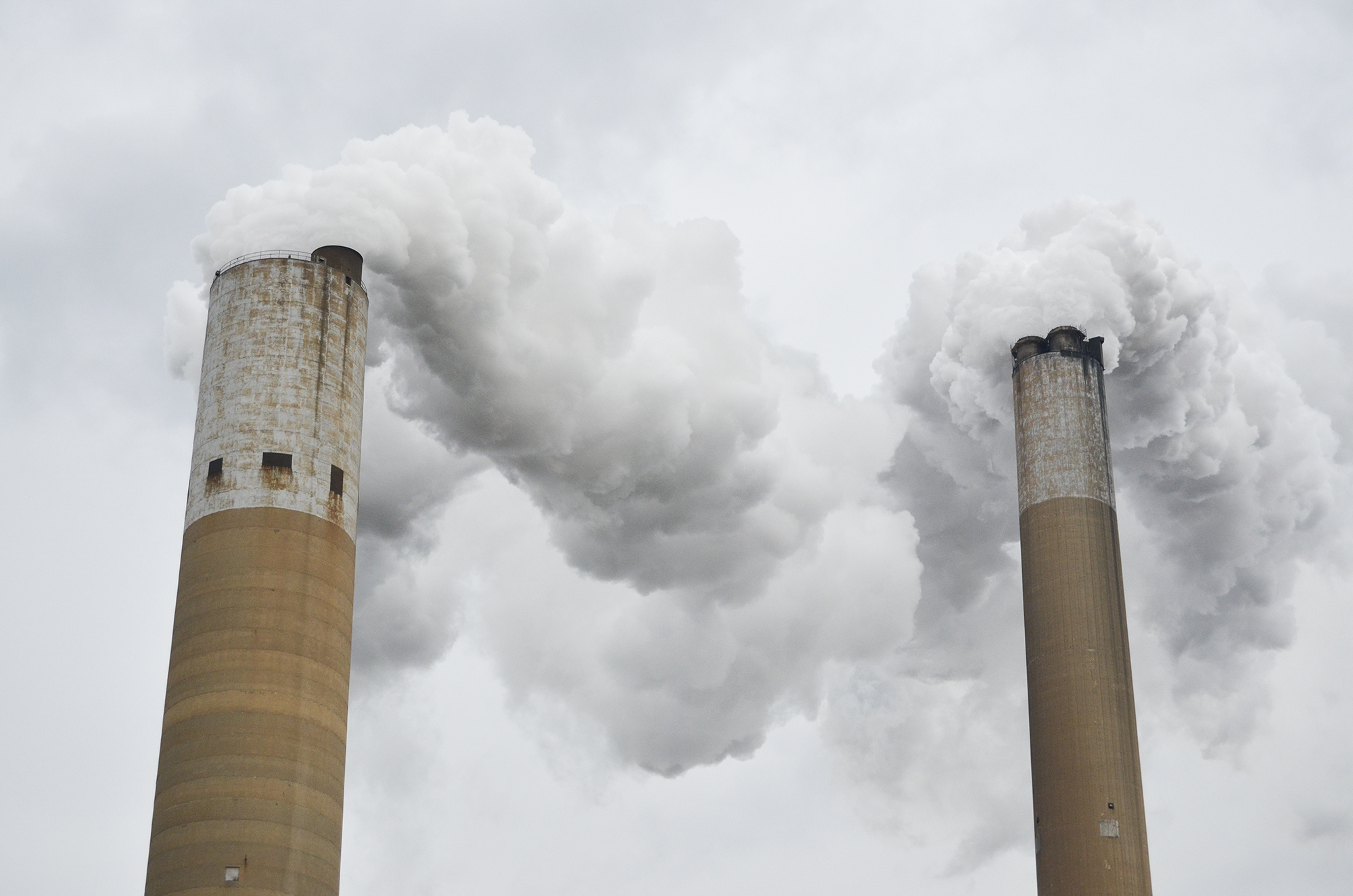 The Regional Greenhouse Gas Initiative (RGGI) requires polluters to pay for their emissions. Since 2009, the initiative has run a cap-and-trade program that has cut the annual average CO2 emissions from electric generation in nine participating states.

Wolf pointed to impacts of climate change as the reason to join the effort now, and signed an executive order directing the Department of Environmental Protection to draft a regulation. He said 2018 was the wettest year on record for the state with storms that “brought pounding rain, causing floods in communities of all sizes in all places across Pennsylvania.”

“If we want a Pennsylvania that is habitable for our children and our grandchildren, where temperatures aren’t in the 90s as they were yesterday in October, and flooding doesn’t destroy homes and businesses over and over again, we need to get serious right now about addressing the climate crisis,” Wolf said.

The nine states in RGGI, either through legislation or regulation, have agreed to set up cap-and-trade programs. They are Connecticut, Delaware, Maine, Maryland, Massachusetts, New Hampshire, New York, Rhode Island and Vermont.

New Jersey, which withdrew from the initiative under Republican Gov. Chris Christie, has plans to rejoin in January. Virginia’s governor, also a Democrat, planned to join as well but has since been blocked by the legislature.

Pennsylvania is the fourth largest greenhouse gas emitter in the country. It’s also a large producer of coal and natural gas, and a net exporter of electricity. The state’s participation would expand RGGI at a time when the Trump administration has reversed actions to curb emissions.

“This is a game changer, for a top energy producer like Pennsylvania to take this big step toward a cleaner future,” said Kate Konschnik, director of the Climate and Energy Program at Duke University’s Nicholas Institute for Environmental Policy Solutions. “Governor Wolf is securing the Commonwealth’s position as an energy leader in a carbon-constrained world.”

Wolf is bypassing the Republican-controlled legislature by signing an executive order. He said he has the authority through the Clean Air Act.

“This is only going to work if we all figure out how we work together, so I’m starting the process here,” he said. “And I’m starting with the authority I’m pretty sure I have to — not I’m pretty sure, I do have — to do this, and getting the ball rolling. But this is going to be a collective effort on the part of everybody here in Pennsylvania, certainly everybody here in this building, and that’s the way I’m looking at it.”

But House Republicans were critical of Wolf’s methods.

“We strongly disagree with Gov. Wolf’s continued practice of go-it-alone approaches that are unhelpful in working cooperatively to move our Commonwealth forward in a way that best represents the interests of all Pennsylvanians,” said House Republican spokesman Mike Straub in a statement.

“We believe the executive branch cannot bind the state into multi-state agreements without the approval of the General Assembly, and we plan to execute the fullest extent of our legislative power on behalf of the people of Pennsylvania,” he wrote.

Some Democrats from coal areas may oppose the move. But the announcement gained support from Democrats in the Southeastern part of the state, including Democratic State Rep. Leanne Krueger from Delaware County.

“In Harrisburg, we fight back against one bill after another that jeopardizes the safety of our air and water,” Krueger said in a statement. “It’s way past time for us to take positive action, and joining RGGI will move us in a positive direction.”

Reactions from environmental groups showed a split in how to address the climate crisis.

“This is a decisive signal that Pennsylvania is stepping up its climate leadership,” said Mark Szybist, senior attorney at the Natural Resources Defense Council. “As the legislature pushes subsidies for fossil fuels, Governor Wolf is putting Pennsylvanians on the path to a cleaner, more prosperous future.”

But Food and Water Watch criticized the cap-and-trade program as “flawed and ineffective.”

“Most alarmingly, RGGI excludes any consideration of methane emissions, the highly potent greenhouse gas linked to the gas fracking boom in states like Pennsylvania,” said Mitch Jones, the group’s Climate & Energy Program Director. “This deliberate evasion props up the fracking industry’s bogus image as a clean alternative to coal.”

The issue doesn’t split easily along partisan lines either, as some Republicans who want to shore up the nuclear industry see the effort as a way to do so.

DEP Secretary Patrick McDonnell said under a cap-and-trade program, power plants have to buy allowances if they exceed emissions levels set by the state. That cost is factored in when companies provide bids to PJM Interconnection, which manages the flow of wholesale electricity in all or part of 13 Mid-Atlantic and Midwestern states and the District of Columbia. Because PJM buys the cheapest electricity first, McDonnell said, it will encourage emissions reductions.

The DEP will submit the regulation to the Environmental Quality Board, which will take public comment.