What longtime climate activist Rafe Pomerance wants you to know 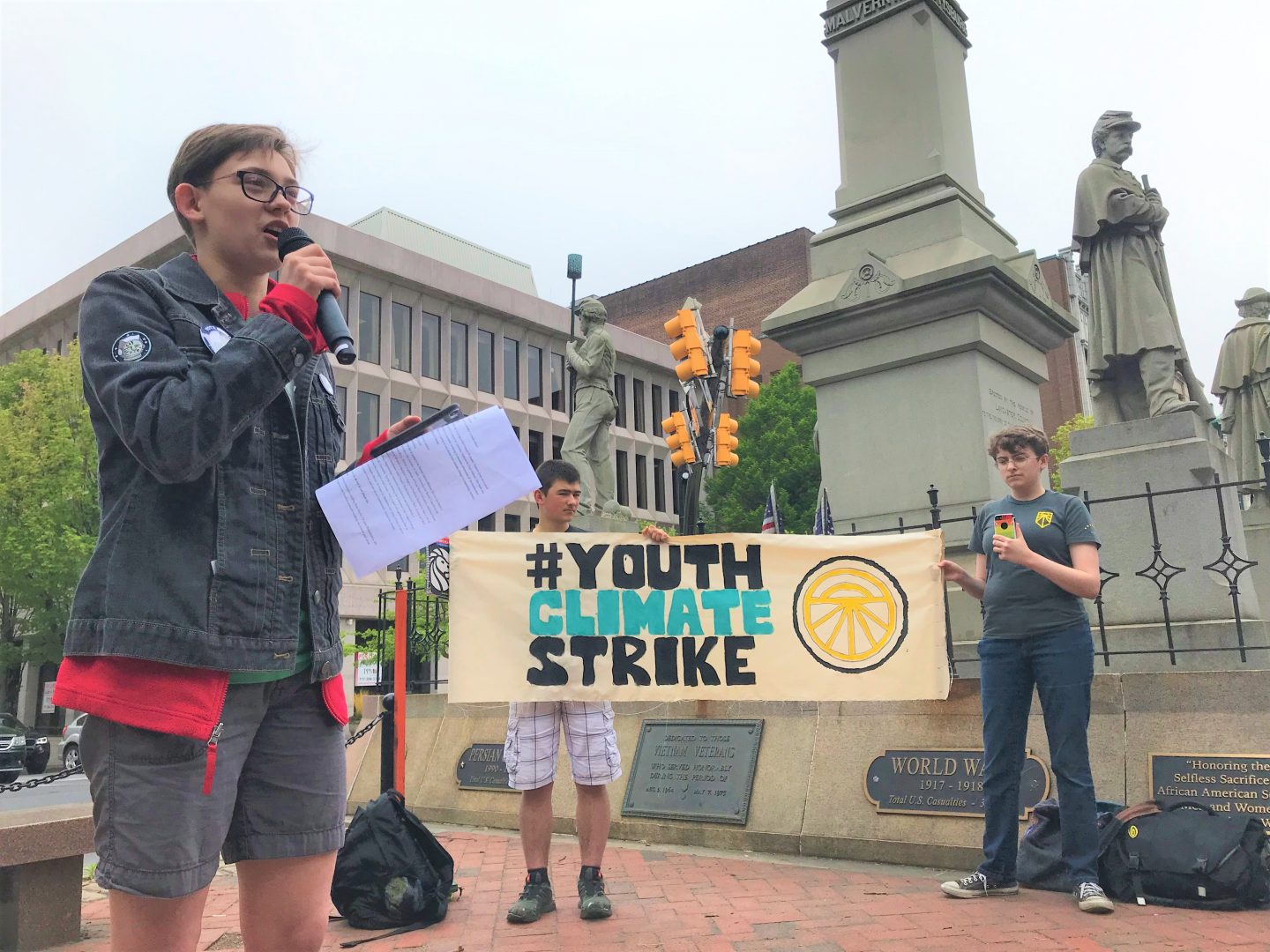 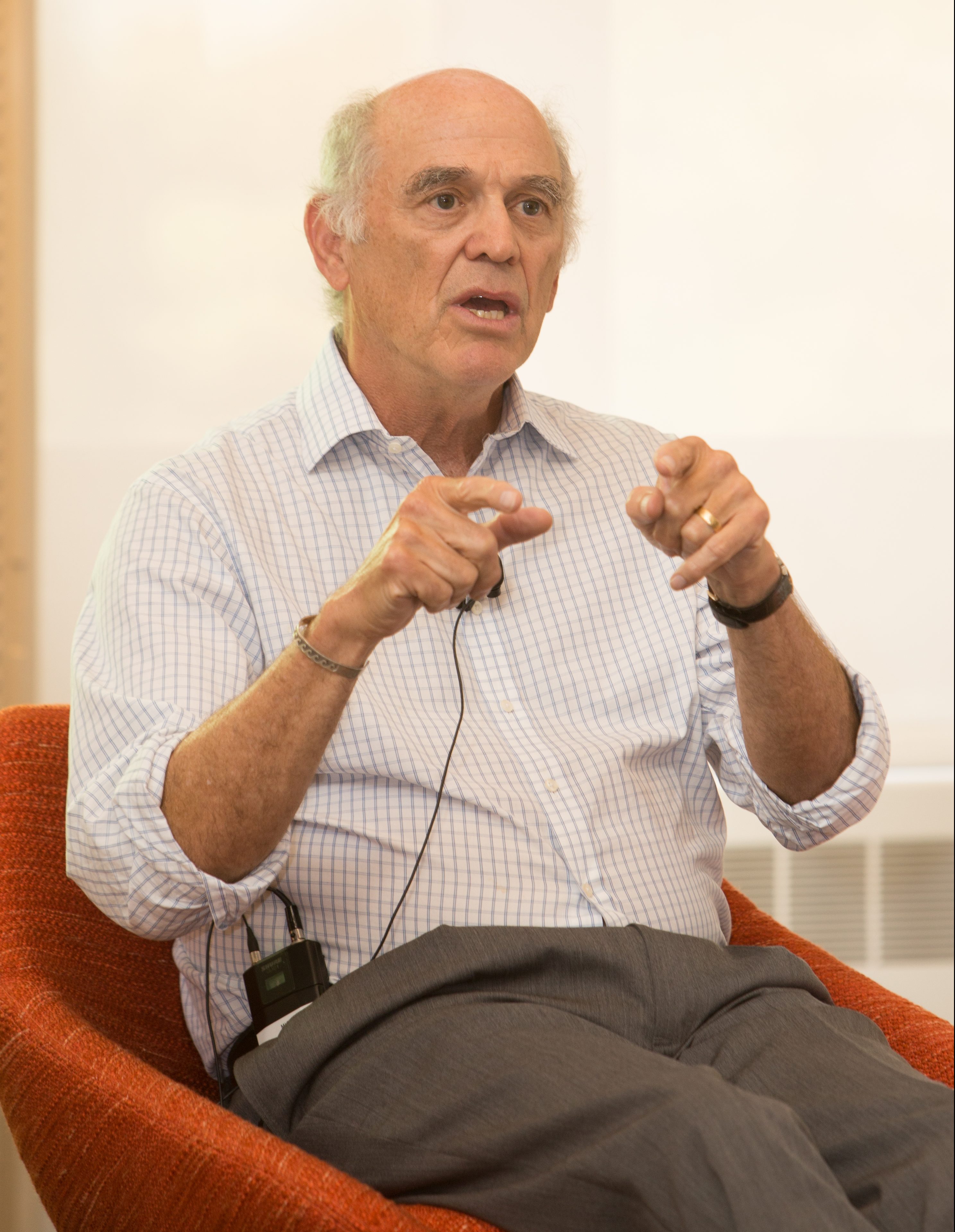 Photo courtesy of the Kleinman Center for Energy Policy

Climate activist Rafe Pomerance speaks at an event at the Kleinman Center for Energy Policy in Philadelphia on Sept. 12.

Students across the country and around the world are on strike today, demonstrating for action on climate change.

U.N. Secretary General António Guterres says governments need to act against what he calls a climate emergency that will be the subject of U.N. meetings next week.

Rafe Pomerance has been a climate activist for 40 years. As an environmental lobbyist for Friends of the Earth, he was one of the first people to agitate for bi-partisan action after reading a 1978 EPA report on coal.

StateImpact Pennsylvania’s Susan Phillips sat down with Pomerance and asked him what he wants people to know right now.

Rafe Pomerance: Number one, here in the United States people have to know this is real. If you have a sort of denialist frame, you’ve been misled by a conscious effort to sow doubt when there was scientific certainty, a high probability that all this would happen. And number two, the impacts are showing up in a big way and they tend to be coming on faster. Three, this is the largest transformation governments have to do, which is to re-work the global energy system to decarbonize it.

Susan Phillips: Forty years ago you were sitting in a room with a lot of the early climate scientists who at the time were talking about these issues and making projections using timescales of what would happen in 2005, 2010. We’ve passed 2005 and 2010. Have you seen those predictions come true? Can you give me some examples?

Susan Phillips: And what about warming oceans?

Rafe Pomerance: We are witnessing at the moment a major coral bleaching episode in the Hawaiian Islands. So this is a sea surface temperature problem. And it has already led to the death of … more than half of the world’s reefs including in the Great Barrier Reef. These are new observations in Hawaii, and coral bleaching is a climate signal in the tropics and it is a biological catastrophe and it’s going on right now.

Susan Phillips: And what about rising ocean temperatures in the Caribbean? We just had a hurricane there, a category 5, Hurricane Dorian. We know that warm waters help create hurricanes. Could there be a coral bleaching event in the Caribbean this year?

Rafe Pomerance: So in my mind no surprise that you get Category 5 hurricane and coral bleaching in the Caribbean, same time.

Susan Phillips: Now what’s the connection? Is there a connection between what’s going on in the Pacific and the hurricane or you’re just saying this is happening simultaneously?

Susan Phillips: Have we reached a point where trying to cut carbon emissions is sort of a lost cause?

Rafe Pomerance: No no no no no no. Sea level will keep rising. It’s going to rise for a long time anyway. But the question is magnitude and rate. And so you might adapt to a regime that’s based on today’s climate but 30 years from now it’s going to be utterly different. So they’re actually part of the, what I would call the strategic plan that we need in the United States, which is A — decarbonization and reduction and control of other greenhouse gases, and B — part of that is the adaptation resilience plan that has to go along with what we’ve already done.

Susan Phillips: How do you see this moving forward? Is there any hope?

Rafe Pomerance: Yes there’s hope because there’s a strike by students across the globe. I happen to spend a lot of time working in Florida, which is existentially threatened by sea level rise in the number of impacts and the sea level rise issue has grown in public awareness down there. Now I don’t know how the 2020 election is going to go but — most grandiose ambition — sea level rise decides the next presidency.

Here’s the point. Trump stumbled into something big. He said, “I want to buy Greenland.”