The marsh lands of Cape May County. 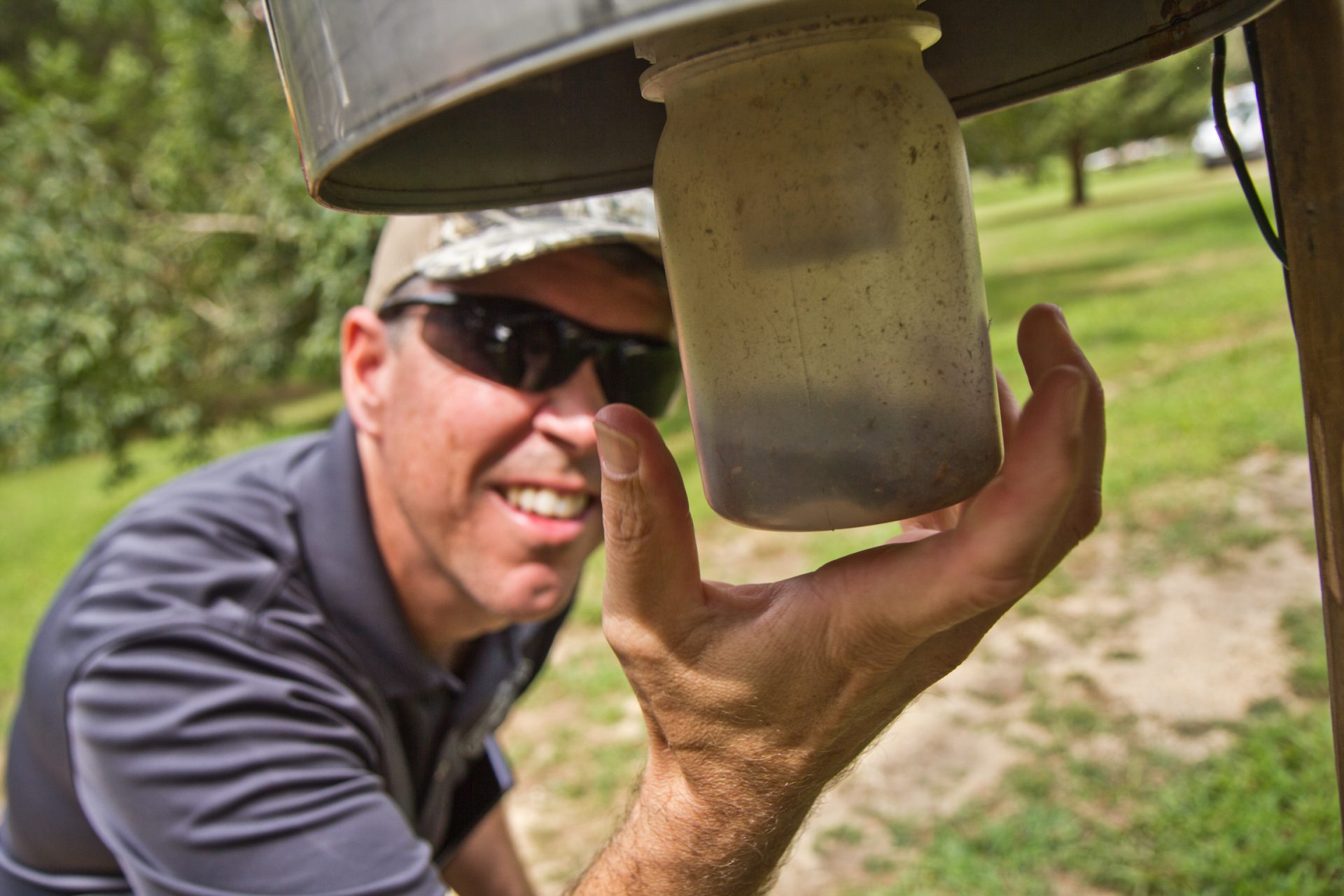 Edward Sokorai removes mosquitoes from a trap in Cape May County.

From 800 feet in the air, the salt marsh along the Delaware Bay in Cape May County looks a little like a patchwork quilt. A vast expanse of dark green cordgrass dappled with patches of light green stretches for miles along the bay, traversed by a network of tidal creeks that meander across the landscape.

The darker cordgrass is Spartina alterniflora; the light green salt hay is Spartina patens. The latter is where Aedes sollicitans — colloquially known as the salt marsh mosquito — breeds.

“It’s sort of like the New Jersey state bird,” said Peter Bosak, superintendent of the Cape May County Department of Mosquito Control.

Since the department’s founding in 1915, it has focused on controlling mosquitoes in the county, especially the salt marsh mosquito, which can carry Eastern equine encephalitis, a dangerous disease that can cause brain damage and even death. Without his department’s work over the last century, Bosak said, Cape May County would be uninhabitable.

“Only the hardiest individuals, like the fishermen or the clammers or whoever, would be able to live here,” he said.

Yet that historic focus on the salt marsh mosquito is shifting, as rising sea levels due to climate change have encroached on the places where this mosquito breeds.

The sea level in Cape May County has risen nearly 10 inches since 1965, according to Climate Central, in part due to warming oceans and melting ice sheets. Fewer places to lay eggs means fewer salt marsh mosquitoes.

“This change in the climate is now becoming more preferable to other species that we might not have seen as much before,” Bosak said, “and now they’re changing their populations and coming up.”

So the department is sort of playing mosquito whack-a-mole — still looking for Aedes sollicitans in the salt marsh, but also looking inland, where other mosquitoes are becoming more of a problem. That includes the Asian tiger mosquito, Aedes albopictus, and the cattail mosquito, Coquillettidia perturbans.

The increased rainfall can be tied to climate change — a warmer atmosphere can hold more moisture. Temperatures in Cape May County rose approximately 3.1 degrees Fahrenheit above the average from 1901 to 2000.

For the Asian tiger mosquito, a breeding ground could be anything from pooling water in a plant saucer, to standing water in a pile of tires, to a collection of children’s toys in the yard. Cattail mosquitoes prefer freshwater ponds, and Cape May County is finding more permanent bodies of freshwater as the intensity and frequency of storms increases.

Both species carry dangerous diseases, from West Nile Virus in the case of the Asian tiger mosquito, to Eastern equine encephalitis, for which the cattail mosquito is a carrier. Sometimes, it isn’t even clear where the cattail mosquitoes are coming from, since the bodies of water in which they breed have developed only recently due to changing climatic conditions.

“[Cattail mosquitoes] are an extremely aggressive mosquito,” Bosak said. “They’re very robust and beefy. And they can cause major nuisance problems, in addition to being a vector for Eastern equine encephalitis.” 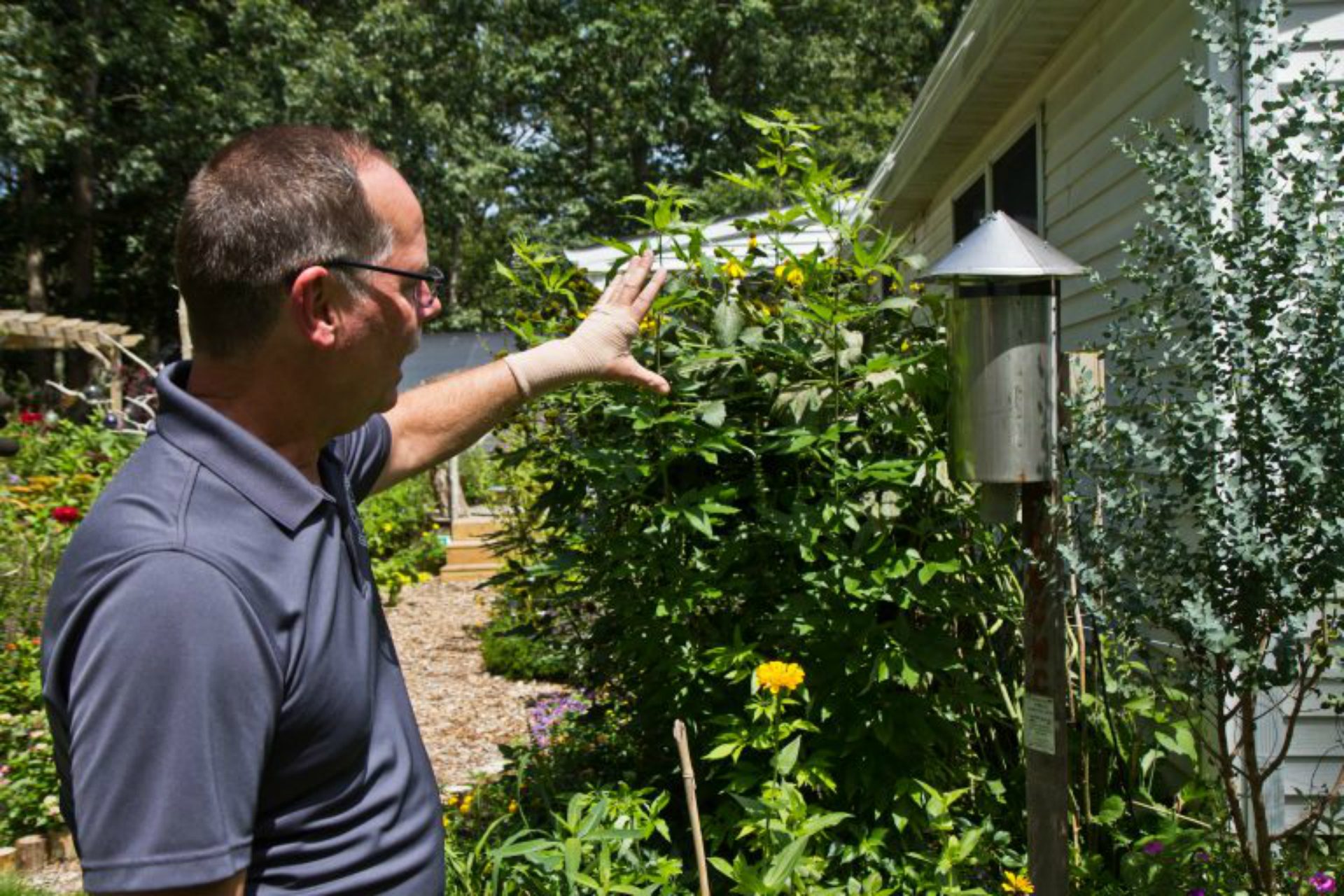 Peter Bosak, superintendent of the Cape May County Department of Mosquito Control, explains how mosquitos are trapped.

Under control, in three steps

For decades, controlling the salt marsh mosquito has involved a three-tiered approach. The first tier is something called “open marsh water management,” often referred to as OMWM (pronounced “om wom” by those in the trade). Mosquito-control specialists dig ditches and channels in the marsh to flood the light green patches of Spartina patens, which sit at a higher elevation and are flooded infrequently by tides. The network of channels and ditches prevents standing water and allows larvae-eating fish to flow in with the tide.

The next tier involves applying a bacterium known as Bacillus thuringiensis serotype israelensis, or Bti, which kills mosquito larvae, to areas in the high marsh where mosquitoes lay their eggs.

And finally, whatever mosquitoes they cannot nip in the bud with OMWM or larvicide they kill with a pyrethroid insecticide.

This three-tiered approach has successfully controlled the salt marsh mosquito, which for centuries bedeviled visitors and residents alike as a nuisance and carrier of disease.

But thanks to sea-level rise, much of the “high marsh” where the mosquitoes breed is becoming “low marsh,” reducing breeding territory and thus the need for OMWM. Combined with new regulations on where mosquito control departments can dig in the marsh, rising sea levels mean OMWM has become a less significant — though still useful — tool in the mosquito control arsenal.

Perhaps the most useful tool nowadays, at least for understanding the extent and composition of the mosquito population, is the county’s extensive trapping system, which allows Bosak and his team to keep an eye on what kinds of mosquitoes are out there and which ones might pose a threat to humans.

The department uses numerous types of traps across the county, from gravid traps meant to trap pregnant female mosquitoes to the so-called New Jersey Light Trap, first developed here in 1927 but now used around the world. Mosquitoes are attracted to light at the top, and then a fan sucks them down into a sample jar, which is taken back to the department’s lab every day to assess which mosquitoes are present in the county, and in what volumes.

Diane McNelly, Cape May County’s mosquito identification specialist, picks through about 3,000 mosquitoes by hand every day, going through one by one.

Historically, the collection was mostly salt marsh mosquitoes, and often it still is. But the population varies by trap and by day, and McNelly has started noticing some changes.

This year, she’s noticed more Asian tiger mosquitoes than ever before, and last year, there was an influx of another breed known as Aedes infirmatus that carries West Nile virus and other diseases. 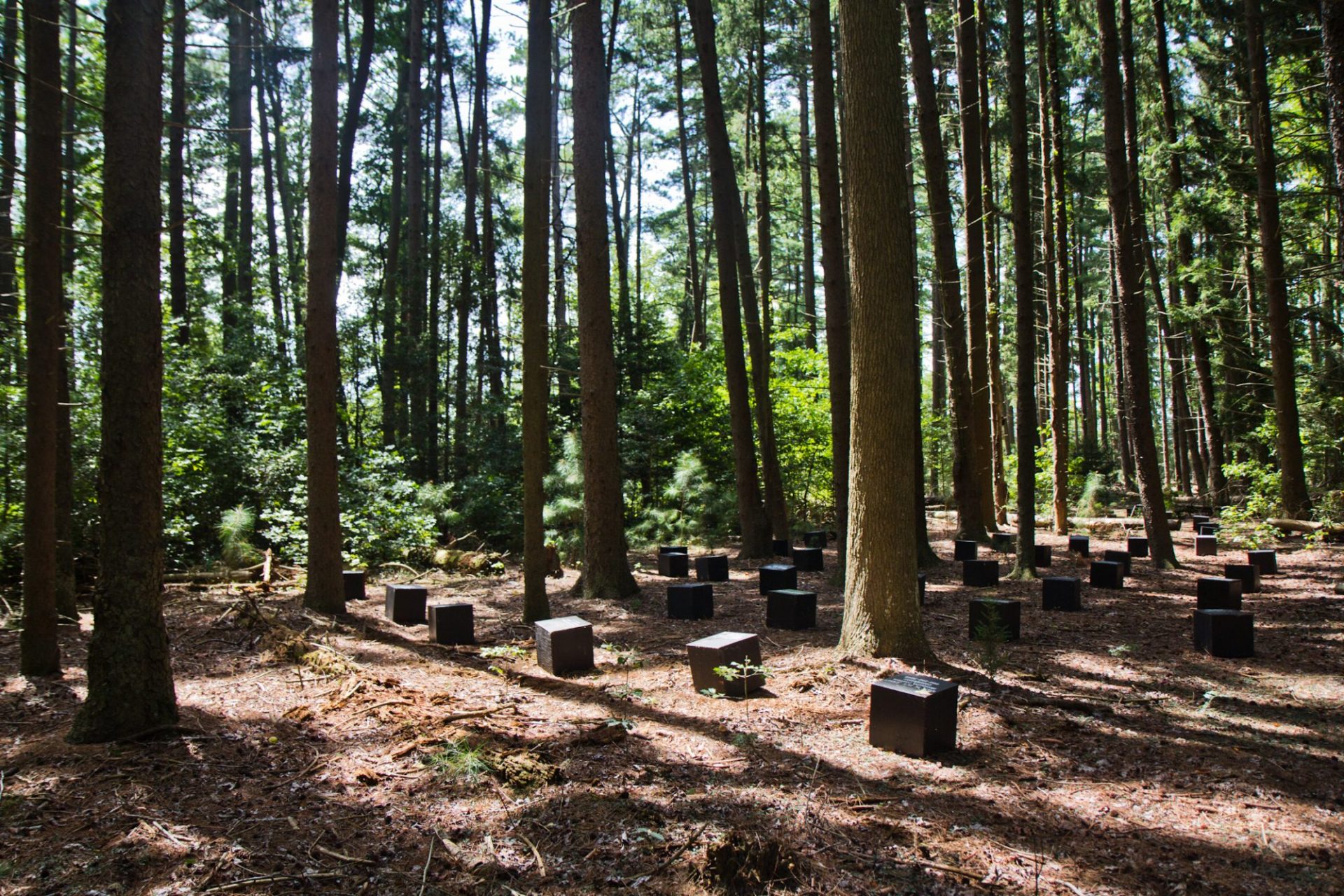 Cape May County is currently home to 45 of the state’s 63 breeds of mosquitoes, although the county only cares about the ones that carry diseases or bother humans.

But Bosak said that number might fluctuate as the climate changes. It may get too warm for some breeds that show up early in the season. And it may get warm enough for some new species the area hasn’t seen before — like Aedes aegypti, also known as the yellow fever mosquito, which carries Zika and many other diseases and usually lives in the South. He said he has gotten reports that it’s moving north because of warming temperatures.

“We haven’t really seen it here in New Jersey, but who knows?” Bosak said. “That could become our next problem. We don’t know.”

The trapping system means his team will be the first alerted to dangerous new breeds of mosquitoes appearing in Cape May County, he said.

The question then becomes: how to get rid of them.