About 80 of the 640 union workers were walked off the site one week ahead of schedule. 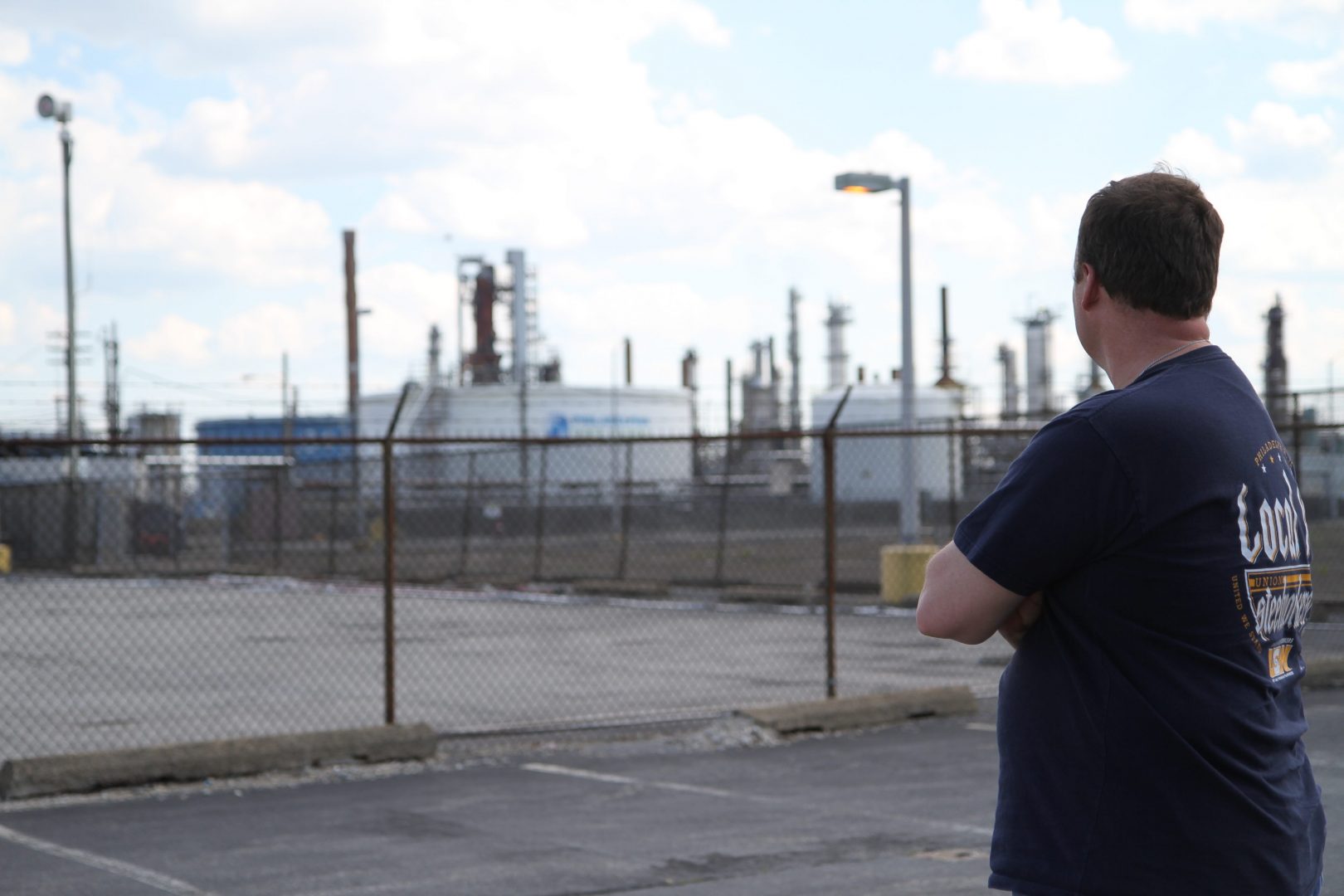 The layoffs had been scheduled for Aug. 25. They began more than a week early because certain areas of the refinery had been sufficiently shut down, and so the workers in those units were no longer needed.

Approximately 80 of 640 United Steelworkers members have been let go as the refinery winds down operations after the June 21 fire that caused it to shut down, according to Ryan O’Callaghan, president of USW Local 10-1.

Approximately 80 of the 640 union workers have been let go, according to Ryan O’Callaghan, president of United Steelworkers Local 10-1, as the refinery winds down operations after a fire on June 21 caused it to shut down.

The workers will be paid through Aug. 25, though as it stands that payment will be without severance. Health insurance benefits would also end on Aug. 25, though O’Callaghan said the union is still negotiating for both severance and benefits.

PES did not immediately make a representative available to comment on the layoffs’ early start.

O’Callaghan said the company, which entered Chapter 11 bankruptcy on July 21, planned to replace union workers with a “caretaker group” of salaried management workers that would maintain the refinery as it shuts down.

But he added that there are still products in the tanks and lines, which, though minimal, require the expertise of trained union workers, and so the refinery should keep some union workers on the premises beyond Aug. 25.

“The units need to be safely idled, and the people they intend to have that done are not qualified,” he said.

In particular, O’Callaghan pointed to the reactors in some of the units, where if the “rare earth” catalyst is left to dry out, it could explode.

“We need trained USW workers who worked on those units to stay there. Not all of them, but there needs to be the trained operators there.”

John Jechura, a professor of practice at the Colorado School of Mines, said any time hydrocarbons are involved, as they are in a refinery, workers have to exercise extreme caution because the compounds are combustible. In addition, the unit known as a “catalytic cracker,” which breaks crude-oil molecules down into fuel, uses a catalyst that is similar to fine grains of sand and could be dangerous if an explosion released it into the air.

“If you’re going to de-inventory that, you’d probably want to have someone who knows how to handle that catalyst,” Jechura said.

That could be the union workers, if they have experience shutting down equipment and removing catalysts. But it could also be an outsider who specializes in that specific process.

“When refineries go through turnarounds, sometimes they bring in specialists to remove catalysts and go through the maintenance operations,” he said. “And if that’s who the company has brought in, then it’s a valid thing to do. If they bring in someone who is a waste-hazards handling specialist, then that’s who you’d want to bring in to be able to do this.”

But if they are bringing in outsiders without that experience, Jechura said, that could be a cause for concern.

The June 21 fire occurred in the refinery’s alkylation unit, where crude oil is turned into fuel through the use of a toxic catalyst known as hydrofluoric acid. Thirty-three thousand gallons of that acid is currently being neutralized on site before it can be discharged into a dedicated wastewater treatment plant. The union workers involved with that unit were not among the 80 let go Thursday.

The 335,000-barrel-per-day refinery was the largest and oldest on the East Coast. Initially, PES had said it would lay off union and non-union workers in mid-July, but it later extended the termination date to Aug. 25.