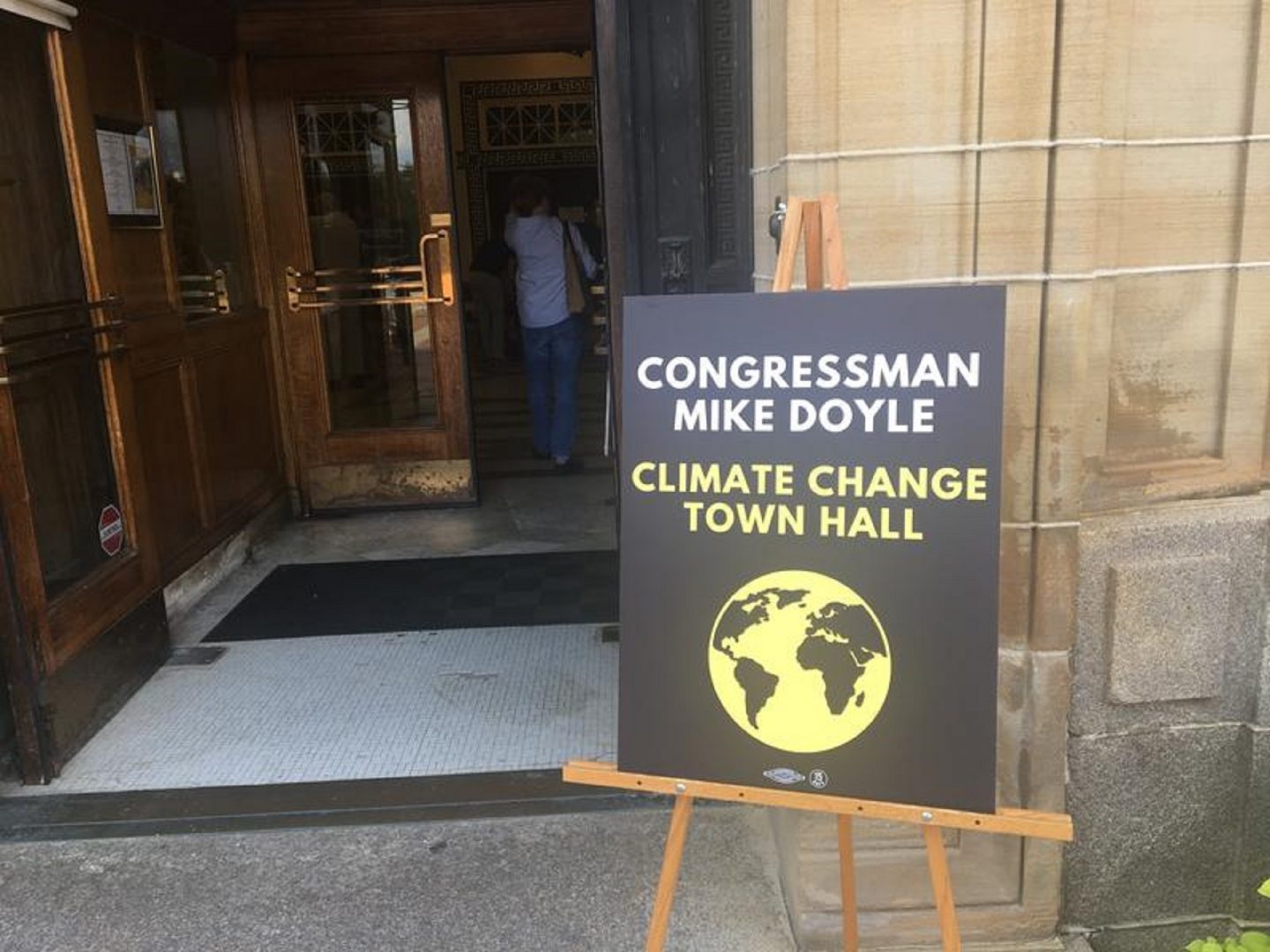 U.S. Rep. Mike Doyle touted his support for climate-change legislation and blamed President Donald Trump and Senate Republicans for a lack of action on the issue at a town hall he hosted Wednesday evening.

“We’re in a bad situation in Washington, D.C. with an administration that’s rolling back [environmental] protections,” Doyle told those gathered at Soldiers and Sailors Memorial Hall in Oakland. “But they’re not going to be there forever.”

The Democrat said he remained optimistic, despite the extremely ambitious goals the U.S. and the rest of the world need to meet to avoid the most damaging effects of climate change.

A major climate report published last fall by the United Nations’ Intergovernmental Panel on Climate Change (IPCC) said it would take a 40-50 percent cut in emissions by 2030 to limit warming by 1.5 degrees Celsius. Even with a limited increase of 1.5 degrees, the environmental effects are expected to be devastating and widespread.

To address those concerns, Doyle cited approaches like the Green New Deal, a sweeping package of environmental and economic changes backed by some progressive Democrats. Components of that approach, Doyle said, will be in any climate-change legislation the House passes.

“We have to work together,” Doyle said. “If we fight amongst ourselves, we have no chance of being successful. … I think that if we’re going to enact robust legislation to stop climate change, we’ve not only got to maintain our majority in the House, we’ve got to change a lot of faces in the United States Senate, and most importantly the White House.”

Hundreds of western Pennsylvania residents attended the town hall and many voiced their concerns about closing of nuclear power plants, fracking, and pollution in the region.

“Generally speaking, we’re not doing such a hot job at getting policy traction at the federal level,” said Mike Roth, a Shadyside resident, who considers climate change and health care his top two voting issues. He said he attended the town hall because he wants Congress to pass legislation specifically addressing emissions. “Whether or not [Doyle] writes the legislation or signs on to support the legislation, I’m indifferent to. As long as it happens.”

“I’m here because this has become my most overriding passionate issue,” said Elise Yoder, of Forest Hills. She believed climate change is too urgent for small changes, but requires sweeping progressive solutions.  “I want to know about his support of the Green New Deal, and if not what alternatives.”

The evening featured two panels, one focusing on technology and green infrastructure, and the other focusing on solutions at the state and local level, such as state legislation that would transition Pennsylvania to completely renewable energy by 2050.