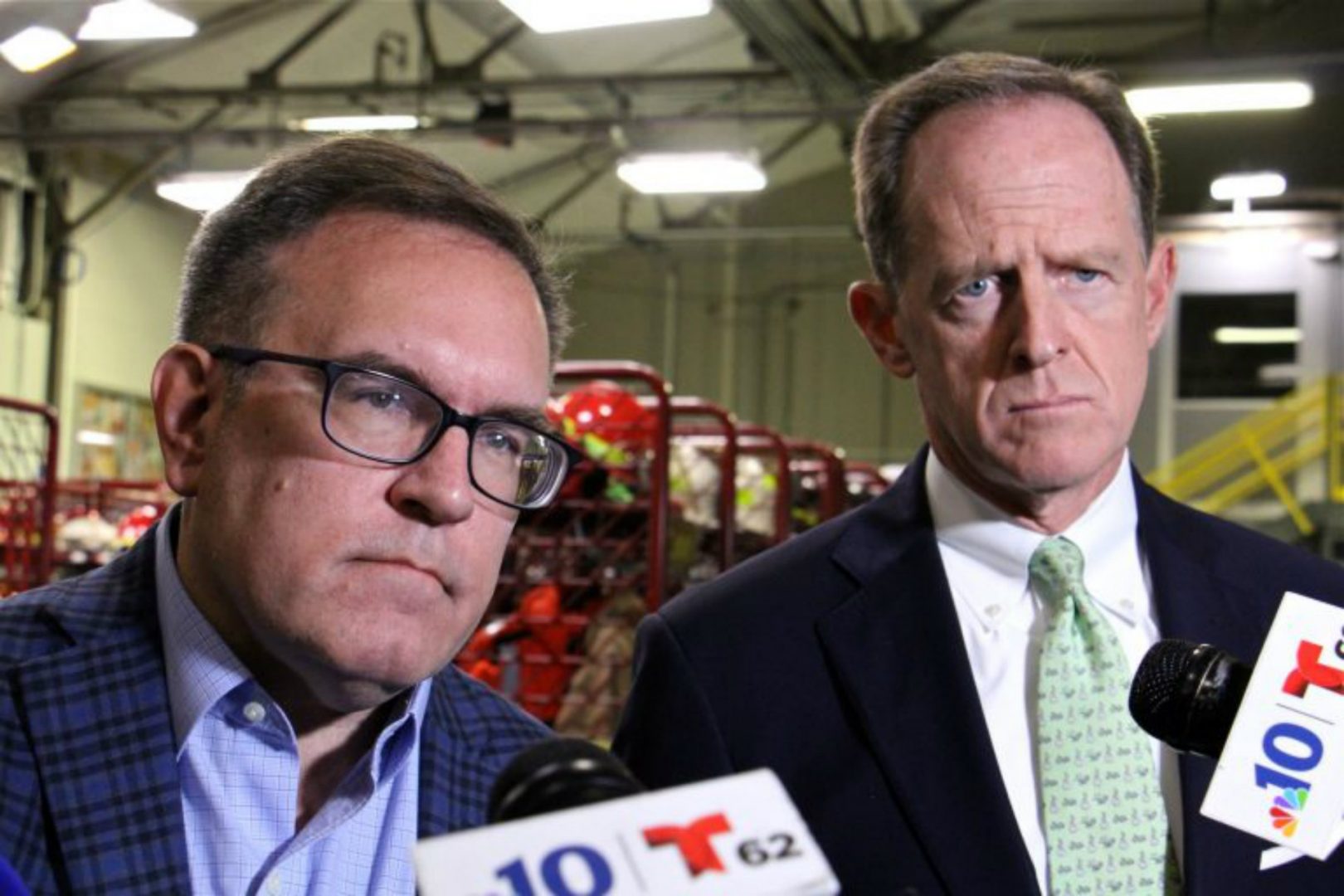 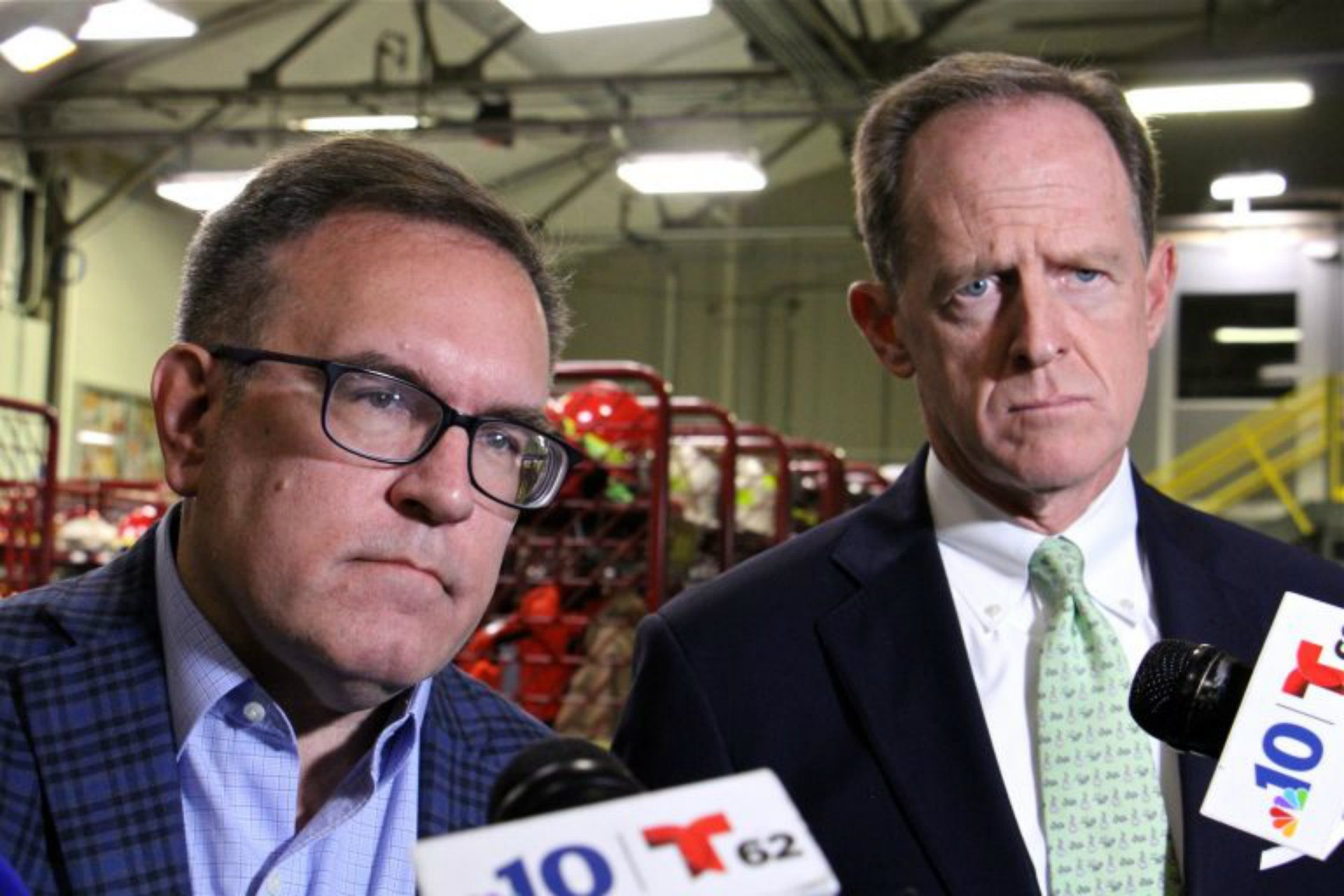 The rule calls for renewable fuel, such as ethanol derived from corn, to be mixed into transportation fuel. The original intent was to reduce dependence on foreign oil and use more renewable fuel.

But opponents point to the country’s improved energy security. The United States is now a top producer of petroleum and natural-gas hydrocarbons, according to the federal Energy Information Administration.

Refiners are required to use over 19 billion gallons of renewable fuel this year — corn-based ethanol will make up almost 80% of that. By 2022, the requirement will increase to 36 billion gallons.

A ‘costly’ rule for merchant refiners

Refinery leaders at Monroe Energy said the costs of meeting the mandate, or paying for “credits” when they don’t, can strain operations.

“There have been certain years in the last five years in which the cost of Monroe to comply with the RFS program actually was our No. 1 expense other than what [it] costs us to buy crude oil every year,” said Chris Ruggiero, vice president and general counsel at the company.

Another supporter of dumping the rule is United Steelworkers Local 10-1 president Ryan O’Callaghan. His union represents workers at the Philadelphia Energy Solutions refinery in South Philadelphia.

O’Callaghan was at Monroe to speak to Toomey about saving PES, which announced plans to close and filed for bankruptcy after a fire and explosions in late June caused major damage to a unit at the refinery complex.

He called the rule outdated. “And it created a situation that is costly to merchant refiners and it may stop someone from investing in PES, that being an anchor around their necks.”

Toomey argued that the country doesn’t need the rule because of the quantities of energy the U.S. is now producing. Instead, he said, the mandate is putting refinery jobs at risk.

“We don’t need to burn corn because we don’t have oil and gas,” the Pennsylvania Republican said. “And, of course, it’s also been clearly proven that ethanol is not helpful to the environment. In fact, it does more bad than good.”

Environmental concerns are why U.S. Sen. Dianne Feinstein, a Democrat from California, co-sponsored the bill. She said the rule “increases the cost of food and animal feed and contributes to climate change, and it should be phased out.”

The state runs on a corn deficit and needs to import it from other states, according to Eric Rosenbaum, executive director of the Pennsylvania Corn Growers Association.

Though corn-based ethanol production is not a priority in the state, Rosenbaum said producers still need markets for corn.

“Ethanol is a great opportunity for corn producers to help in fuel production and help in greenhouse-gas emission and support the larger economy,” he said.

Other deregulatory measures in the works

Environmental Protection Agency head Andrew Wheeler joined Toomey at the refinery for a tour. He said the EPA doesn’t have a position on Toomey’s legislation.

Instead, Wheeler touted deregulatory measures the EPA has taken under the Trump administration.

He bragged about changes to the Obama-era Petroleum Refinery Sector Rule, which aimed to control toxic air emissions from refineries. The changes gave refineries 18 more months to come into compliance.

Wheeler said the tweaks saved the energy sector more than $12 million in compliance costs and $80 million in capital investment.

“Rather than impose top-down mandates from Washington, we want to work with you to improve environmental protections in a way that doesn’t jeopardize the historic economic growth we’re seeing,” Wheeler said.

Delaware County pipeline foe thought he'd get PUC information on Mariner East risk. But now he'll have to fight for it in court