The entrance to Erie Coke. 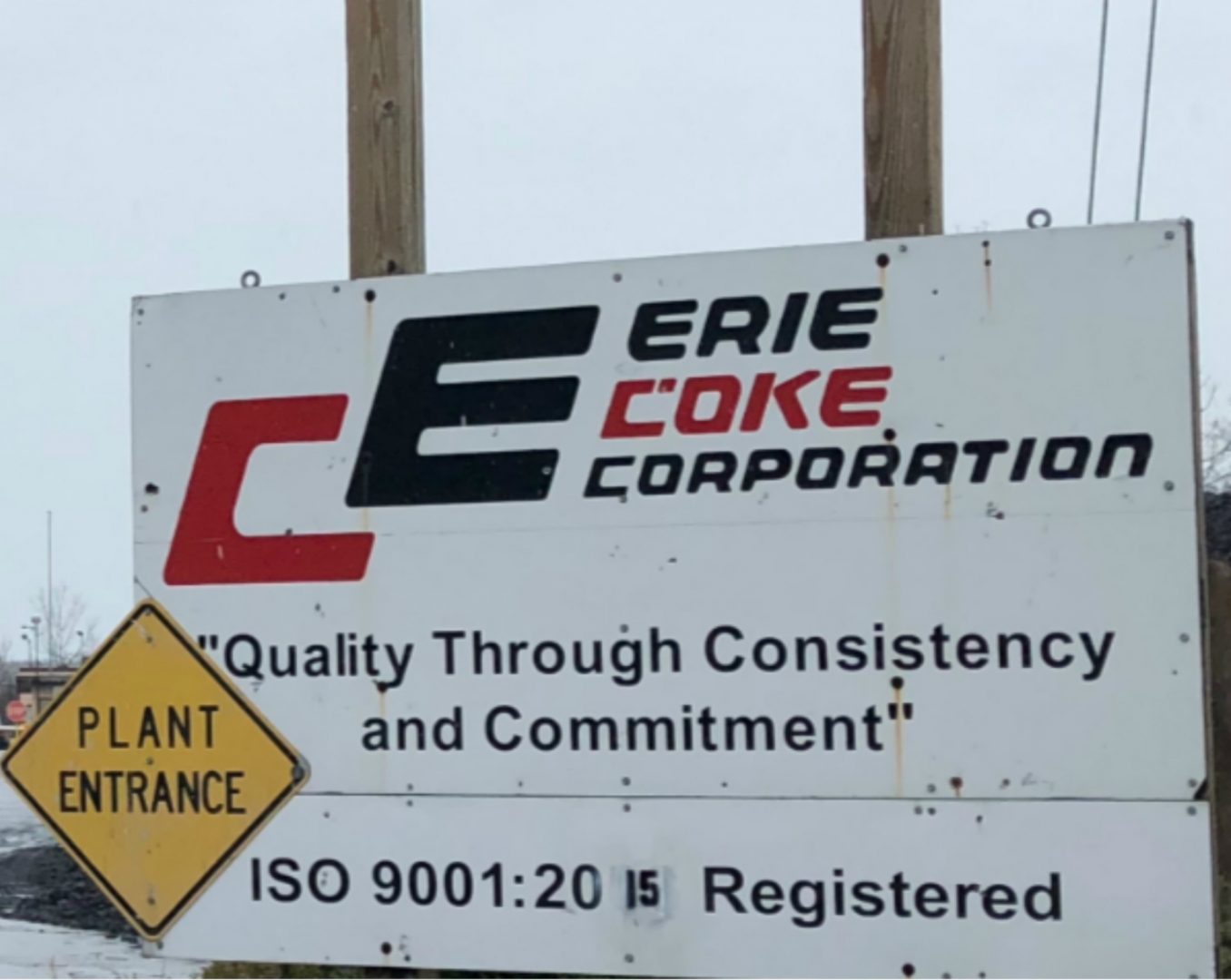 The entrance to Erie Coke.

Update 2:02 p.m. Sept. 18: The Department of Environmental Protection said it is investigating why benzene level readings were higher than allowed under DEP requirements. The agency said there could be several causes for the levels of benzene, which can cause cancer. The “levels do not indicate an immediate risk to the community,” the agency said in a news release.

Update 9:16 a.m. Aug. 29: An Environmental Hearing Board judge ruled that the plant can stay open, with certain conditions, while it fights the state’s effort to revoke its license, according to the Erie Times-News.

Reported previously: State environmental regulators are moving to shut down Erie Coke, a foundry with a lengthy history of environmental violations.

Pennsylvania Department of Environmental Protection Secretary Patrick McDonnell said the agency has received numerous complaints from the community over the past decade and has cited the plant, in the city of Erie, for numerous violations of state and federal law.

“Our staff have participated in stakeholder meetings and have worked with the community, elected officials and the company to address issues and concerns,” McDonnell said in a statement. “Unfortunately, the frequency and severity of Erie Coke’s violations have only increased during our review of its permit renewal and the operator has offered no tangible causes for its non-compliance nor viable plans to assure future compliance.”

DEP is denying the company’s application to renew its operating permit and filing a complaint with the Erie County Court of Common Pleas, seeking an injunction to shut down the facility, which employs about 125 workers.

A man who answered the phone Friday at Erie Coke referred questions to Ed Nesselbeck. Nesselbeck lists his title as Environmental Director at Erie Coke Corporation on his public LinkedIn profile, but he did not respond to a request seeking comment.

Rachel Filippini, executive director of the Group Against Smog and Pollution, a Pittsburgh-based advocacy organization, said the situation was “regrettable” due to the job losses but added the plant had exposed residents to harmful pollution for too long.

“If Erie Coke — or any business — cannot operate lawfully then they should not be allowed to operate,” Filippini said in an email. “DEP gave Erie Coke many opportunities over the years to clean up its act, which Erie Coke repeatedly declined. Erie Coke’s lack of interest in compliance with the law left DEP with no other option; we support DEP taking this action to protect the health of Erie residents.”

The plant was nearly shut down in 2010 by DEP before a court-ordered settlement was reached. Under a consent decree with the state, the company made repairs and paid a $4 million fine.

In February, DEP issued an order requiring Erie Coke to investigate the causes of increases in air quality violations. Two months later, the department said the plant experienced “a large release from a wastewater tank on the property.” DEP estimates over 30,000 gallons of wastewater were released. In a news release Monday, the department said the water was “suspected to contain contaminants from the coking process including benzene, cyanide, naphthalene, ammonia and several other constituents.”

In May, the department placed the facility on the air quality compliance docket for nearly 80 unresolved air quality violations over the past two years. The following month, DEP sent the company a notice of violation with more than a dozen violations, which were the result of an inspection. DEP said it will deny Erie Coke’s permit renewal because it has failed to “adequately demonstrate an ability or its intent to comply.”