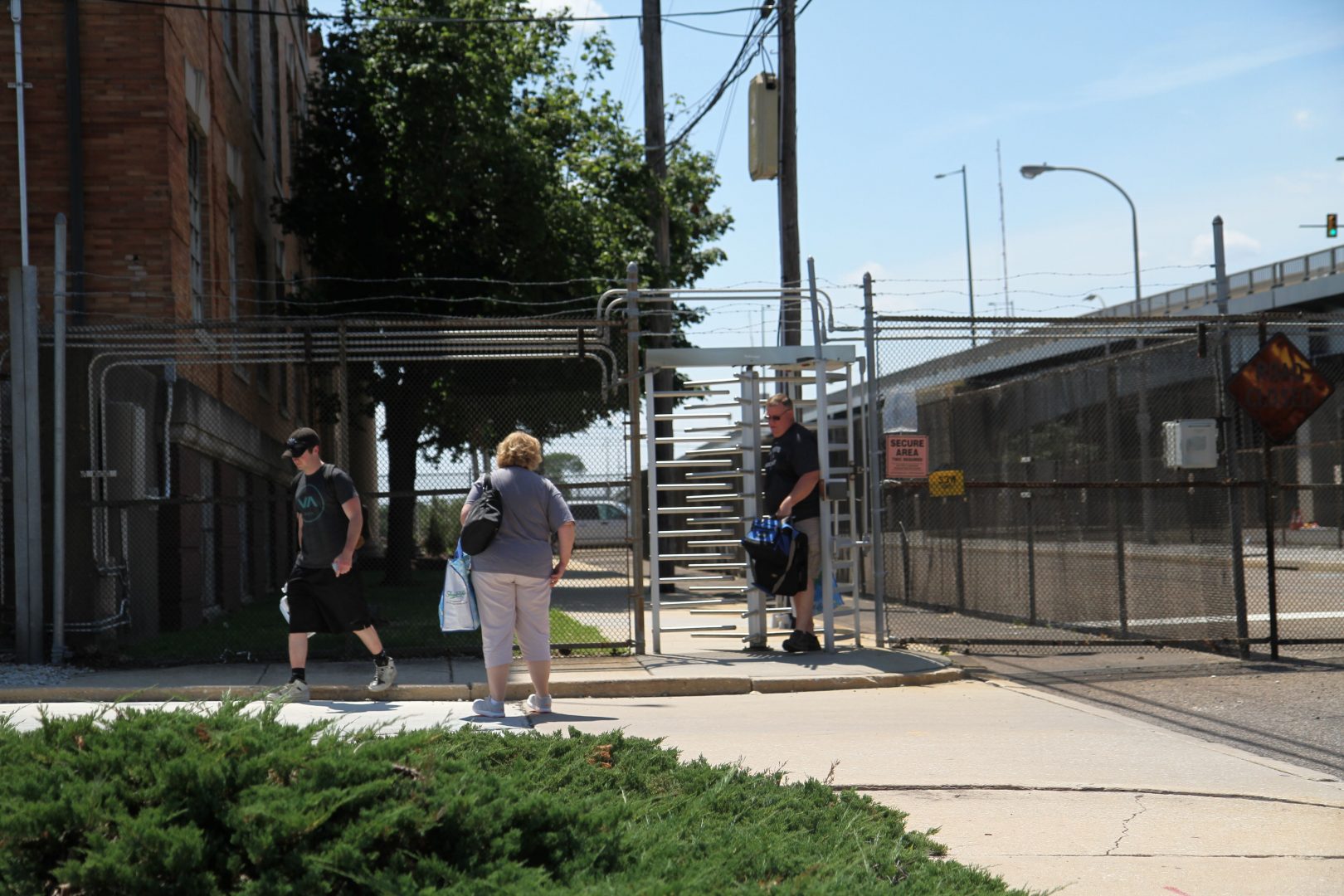 A federal lawsuit has been filed on behalf of workers recently laid off from their jobs at the Philadelphia Energy Solutions refinery in south Philadelphia following an explosion and fire that destroyed part of the plant last Friday.

The suit claims that on Wednesday, the company brought about 1,000 workers, including 614 union members, to a room and told them the layoffs would be effective Monday, with no severance pay.

The lawsuit accuses the company of violating the federal WARN Act, which requires employers of more than 100 workers give 60 days notice of massive job loss, or provide severance pay.

The lawsuit, filed today in Eastern District Court in Philadelphia, says the company’s actions deprived “workers and their families some transition time to adjust to the prospective loss of employment, to seek and obtain alternative jobs and, if necessary, to enter skill training or retraining that will allow these workers to successfully compete in the job market.”

The lawsuit was brought by Nathan Rutkowski of Westmont, N.J. and Martin Harper of Media, Pa. Rutkowski worked at the plant for 6 1/2 years, while Harper has been employed by the plant for seven.

Mike Dunn, a spokesperson for Mayor Jim Kenney, said PES notified Kenney it planned to lay off workers. But he declined to say whether that notification was “legally sufficient.”

The law allows for some exceptions, including unforeseeable circumstances.

The lawsuit says that In a letter issued to employees on Wednesday, PES senior vice president William Goodhart explained the exception to the WARN Act.

“Unfortunately, it was not feasible for PES to provide earlier notice because the business circumstances that followed the fire and explosion were not reasonably foreseeable.”

But the lawsuit claims PES should not be exempt.

“PES is or was in the business of being entrusted with highly volatile and flammable chemicals. For this reason alone, it was foreseeable to the company that an explosion like the one that occurred on June 21 could reasonably occur at its South Philadelphia refinery.”

The suit lists fires and accidents that occured at the plant dating back to the 1930’s. It also references a report by Penn’s Kleinman Center for Energy Policy published in September 2018 that predicted the demise of the plant.

Attorney Ben Johns of Chimicles Schwartz Kriner & Donaldson-Smith, who represents the workers, says in this case, the financial health of the company, including last year’s bankruptcy, precludes it from claiming an exemption to the WARN Act.

“We detailed a number of different explosions, fires, and similar situations here that led up to this,” Johns said.

“There’s a lot of anecdotal evidence out there that they may not have been putting as much of their resources into things that would have prevented something like this happening as one might expect.”

The lawsuit is a proposed class action, which would need approval by the courts to grant a class certification that would allow all employees to be included in the lawsuit.

“This has been devastating to a lot of families and there’s no guarantee that we will prevail,” Johns said. “But we really think we are in the right here. And we look forward to doing what we can to bring justice to these folks.”

Credit Suisse Asset Management and Bardin Hill are controlling members of the company, while the former owners Carlyle Group and Sunoco Logistics (now a subsidiary of Energy Transfer) have a minority stake in the company.

US Steel, Allegheny County have a draft agreement on pollution violations