A fire burns at the Philadelphia Energy Solutions refinery hours after a series of early morning explosions at the 150-year-old industrial complex at 3100 W. Passyunk Ave. on June 21. 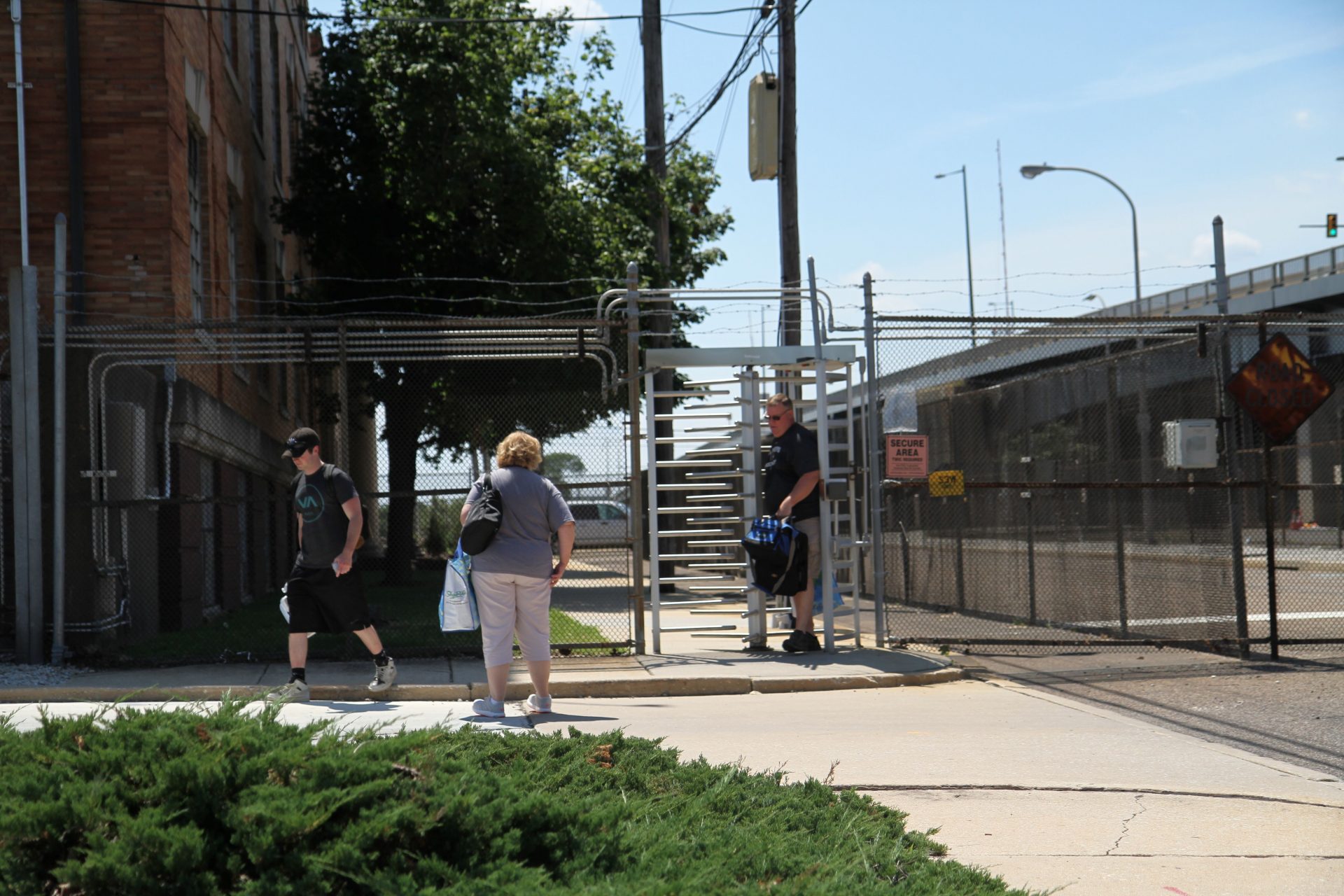 Philadelphia Energy Solutions CEO Mark Smith said Friday’s fire at the company’s South Philly refinery “made it impossible” to keep the plant open, so it will be permanently shut down next month.

The 1,300-acre refinery produced a little more than one-quarter of the gasoline used on the East Coast and employed roughly 1,000 workers. But the plant was Philadelphia’s largest polluter, looming over a neighborhood that had among the highest asthma hospitalization rates in the city.

After Friday’s explosion and fire released clouds of black smoke and fumes across the city, officials said public health wasn’t threatened. But nearby residents expressed increased concern about the plant’s emissions, and on Tuesday, about 40 people attended a rally and demanded that the plant close.

On Wednesday, they got their wish.

Smith said in a statement it was a difficult decision to make, but gave few details about the closure.

“While our teams include some of the most talented people in the industry, the recent fire at the refinery complex has made it impossible for us to continue operations,” he said. “We are grateful that the fire resulted in only a few minor injuries. I want to thank our employees for their hard work and dedication and to thank the Philadelphia community for their support.”

Philadelphia Mayor Jim Kenney said the city pledged to support the roughly 1,000 workers at the plant and other businesses that will be affected. A union leader called the layoffs a “disgrace.”

United Steelworkers Local 10-1 president Ryan O’Callaghan told StateImpact Pennsylvania he had no word from the company on the closures, and learned of it through a report by the news agency Reuters.

O’Callaghan, who represents about 700 workers at the plant, said workers had risked their lives to prevent impacts on the surrounding neighborhoods.

“And this is what they get for it?” he said. “They have insurance on that unit, and they’re going to take that money and run.” 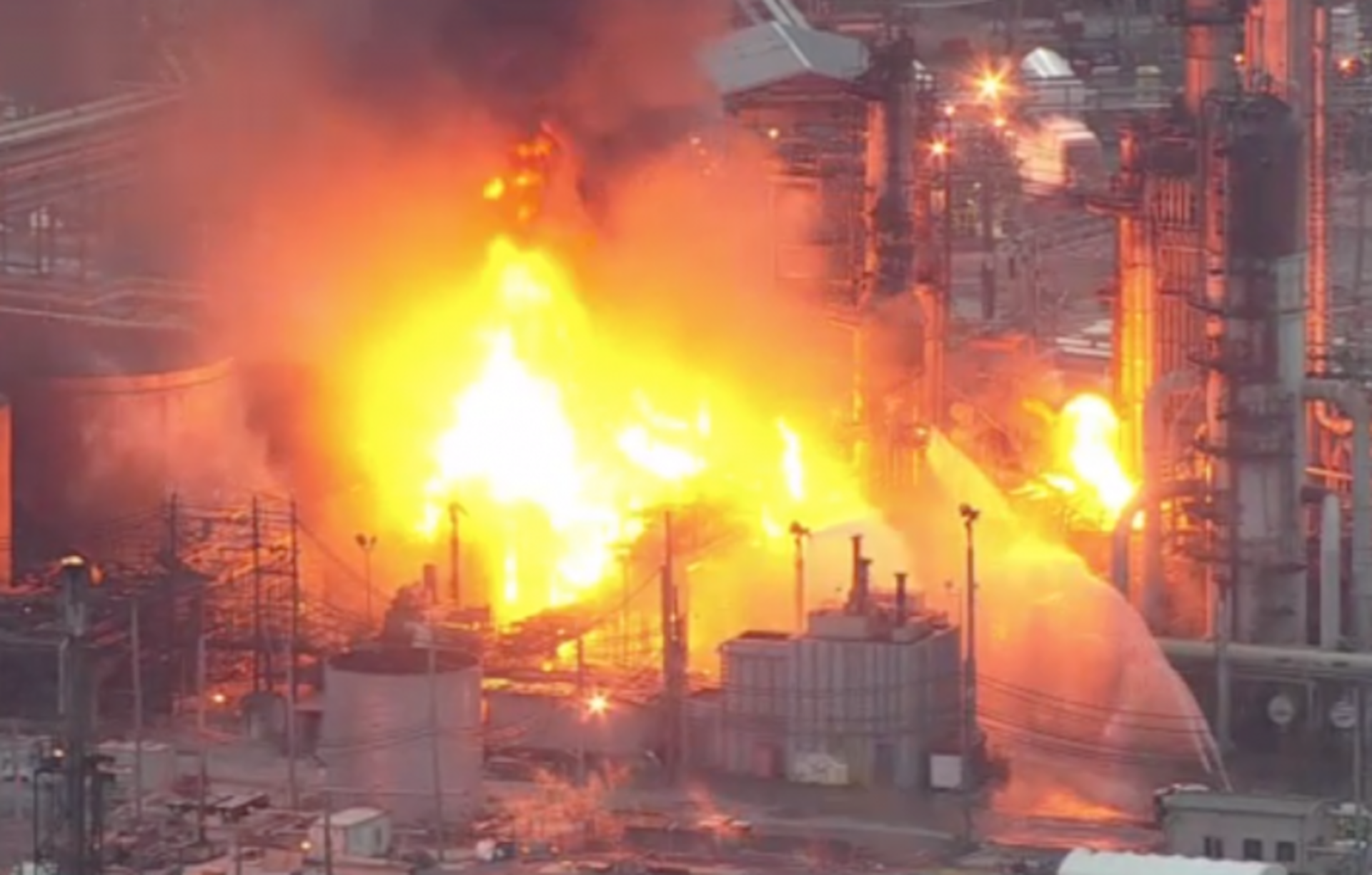 Smith said as the company winds down operations, it will prepare the complex for sale.

Philadelphia Energy Solutions is one of the oldest refineries in the country and has struggled financially even before Friday’s explosion. It emerged from bankruptcy last year.

Kenney said the company didn’t have the money to repair the plant. He said it’s unclear what will happen at the site. Tom Kloza, an analyst for Oil Price Information Service, said when refineries shut down, they are typically repurposed as storage facilities. A portion of the 1,300-acre PES site currently includes a tank farm.

“This obviously was a tragedy we didn’t expect to happen,” Kenney said. “I guess they don’t have the financial wherewithal to rebuild. We have to figure out what the next steps are. I don’t know what they are….I have no idea at this moment” what will be on the site.

Analysts expressed surprise that the entire refinery will be shuttered.

PES includes two separate refineries — Girard Point and Point Breeze, which Sunoco merged into one refinery in 1995. The fire took out the Girard Point facility but the Point Breeze part of the plant has continued to operate since the explosion.

Together, the two facilities had the combined capacity to process 335,000 barrels of crude oil a day.

AAA Mid Atlantic said drivers should expect to see “modest increases” in the price of gas as demand rises leading up to the Fourth of July holiday.

The explosion of liquefied petroleum gas at the refinery early Friday morning sent a fireball into the air and black smoke billowing across the region. The fire took a day and a half to extinguish and destroyed the alkylation unit that turned crude oil into gasoline. Four employees were injured.

The Chemical Safety and Hazard Investigation Board is investigating and will produce a report on what happened. Although it could be 18 months before a report issued, some information could be released earlier, said Kristen Kulinowski, interim executive authority of the independent agency.

She said the investigation will include recommendations to prevent future incidents. It will also look at whether the dangerous chemical hydrogen fluoride could have been released.

Since the fire, city officials said they have been testing the air and had not found anything to indicate a public health threat as a result of the fire.

The refinery is Philadelphia’s single largest stationary source of particulate pollution, according to city data. Particulate matter includes a mix of tiny particles that can damage lungs and cause respiratory diseases.

Matt Walker, community outreach director for the Clean Air Council, cited the refinery’s pollution history. In the previous three years, the site has been cited for Clean Air Act violations in nine of 12 quarters. It has not been in compliance with the Clean Water Act for any of the past 12 quarters.

“And so to hear news that it may be closing will be a win for public health and the environment, and also for climate, because it emitted a lot of the city’s greenhouse gases as well,” he said.

PennEnvironment released a statement urging Philadelphia to move on from fossil fuels.

“Closing the plant is certainly the right step,” the statement reads in part. “We understand that there are hard decisions to make and that the loss of jobs will be difficult. But it’s time to start the transition process and move Philadelphia to a clean energy future, while ensuring that the workers displaced by this closure are properly compensated and protected. The local community should also be given the opportunity to provide input on the future of the site.”

Kenney said city and “quasi-govermental organizations” will begin discussing the economic and employment impacts of the closure, and what the city can do to help.

“We are also retooling the plans of the working group led by the City’s Managing Director and Fire Commissioner to focus efforts on determining the future of the refinery, assisting PES to transition the site safely, communicating with local residents, and supporting the employees impacted PES’ decision,” Kenney said.