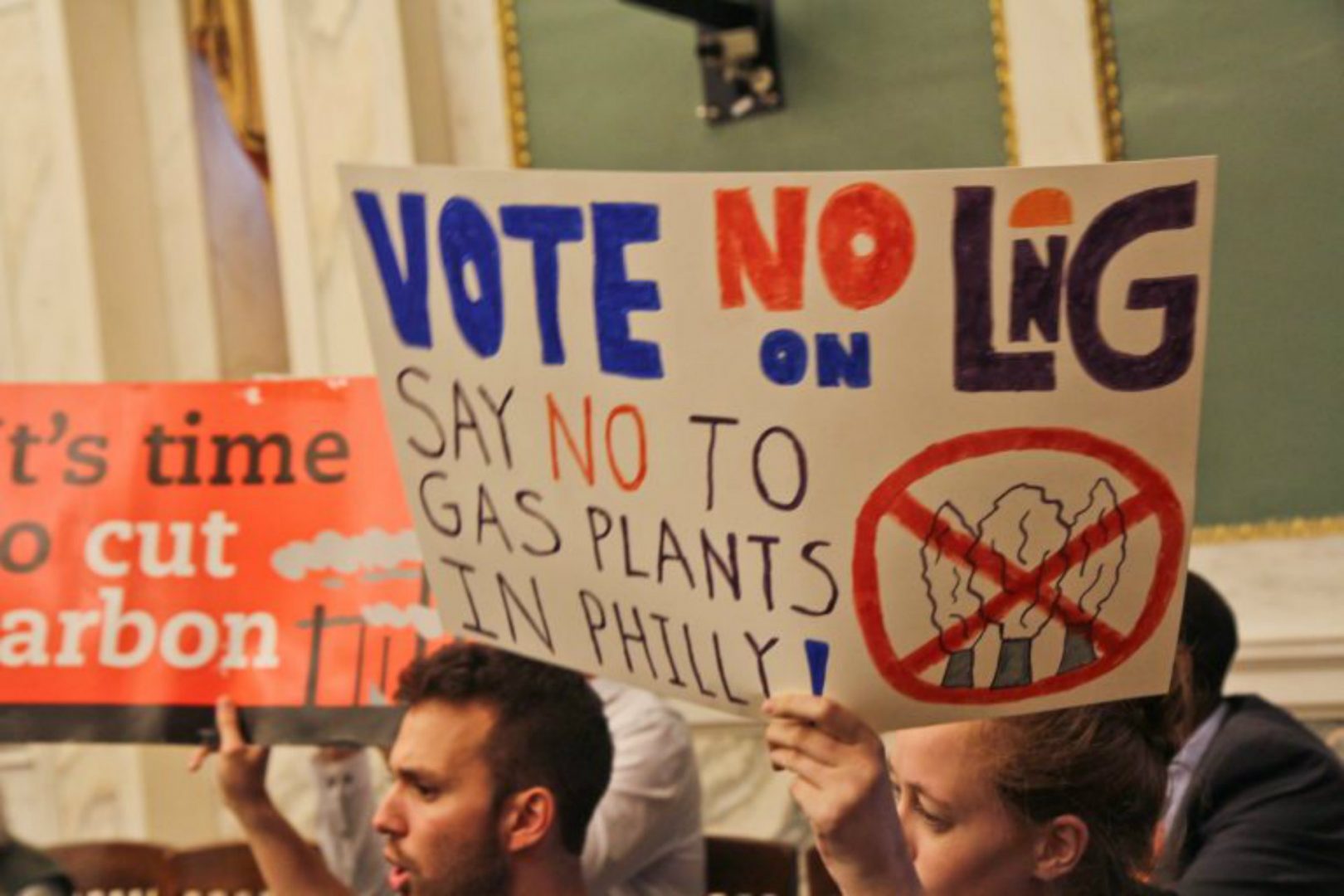 In a 13-4 vote, Philadelphia City Council approved a plan to build a $60 million liquified natural gas facility in Southwest Philadelphia.

Passyunk Energy Center will be a public-private partnership between city-owned Philadelphia Gas Works and Conshohocken-based Liberty Energy Trust. PGW will approve design plans and run the facility, but Liberty Energy Trust will finance the construction.

The plan is projected to bring in anywhere from $1.35 million to $4 million in revenue for PGW each year.

City Councilman and Gas Commission Chair Derek Green said that extra revenue will prevent the utility from having to raise rates on customers. 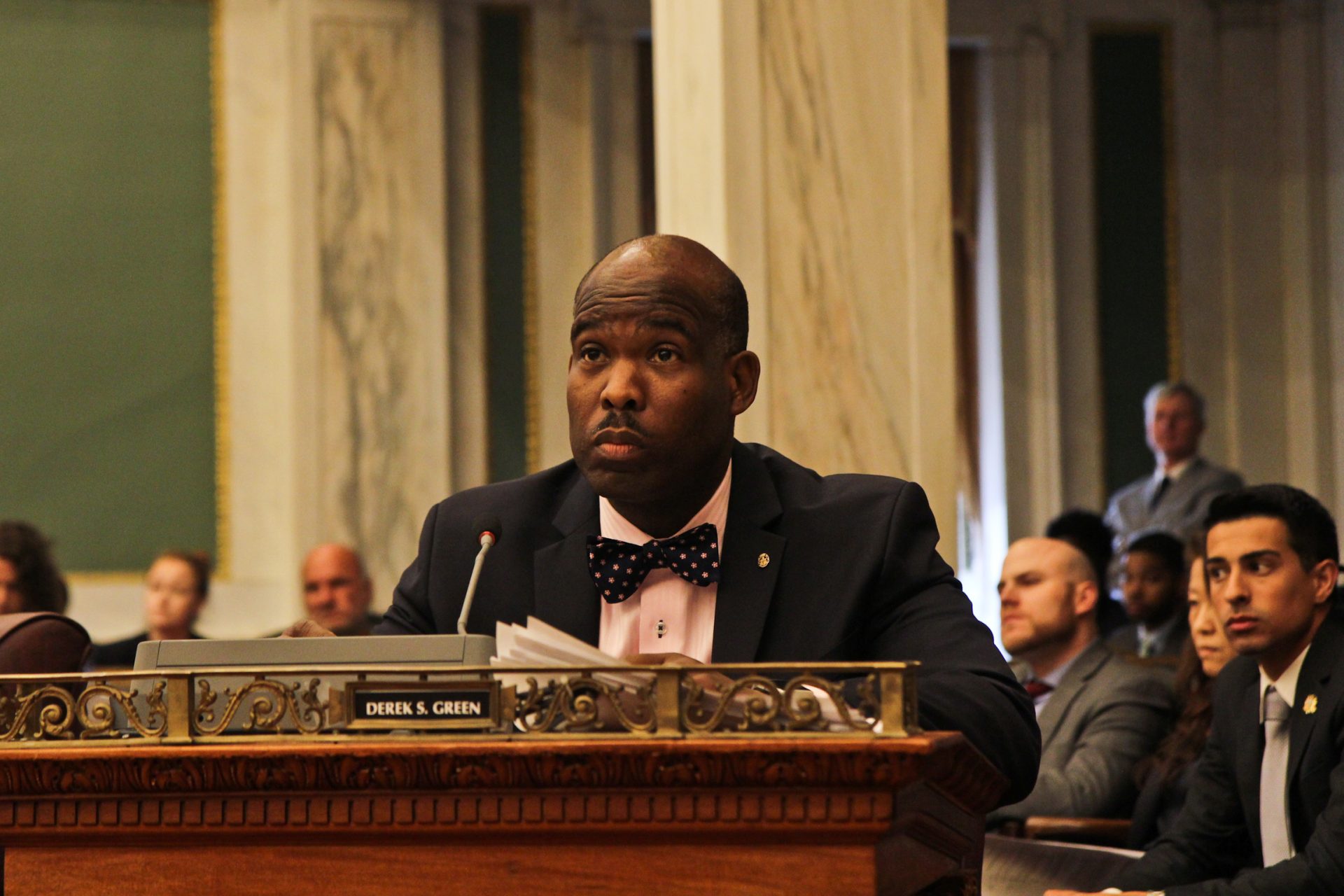 “This gives us an opportunity to bring in revenue that’s not tied to ratepayers that allows us to do some additional creative ideas,” Green said.

The plan, first proposed last September, has drawn protests from environmentalists, who argue that it further tethers the city to fossil fuels, flying in the face of the city’s plan to reduce its emissions by 80 percent by 2050.

Councilwoman Helen Gym, one of the four “no” votes, echoed that sentiment, saying the project was the wrong direction for the city.

“I think it’s clear the city needs to move away from fossil fuels,” Gym said, adding that council should be devoting its time to developing clean energy solutions. “We need to move, and we need to move quickly.”

LNG is produced by cooling methane gas to -260 degrees Fahrenheit, at which point it becomes a liquid, which is easier to store and transport than gas. The plant would be capable of producing 120,000 gallons of LNG a day, the bulk of which would be sold as a backup to diesel fuel, which is more polluting than LNG.

PGW currently liquifies natural gas at its Port Richmond plant and transports it to Passyunk for storage. The new plant will allow for everything to be done at the Passyunk plant, eliminating the need for transporting LNG from one plant to another.

A study by PGW has shown that the project, while relying on a fossil fuel, will reduce carbon emissions and could also reduce particulate matter, nitrogen oxides, and sulphur oxides. Green called the project a bridge that will help the city diversify its energy portfolio.

“We’ve got to balance how we move forward regarding climate change, at the same point bringing in revenue for the city of Philadelphia, and PGW,” Green said.

To that end, he said Mayor Jim Kenney will ask the Wolf administration for funding to add solar panels to the Passyunk Energy Center to minimize its carbon footprint.

“This will be the largest municipal solar project in the city of Philadelphia if it gets approved,” Green said, “and I think it would be a benefit for the city, as well as a benefit for this project to make sure we have net zero emissions at the Passyunk LNG facility.”

Labor groups have applauded the project, calling it a “win-win” for the city.

“We’re able to export a much-needed product and in return raise revenue for infrastructure repair and for the maintenance of PGW, our asset,” said Danny Bauder, campaign manager of the Philadelphia AFL-CIO.

But South Philadelphia resident Mark Quincy said his neighborhood, which is also home to a major oil refinery, neither needs nor wants another fuel plant.

“South Philly has been forced to shoulder the burden of fossil fuel infrastructure in this city, and we’re getting the short end of the stick,” Quincy said. “We shouldn’t have to take on the impacts of another facility.”

In West Virginia, fracking companies lost on trespassing, but a court just gave them a different win