In this 2015 file photo, people demonstrate against fracking at Gov. Tom Wolf's inauguration. Eight people were arrested, but charges were later dismissed.

Investigators will be assessing intent or state of mind, a former federal prosecutor said 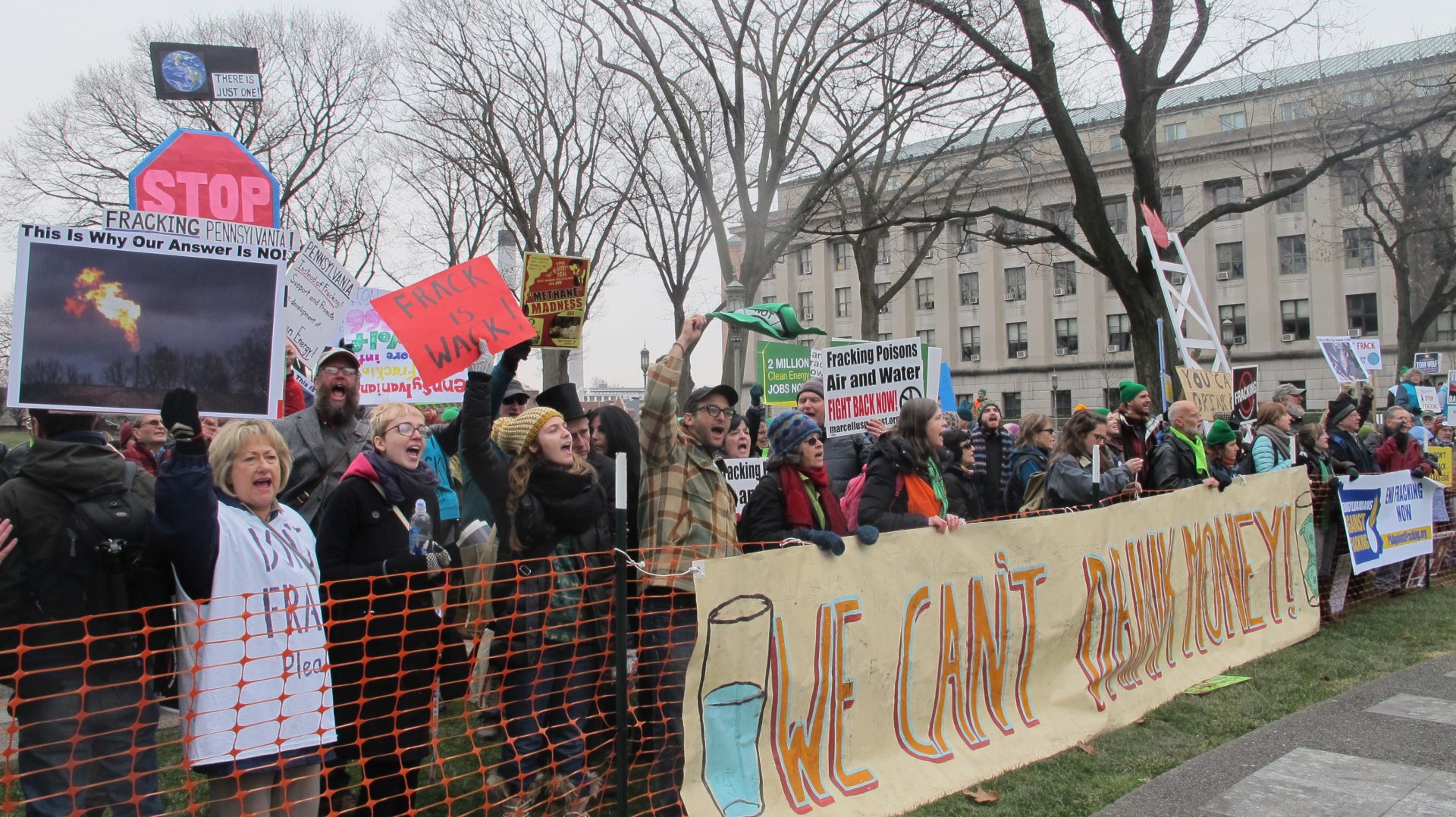 In this 2015 file photo, people demonstrate against fracking at Gov. Tom Wolf's inauguration. Eight people were arrested, but charges were later dismissed.

Updated, Nov. 22: The Pittsburgh Post-Gazette reports that Scott Perry, who heads the state’s office of oil and gas, testified at an investigative grand jury hearing in Pittsburgh Nov 14. Attorney General Josh Shapiro has convened the grand jury to look at environmental crime related to oil and gas. Officials with the DEP and the Attorney General declined comment. The DEP told the Post-Gazette that it has hired four criminal defense firms to represent the department and its employees.

Reported originally: When he ran for attorney general in 2016, Josh Shapiro promised to prosecute the state’s fracking industry. In a campaign ad, he said regulators in Pennsylvania were being too soft on polluters.

“All they’ve ever gotten is a slap on the wrist. It’s time for that to change,” Shapiro promised. “I’ll hold the oil and gas companies criminally liable for poisoning our air and our drinking water.”

Shapiro appears to be living up to his campaign promise. He’s summoned witnesses before an investigative grand jury in Pittsburgh to look into possible “environmental crimes” related to oil and gas activities. Close to Philadelphia, he’s helping Delaware County prosecutors investigate the troubled Mariner East pipeline project, which has caused sinkholes, contaminated well water, and leaked gasoline into waterways.

And Shapiro isn’t the only prosecutor in the state looking into the oil and gas business.

Chester County District Attorney Tom Hogan has launched a grand jury investigation of his own on the Mariner East.

“Somebody’s got to step in,” he said in January. “Our citizens are very concerned. As soon as our prosecutors and investigators started digging into this, they said, yes, there are significant problems. Yes, some of them could fall into criminal charges.”

A spokeswoman for Energy Transfer — the company behind the Mariner East, declined to be interviewed. But in a statement, she said there was no “legitimate basis” for an investigation and that the company would “aggressively” defend itself.

After years of complaints from residents living near fracking sites, pipelines and other oil and gas infrastructure, prosecutors are looking into whether any actions taken during the state’s fracking boom crossed the line of criminality.

This wouldn’t be the first time the AG’s office has pursued charges against the oil and gas industry. In 2013, it charged XTO, an ExxonMobil subsidiary, with violating state laws for a spill of fracking wastewater in Lycoming County. In 2011, the state charged a Greene County man with illegally dumping oil and gas waste water throughout Southwestern Pennsylvania.

Legal experts say it’s too early to say what will happen with these investigations, but they can end in penalties like fines for companies, or probation and even jail time for individuals.

Typically, these prosecutions involve proving the intent or the mental state of an individual or corporation, says David Uhlmann, a former environmental crimes prosecutor for the U.S. Department of Justice. Uhlmann, who’s now a law professor at Michigan, says companies can’t plead ignorance of the laws they’re accused of breaking.

“Ignorance of the law generally is not a defense in the United States and it’s not the case that companies can say ‘Oh well. I had no idea that the law applied to my conduct,’ or, ‘I didn’t realize what the law required,’” he said.

Prosecutors have a high bar to clear — proving a case beyond a reasonable doubt. But they also have tools that other government agencies don’t, says Mark Freed, a former prosecutor in the Pennsylvania Attorney General’s office who’s now in private practice.

Chief among them is the ability to convene a grand jury.

“They have the power to subpoena, so they are very useful in conducting investigations, gathering the evidence that’s needed then for the prosecuting agency to decide they have enough information to make a charge,” Freed said.

Shapiro and his deputies have used that power to talk with Stephanie Hallowich, a western Pennsylvania woman who testified before the grand jury in Pittsburgh in February. Hallowich, at one time an outspoken critic of fracking, has not talked publicly about her case since signing a settlement with Range Resources in 2012. 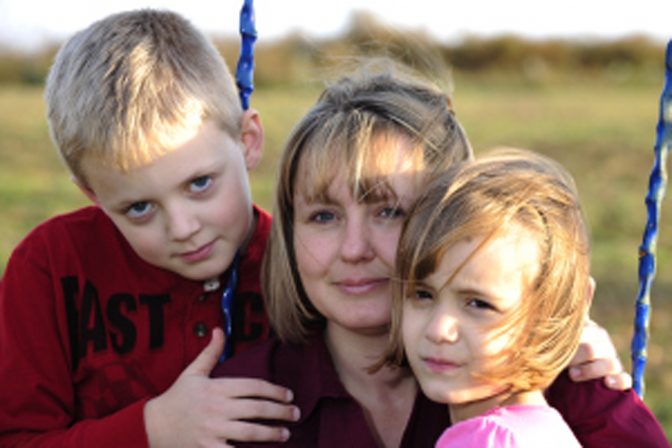 So is Range a target of Shapiro’s?

The attorney general’s office won’t even confirm there is an investigation, let alone discuss details of the case, though Shapiro has acknowledged (on Twitter) accepting a referral from Delaware County District Attorney Katayoun Copeland to investigate the Mariner East pipeline project.

Can a regulator be an investigative target?

Before Hallowich’s lawsuit was settled, it named the Department of Environmental Protection as a defendant. In other high-profile contamination cases, public agencies tasked with safeguarding water supplies have become targets for prosecution.

In Michigan, the state attorney general has charged 15 officials for their roles in the Flint Water crisis, and three have pleaded guilty. Shapiro himself charged Pittsburgh Water and Sewer Authority with more than 150 counts related to lead in Pittsburgh’s drinking water.

So far, there’s been no indication that Shapiro is investigating DEP’s role in regulating oil and gas companies.

“I can’t imagine a scenario where the attorney general’s office could investigate the DEP for failing to do its job,” Carusone said.

He says that typically, environmental crimes are reserved for individuals or companies — not government agencies.

“You could have a scenario where a state employee is charged with conspiring with a business entity or other individuals outside of the agency to violate the law.”

Uhlmann, the former Department of Justice lawyer, says prosecutors can only enforce laws already on the books. Criminal investigations, he said, are no substitute for regulation of industry by legislatures and state agencies.

“You can’t go in through the back door and sort of regulate through litigation conduct that you haven’t regulated at the front end,” Uhlmann said.

Most agree on one possible outcome of the investigations: Prosecutors could go through all this and decide they don’t have enough evidence to bring charges. Grand juries in Pennsylvania can last up to 24 months. When they’re done, they can release their findings in a report.