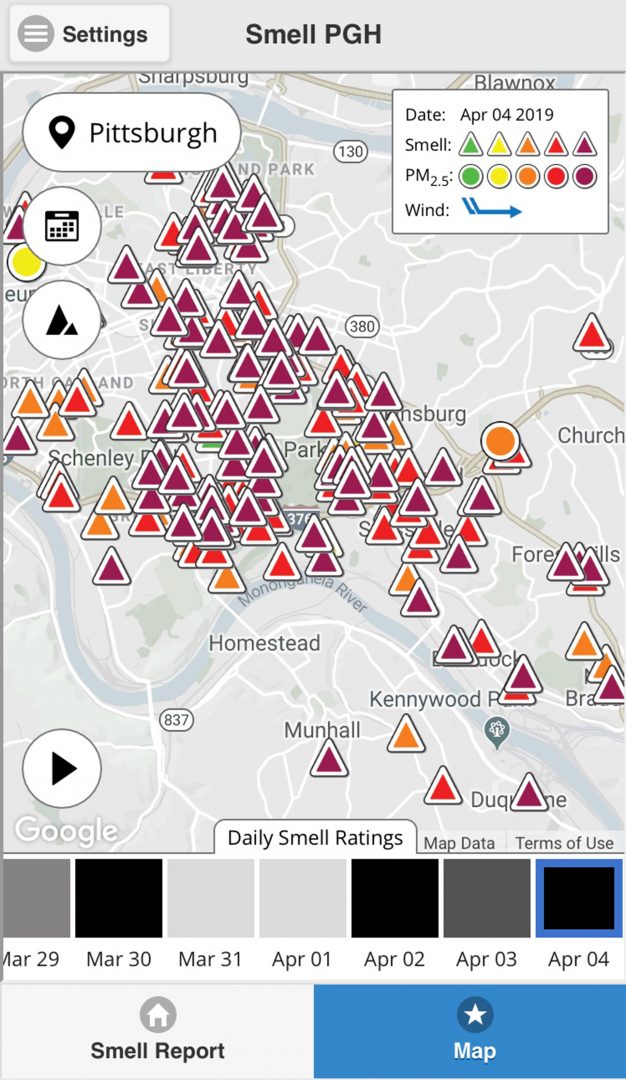 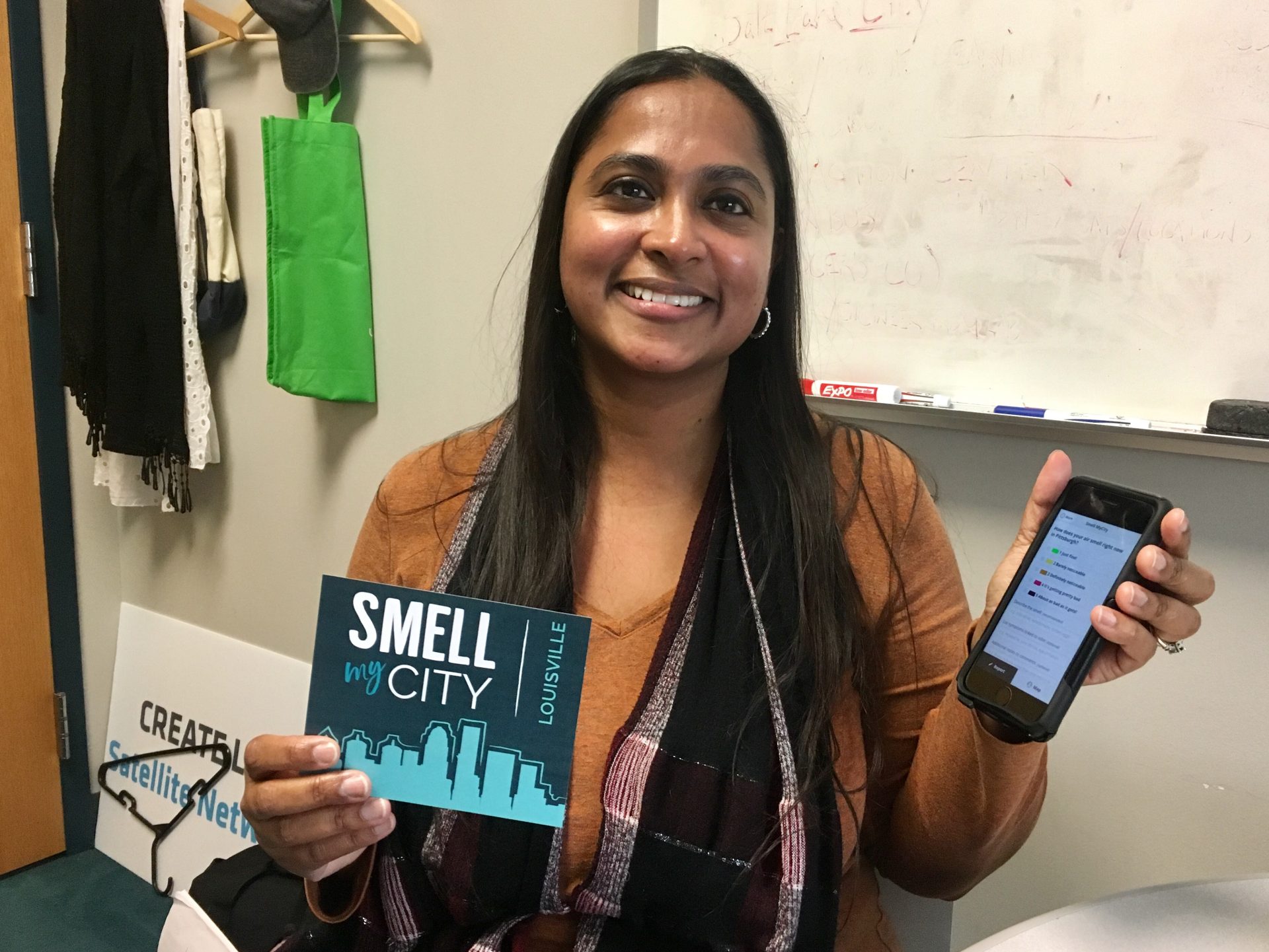 Beatrice Dias with Carnegie Mellon University’s CREATE Lab is working with partners in Louisville, Kentucky to build a base of users for Smell MyCity.

Some Allegheny County residents use a smartphone app to report foul smells in their communities, and a new version of that app is now available to the rest of the country.

For three years, people in the Pittsburgh area have documented their experiences with odors with just a few taps of a finger via Smell PGH. 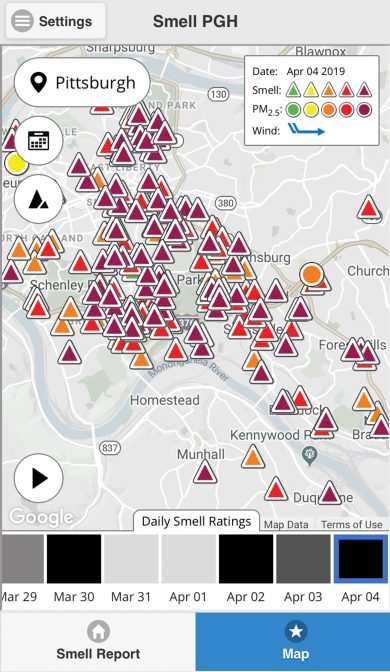 The app also allows users to view a map showing where others have made reports.

“We wanted to build a sense of community,” said Beatrice Dias, project director at Carnegie Mellon University’s CREATE Lab, which built the app in collaboration with local groups concerned about air quality. “You’re not alone in your experiences with pollution; all your neighbors are experiencing the same thing. That validation and that power of a community voice was important.”

Since 2016, the app has sent more than 20,000 reports to the Allegheny County Health Department, which analyzes them to identify trends.

Now, the lab is rolling out a new version of the app called Smell MyCity for people across the country, with support from the green cleaning products company Seventh Generation.

Anyone in the United States can use the app, but CMU is customizing some features for certain cities. The developers are working first with partners in Louisville, Ky. to build a base of users.

Data from the app is available for anyone to download, and some groups already plan to use it.

“I really do hope that helps residents see that there’s somebody that actually does care about the thing they’re afraid of,” he said. “They’re afraid, potentially, that there’s a toxic emission that could be bad for their health.”

Odors in Louisville tend to come from the area’s rubber industry, coal power plants and a slaughterhouse, he said.

Like in Allegheny County, residents of Louisville can already go online to report bad odors to a local agency responsible for regulating air pollution, but they cannot see the breadth of reports across the community or easily find out what action, if any, officials take in response.

The community is cognizant of pollution problems. Smith said more than 1,000 people took part in a recent study where they carried GPS-enabled inhalers to use during asthma attacks.

“It was a tremendous project that showed us that air pollution was the single biggest predictor of asthma exacerbations,” Smith said.

Before CMU launched the Smell MyCity app, Smith’s high school son used code available online from Smell PGH to build a similar version for Louisville. He later did an internship with the CREATE Lab to help develop the national version.

Dias said the lab is also working with partners in Portland, Ore. and will likely promote the app there next.