FILE - In this May 22, 2017 file photo shown is the Three Mile Island nuclear power plant in Middletown, Pa. With nuclear power plant owners seeking a rescue in Pennsylvania, a number of state lawmakers are signaling that they are willing to help, with conditions. Giving nuclear power plants what opponents call a bailout could mean a politically risky vote to hike electric bills. (AP Photo/Matt Rourke, File) 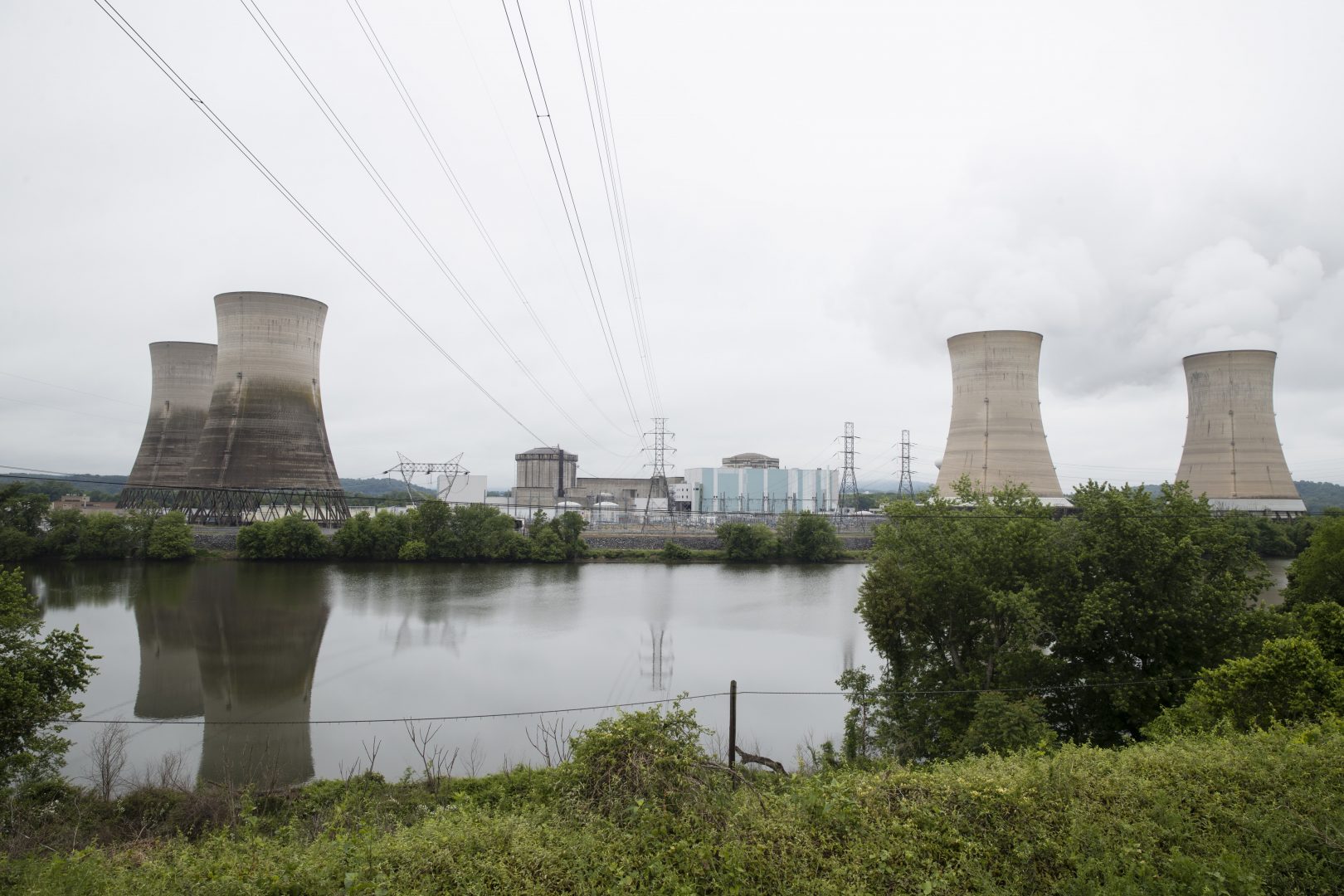 FILE - In this May 22, 2017 file photo shown is the Three Mile Island nuclear power plant in Middletown, Pa. With nuclear power plant owners seeking a rescue in Pennsylvania, a number of state lawmakers are signaling that they are willing to help, with conditions. Giving nuclear power plants what opponents call a bailout could mean a politically risky vote to hike electric bills. (AP Photo/Matt Rourke, File)

Members of a state House committee heard a litany of arguments for and against a bill that would provide a $500 million annual subsidy to try to keep two of Pennsylvania’s five nuclear power plants from closing early.

Monday was the first public hearing on HB 11, which was introduced last month and quickly condemned by a broad range of groups including consumer advocates, electric utilities, manufacturers, environmental organizations, and the natural gas industry. A companion bill was introduced last week in the state Senate.

The bills recognize nuclear plants as sources of carbon-free electricity and create new requirements about how electric utilities are to purchase power. They add nuclear energy to Pennsylvania’s Alternative Energy Portfolio Standard — a 2004 law mandating utilities buy power from certain clean and alternative energy sources, like wind and solar.

Both bills are designed to prevent the closure of Exelon’s Three Mile Island plant outside Harrisburg, and FirstEnergy’s Beaver Valley plant near Pittsburgh. They are slated for retirement within the next few years, as the nuclear industry has struggled amid flatlining demand for electricity, high operating costs, and competition from natural gas and renewables. 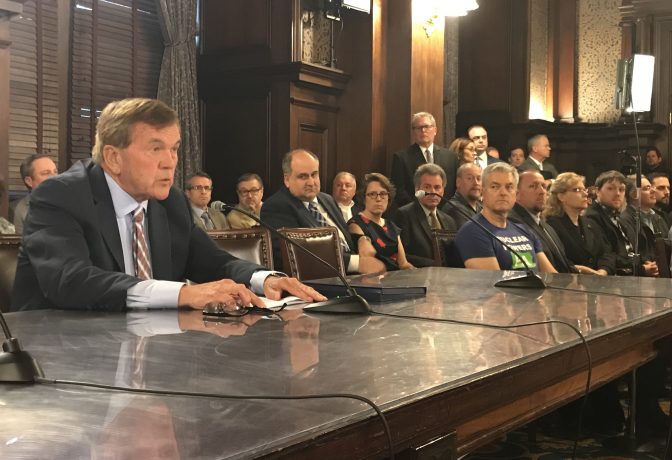 Former governor and Department of Homeland Security Secretary, Tom Ridge, was the first to speak in favor of HB 11, arguing nuclear plants are important to Pennsylvania’s economy and U.S. national security.

“Pennsylvania’s historical leadership with nuclear energy is at risk,” Ridge told the House Consumer Affairs committee. “This [bill] will save jobs, keep America secure, and retain a critical asset to our energy infrastructure.”

Ridge had to be asked twice by legislators before disclosing his consulting firm, Ridge Global, counts FirstEnergy among its clients. He also noted he was a former board member at Exelon, but said his support for nuclear power formed long before he had any financial stake in it.

The nuclear industry argues the current design of the power market is flawed, because it’s focused on delivering the cheapest megawatt-hour of electricity in the immediate future and fails to consider the valuable long-term assets nuclear brings to the table — like carbon-free electricity, fuel-supply diversity, and reliability.

Debra Raggio, senior vice president for regulatory and external affairs at Talen Energy, which owns the Susquehanna nuclear power station in Luzerne County, told legislators their plant is making money and not scheduled for a shutdown, but it may be headed that direction.

“This legislation is putting us on a level playing field with what other zero-carbon producers are getting,” Raggio said. “It is legislation based on paying for an attribute. We would not have supported this legislation if it were a ‘bailout.’”

Opponents of the bill were quick to point out that all of Pennsylvania’s nuclear plants, except Three Mile Island, are profitable, and argue the nuclear industry is trying to paint a more dire picture in order to boost its bottom line. The natural gas industry stands to gain if nuclear plant retirements continue. It’s largely expected to fill the void in electric power generation.

“It’s our view there’s not the crisis that’s being portrayed,” said Todd Snitchler, vice president of market development of the American Petroleum Institute. “You have profitable plants that are projected to be profitable for the near-term.”

Consumer advocates also have concerns about HB 11. Desiree Hung, advocacy director for AARP Pennsylvania, said the state’s Alternative Energy Portfolio Standard passed in 2004 to give a boost to new and innovative renewable energy, “not bail out last century’s nuclear reactors that can’t compete any more in the electricity marketplace,” she told the committee. “AARP is not opposed to nuclear power, however we strongly oppose the imposition of a new surcharge on the backs of all Pennsylvania consumers and businesses that will increase their monthly bills.”

The prime sponsor of HB 11, Rep. Thomas Meffahie, said his bill will cost the typical residential customer an extra $1.77 per month.

Environmental groups were not represented at the House hearing Monday, but several have spoken out against HB 11 and its companion Senate bill for being too focused on nuclear energy and not doing enough to transition the state toward a cleaner energy future.

The future of both bills remains uncertain. Proponents hope to get legislation passed to aid the state’s nuclear plants by June. In recent years, other states, including New York, Illinois, New Jersey and Connecticut, have given billions of dollars in subsidies to keep their nuclear plants online.