In this 2014 photo, vehicles pass through a flooded section of eastbound Interstate 76 near the Gladwyne exit. Climate scientists say the Pennsylvania can expect more precipitation as global warming continues. 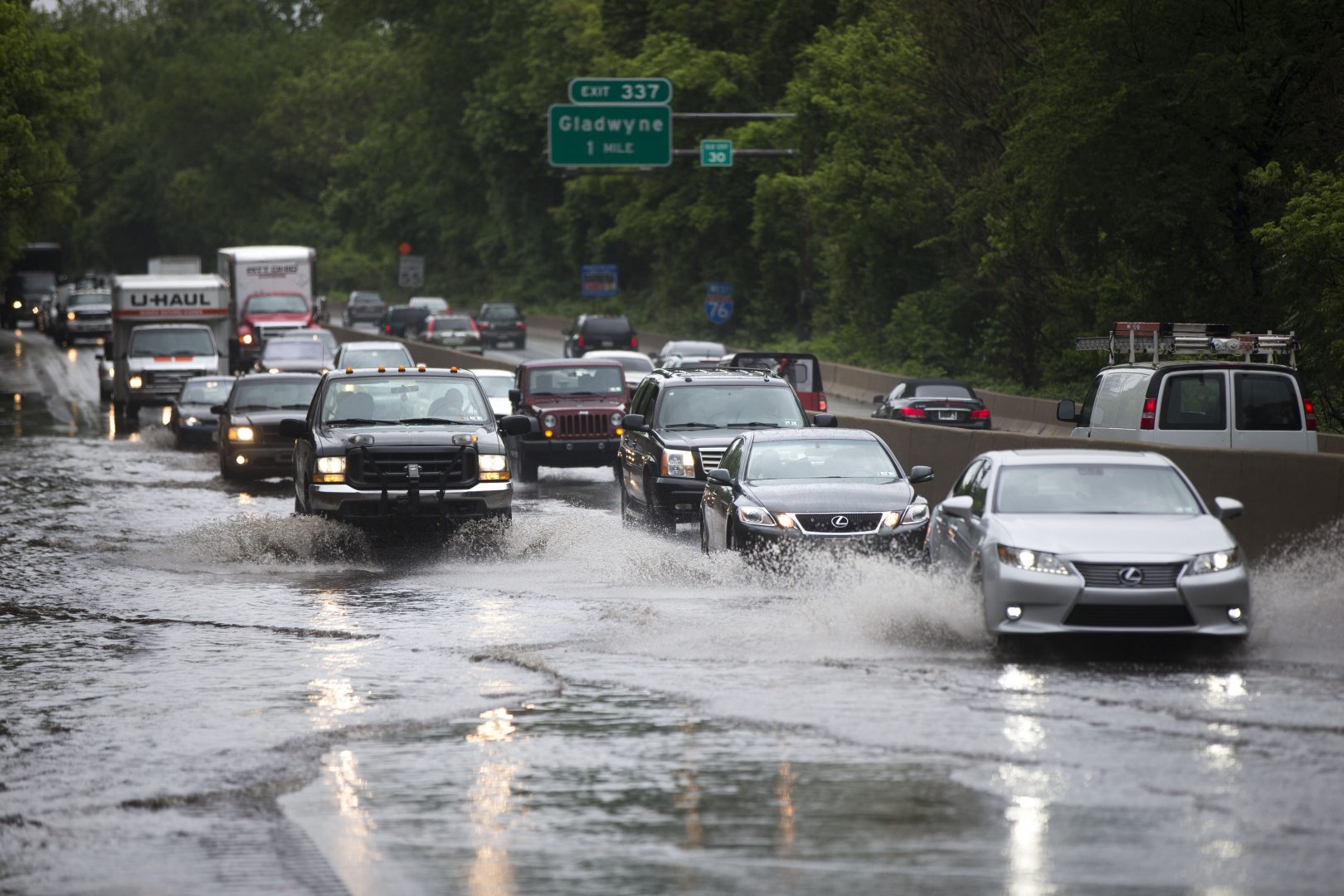 In this 2014 photo, vehicles pass through a flooded section of eastbound Interstate 76 near the Gladwyne exit. Climate scientists say the Pennsylvania can expect more precipitation as global warming continues.

Pennsylvanians are growing increasingly concerned about climate change and want the state to do more to address it, according to a new poll conducted by Franklin & Marshall College in partnership with PA Post.

The survey found 68 percent of respondents “definitely” or “probably” want the state to do more to address climate change. The same question was asked by F&M pollsters last year. While the overall share of people agreeing with those statements remained steady, this year saw an increase among people who fall into the “definitely” category.

Many people also say that climate change is “causing problems right now,” with a solid majority (67 percent) agreeing to that statement in 2019, compared to 62 percent last year.

“There’s been a slight change — a movement towards more concern,” said Berwood Yost, director of the Center for Opinion Research at Franklin & Marshall College.

Partisan divisions around the issue persist.

“Independents and Democrats overwhelmingly believe climate change is causing problems at the moment,” Yost said. “Republicans are less likely, in this poll, to say that. Although a sizable portion of Republicans do say they’ll be problems — they’ll just come in the future. It isn’t denial. It’s just the timing of when these climate change issues are something we need to confront.”

Only 4 percent of people interviewed said they do not believe climate change is occurring. Among those who accept climate science, 37 percent said they personally have been affected by the changes — a similar result compared to last year.

More than two-thirds of respondents (68 percent) said Pennsylvania should be prioritizing the availability of renewable energy.

A flurry of climate reports came out late last year — from the United Nations and the U.S. government — painting a dire picture of the challenges facing the globe.

The Fourth National Climate Assessment, a congressionally-mandated report, was released by the Trump administration in November and says the Northeastern U.S. is warming faster than any other part of the lower 48 states. Although Pennsylvania has a small share of the global population, it is an energy powerhouse that is both historically — and currently — a major source of harmful emissions. Among states, Pennsylvania is the fourth largest carbon polluter.

A draft update of Pennsylvania’s Climate Action Plan was released in November by the state Department of Environmental Protection. It calls for an 80 percent reduction of greenhouse gas emissions by 2050, from 2005 levels. It outlines 19 strategies for addressing climate change, including promoting clean energy, energy efficiency, monitoring ecosystems vulnerabilities, and providing resources to help farmers and the outdoor tourism industry adapt.

The poll of 540 Pennsylvania registered voters was conducted March 18-24. The margin of error was  +/-5.5 percent. Respondents answered questions either online or by phone, depending on their preference; the sample reflected Pennsylvania demographics for age, gender, education and party registration.