In Andrew Place's analysis, Three Mile Island would close under most scenarios 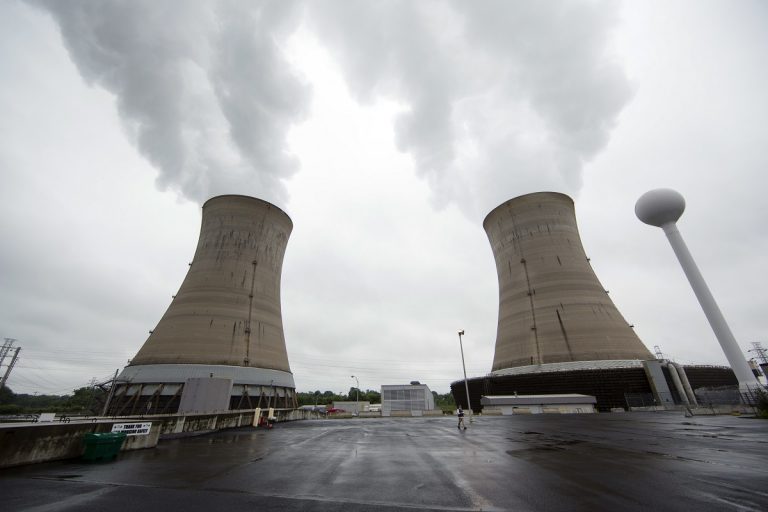 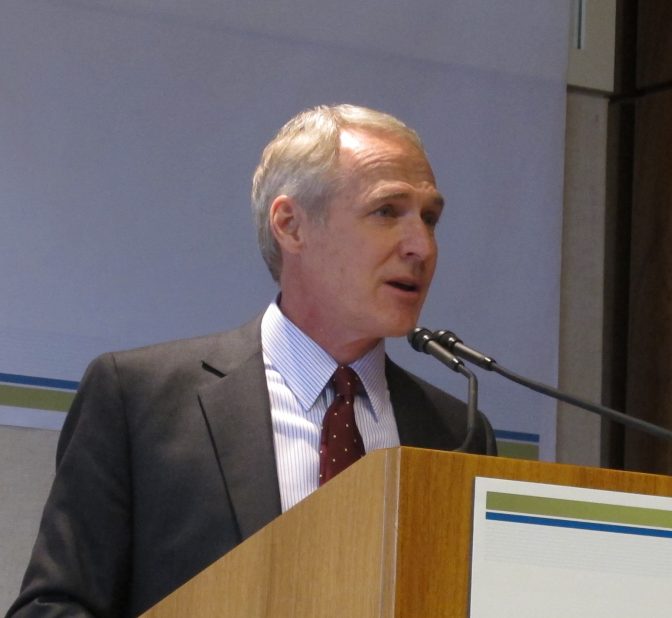 A state utility regulator who could be involved in the implementation of a bailout for Pennsylvania’s nuclear power industry sent a 33-page memo analyzing policy options to legislators who are drafting a bill to rescue two of the state’s five plants.

Pennsylvania Public Utility Commissioner Andrew Place emailed the memo to his fellow commissioners late Wednesday. He also shared it with members of the state’s Nuclear Energy Caucus — a group of legislators drafting the nuclear bailout bill.

Place said no one asked him to provide the analysis, but he felt it was his obligation to speak to issues that impact ratepayers.
“I’ve been chomping at the bit to do this for a long time, and I know there’s draft legislation being circulated,” he said. “The cow’s out of the barn, if we don’t provide perspective before language is submitted.”
Exelon intends to retire its Three Mile Island plant in September, before its operating license expires, unless the state steps in to help. The company has spent more than $2 million lobbying for aid in the past two years. The plant functions with only one reactor, after the other partially melted down in March 1979. The company did not comment for this story.
Sen. Ryan Aument (R- Lancaster) is leading the nuclear legislation effort in the senate. His chief of staff Ryan Boop confirmed Aument received Place’s memo, but said that he did not request it and has not yet had time to review it.

Place does not recommend a specific course of action, but under most of the roughly half-dozen policy scenarios he examines in the memo, Three Mile Island would still shut down.
“Experts agree that single unit reactors such as TMI are uneconomic,” Place wrote. “Industry and plant specific data validate this conclusion.”
FirstEnergy is planning an early retirement for its Beaver Valley plant near Pittsburgh, in 2021. In his analysis, Place raises doubts about whether that really needs to happen. Even if Pennsylvania does nothing to help its nuclear fleet, he wrote, the Beaver Valley plant was “profitable in 2018 and is projected to be profitable in the 2019-2021 period.”
Under the current rate of clean energy development, Place said it could take Pennsylvania more than 12 years to replace the lost carbon-free electricity from Three Mile Island and more than 28 years to replace Beaver Valley.
Eric Epstein, of the nuclear watchdog group Three Mile Island Alert, believes Place is pushing the envelope in his role as a regulator by circulating the memo.
“After reading it, I’d say, ‘Dude, can you put down the nuclear pom poms?'” Epstein said. “I think the role of a PUC commissioner is to be objective, regulate, and balance interests — not to promote the viewpoint of generators. There is no mention of any of the negative impacts nuclear power has on the environment. He’s promoting nuclear as a solution, rather than looking at it holistically.”
Place does not think he’d have to recuse himself from nuclear issues because he wrote the memo.
He did analyze the impacts of replacing nuclear with renewables and energy efficiency. He writes that a 1 percent increase statewide in energy efficiency could make up for the lost emissions reductions from TMI and Beaver Valley in five to 11 years, respectively.
One of the ways to ensure Pennsylvania’s nuclear plants, including TMI, won’t retire early, according to the memo, is to create a new tier for nuclear within the state’s existing Alternative Energy Portfolio Standard (AEPS) — a 2004 law requiring electric companies to purchase part of their power from clean and alternative sources. Yet Place cautions that “without constraints,” such an approach would be “without attributes of a competitive market” and the total cost would “range from $700 million to $1.1 billion per year.”
A Feb. 6 draft of the nuclear bill obtained by StateImpact Pennsylvania would create a new tier within the AEPS to benefit nuclear plants. Legislators are still working on the language, so the specifics could change.
Place said it’s difficult to say which option is best for Pennsylvania. However, he singles out carbon pricing — a way to make polluters pay for their emissions.
“I hope what comes across in the paper is that pricing carbon has got meaningful economic attributes,” Place said. “This much zero-carbon generation is substantial, and it’s of significant public value to not backslide.”
A legislative analysis published in November by the Nuclear Energy Caucus also called carbon pricing the best “long-term” solution.