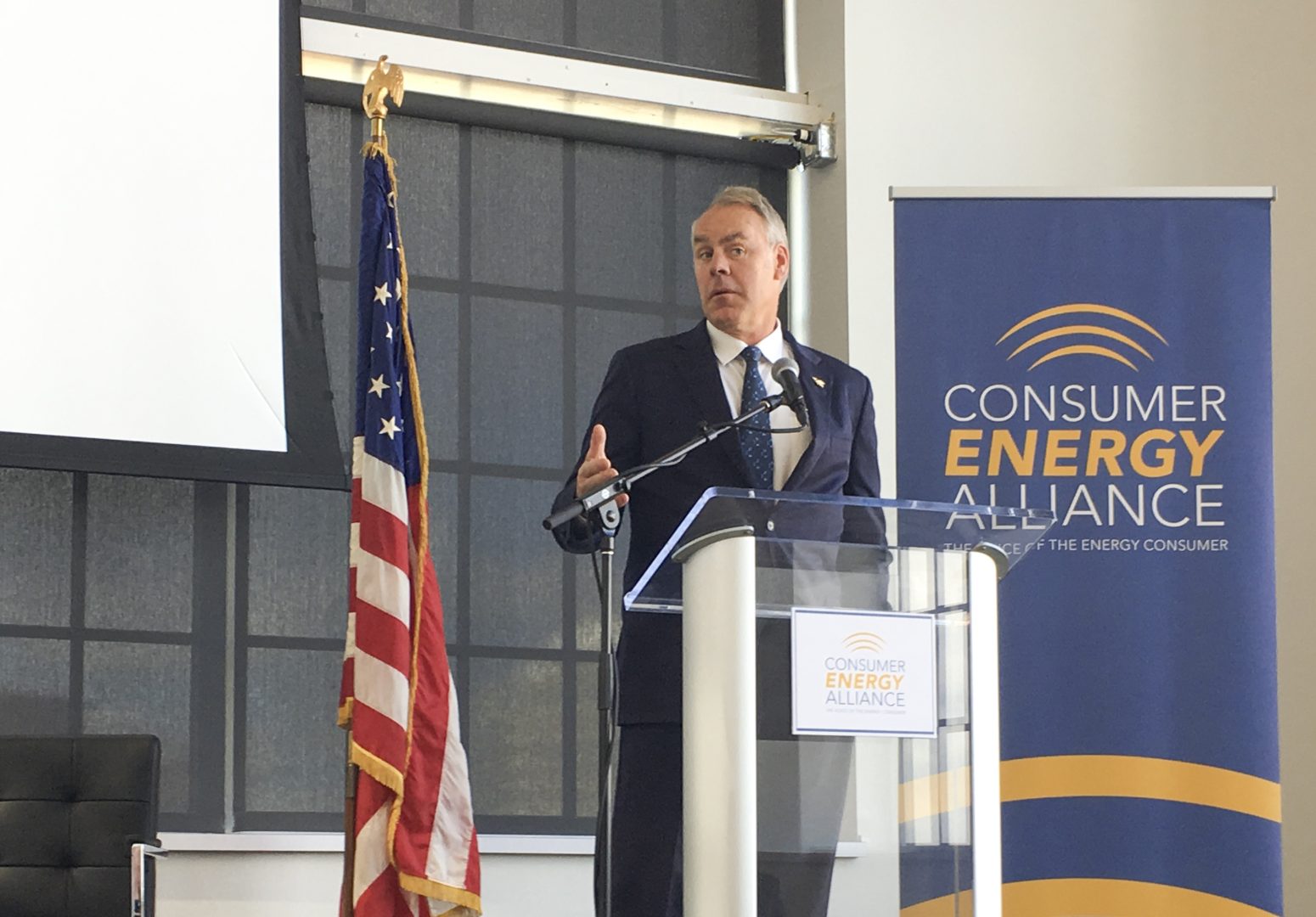 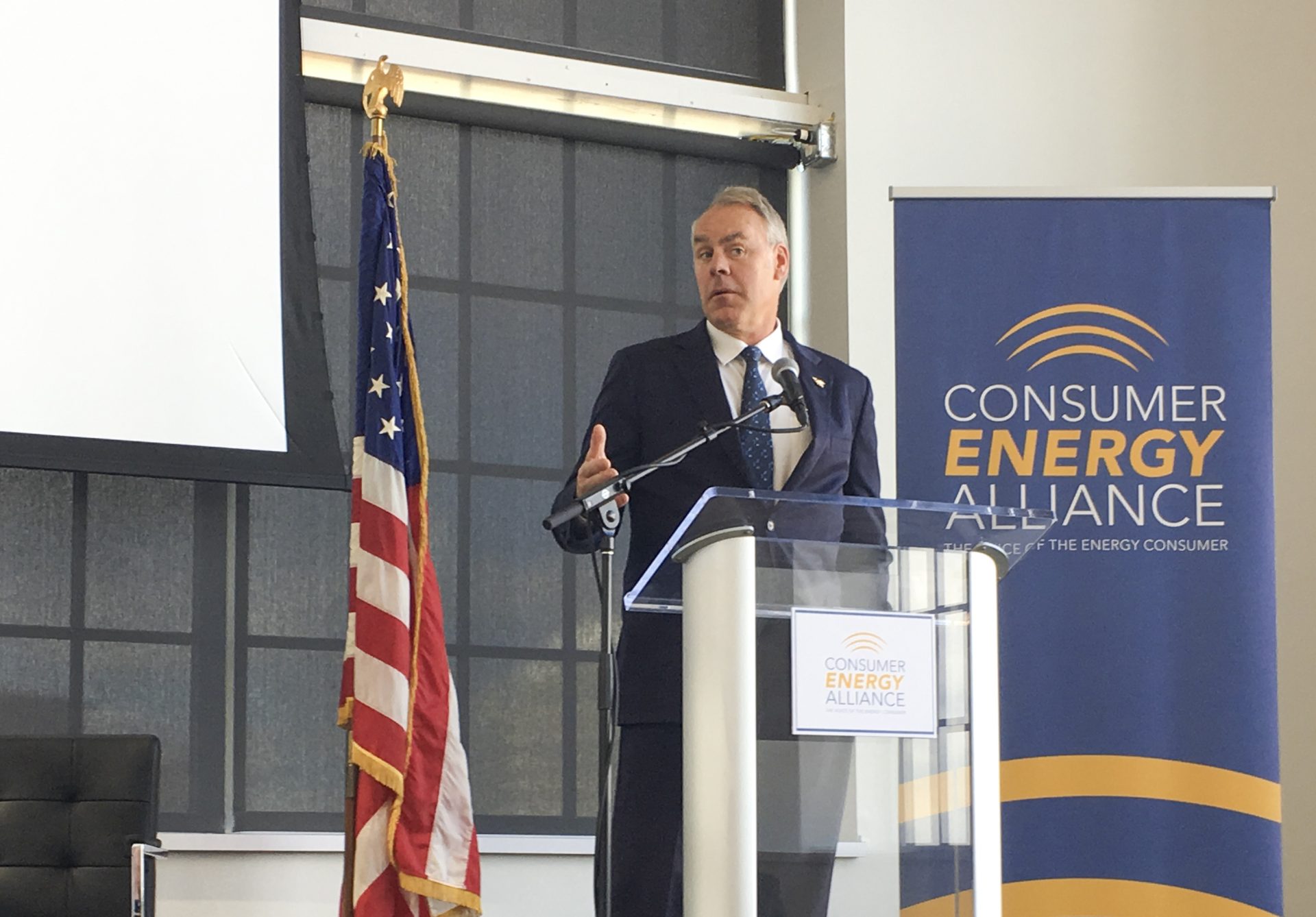 Interior Secretary Ryan Zinke stopped in Pittsburgh on Friday to say that natural gas from places like Pennsylvania plays a key role in helping the United States deal with foreign adversaries.

If an energy-rich nation like Russia or Iran were to act aggressively toward the United States, he said having an abundance of natural gas would help counter that move.

“We can make sure their energy does not go to markets if we need to, and place great economic leverage,” he said. The U.S. can do that because it’s the world’s largest producer of oil and natural gas, he said.

Zinke’s comments came during a conference hosted by the Consumer Energy Alliance, whose members include businesses, unions and energy groups, among other organizations.

He said he foresees the United States helping supply places like Japan and South Korea that rely on energy imports.

The CEO of pipeline developer Williams, who also spoke at the conference, said Pennsylvania continues to be constrained by a lack of pipelines that can carry gas out of the state.

“The problem is you’ve got to get it where there is new market,” Alan Armstrong said. “Most of the new market is developing in the southeast states and in the Gulf Coast.”

Zinke, in his remarks, touched on an issue that has plagued Williams in recent years.

The company ran into an obstacle constructing its Constitution Pipeline, which would carry Marcellus Shale gas north out of Pennsylvania. New York denied the project a key permit in 2016. Williams challenged that decision, but the U.S. Supreme Court this year opted to leave in place a lower court ruling that sided with New York.

Zinke added that other states have blocked energy-related infrastructure projects, including Washington, which has held up proposals to build a coal export terminal and an oil-by-rail facility.

“We’re going to have to have a discussion on whether a state has the right to diminish the economic livelihood of another state, of an adjacent state,” he said.

The Interior Department has made recent moves to help two of those industries develop offshore. Earlier this year, Zinke opened up much of the U.S. coast to offshore oil and gas development. That decision has drawn widespread protests, including in New Jersey.

The department this spring announced a proposed lease sale to build wind farms in the ocean. Zinke said he hopes to learn from Europe’s offshore wind projects as the industry is still in its infancy in the United States. The nation’s first offshore wind farm went up two years ago near the Rhode Island coast.

He said his department and wind developers will need to work through a couple issues, including building the turbines far enough from shore that they are not an eyesore, and making sure the towers don’t conflict with fishing.

“I think it’s an enormous opportunity,” he said. “There’s a lot of excitement about offshore wind. We just want to make sure we do it right.”